Veterans fly back in time, soaring through the skies on a WWII bomber

This jet completed three missions on D-Day in 1944. 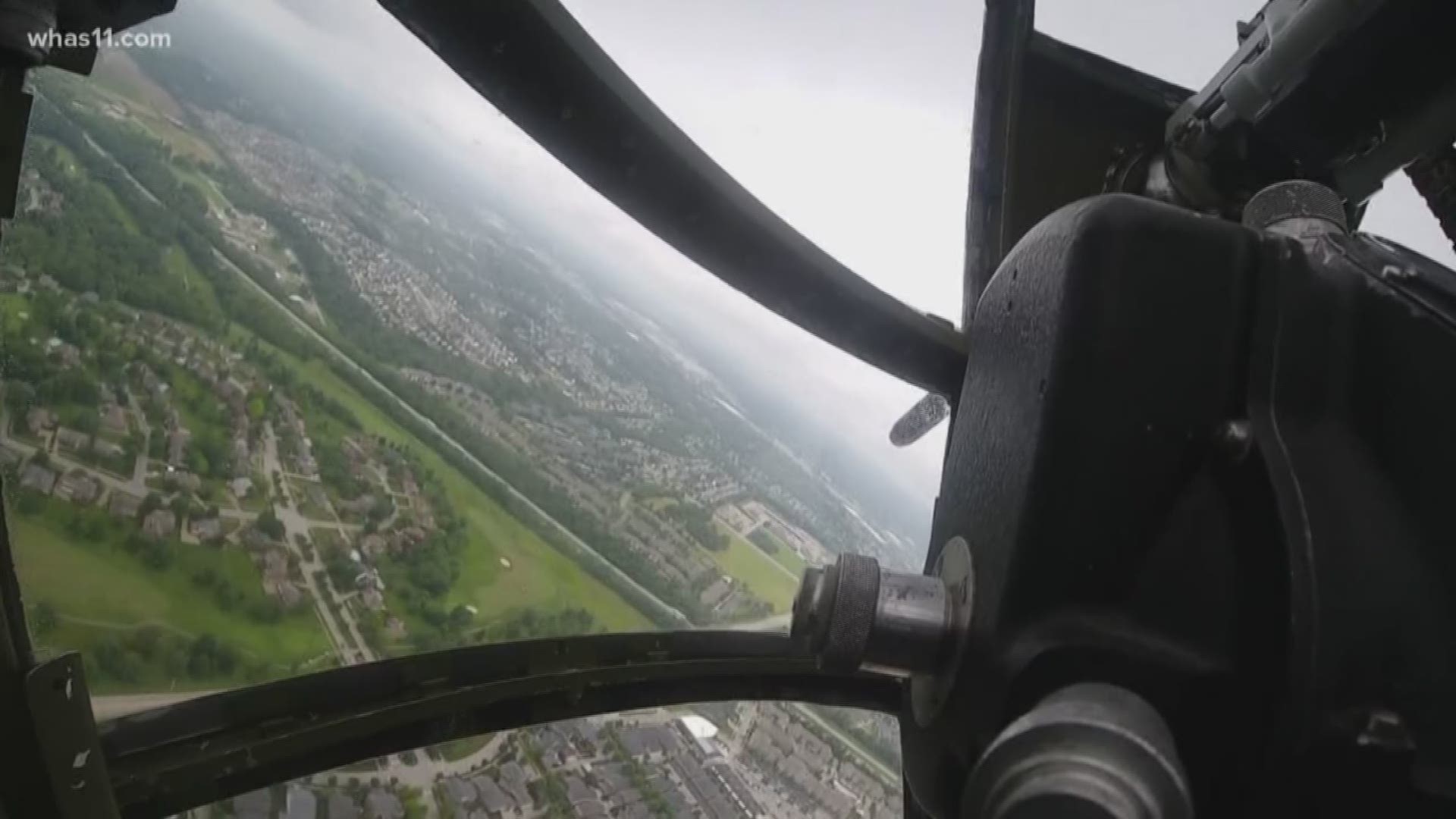 LOUISVILLE, Ky. — It's the chance of a lifetime for these WWII veterans. To zip and zoom over the city while sitting in a plane that flew three missions on D-Day in 1944.

"I thought my military career was over but my granddaughter, she had to see that. So she's got me hopping here or there."

Homer Denham is learning more about the war he served in 75 years ago.

"It's a good feeling I like being proud to be able to serve my country but I've never been up in any of these particular types of planes," he said.

The 93-year-old served when he was just 18 years old, alongside other men who never had the chance to grow old.

"And also I felt that connection when I was in service as being one family too," Homer said.

He looks back on the years that have passed.

"It's a feeling I'll carry with me the rest of my life," he said.

He remembers the men and women who lost their lives during the battle.

"Those guys actually didn't come back you know, I always think of that. That's the real heroes," Denham said.

But today, age is just a number to soar through the sky in honor.

We asked him, "Some people would say, 'Holy moly a 93-year-old is getting in a plane today," what do you want to say to those people?"

He responded, "Well, I'd say I'd jump out of one if I probably had the chance."

While Homer has years of stories to tell, he says he doesn't dwell.

"One thing I do regret, they asked for volunteers to join the paratroopers and I always wished I had then I would have known how to jump anyway," he said.

So today he got a small taste in the sky. A flight he says, he'd take again in a minute.