"I got a violation letter that stated the American flag was an unauthorized object and for me to take it down," said Air Force veteran Larry Murphree. 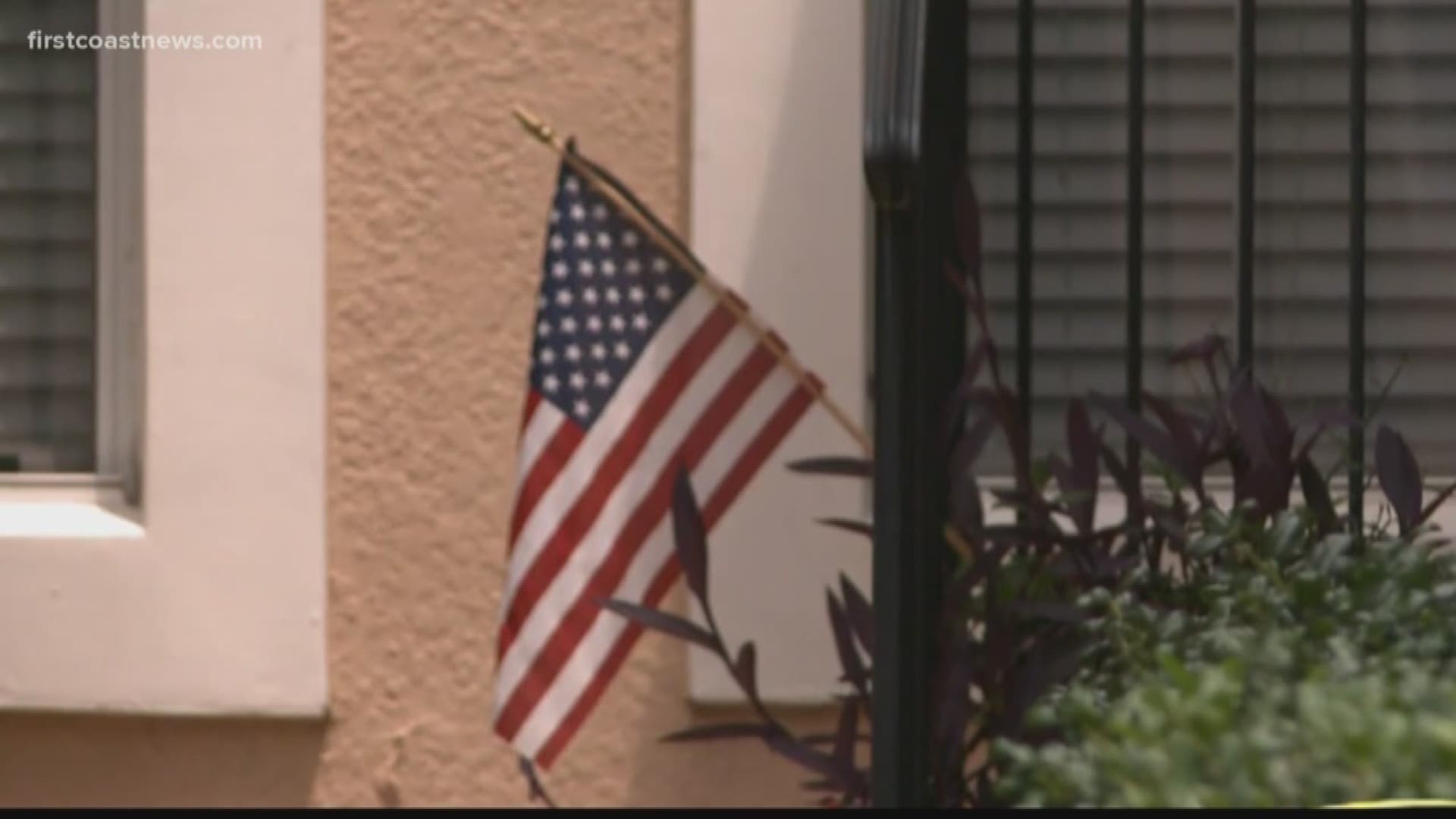 JACKSONVILLE, Fla. — They say home is where the heart is, and for Air Force veteran Larry Murphree, his heart is with his country.

"One day I was thinking about the country, and I put a small American flag on my front porch in a flower pot," Murphree said.

Murphree says it wasn't much, but it had meaning.

"It's a small flag," Murphree said, "but it stands for a big thank you."

"I got a violation letter that stated the American flag was an unauthorized object and for me to take it down," Murphree said.

"They started fining me up to $1000 because I wouldn't take the flag down," Murphree said.

So, that's when he got lawyer Gust Sarris involved.

"We believe we have the right to display the American flag, we filed suit in federal court," Sarris said.

Sarris says they came to an agreement that the flag could be flown and considered the battle a win. A few months later, though, Sarris says the HOA changed that flag ordinance to a flower pot ordinance.

"Somehow they re-categorized it and started doing the same thing again," Sarris said, "which was the same flag, the same flower pot, the same dirt and the same plant."

Murphree was again being charged $100 every day he didn't remove the flag. On top of this, he says his HOA was using his HOA fee money to pay off the fines unbeknownst to him.

"So, the monthly homeowner's fees weren't being paid," Sarris said, "that's how they were able to get a lien on the property."

Murphree says this legal battle has now drawn on for seven years, and all the while, he says the property kept finding new ways to fine him.

"They just started nitpicking everything that I did," Murphree said.

Murphree says he was given violations for not parking in his driveway straight enough, for having a snowflake Christmas window decoration up after Christmas, and for putting solar lights up at Christmas, just to name a few.

Along with what Murphree calls harassment by the HOA, he says he had to sell his condo to avoid being foreclosed on.

"Sold my place at a tremendous loss and got out of here," Murphree said.

But all though Murphree has moved on, his legal battle is still ongoing.

"Somebody had to stand up and say, 'this is not right,'" Murphree said.

We’re told his most recent lawsuit will be headed to trial next year.

Based on previous court records, the only thing the HOA permits in a planter is foliage/plants/flowers.

We have reached out to the HOA for a response but received an automated email that they would be out of the office until Friday, July 6th.

HOA laws for Florida can be seen here.

HOA laws for Georgia can be seen here.