Police told First Coast News the caller was watching the home for a neighbor when they went to check on the home and saw signs of forced entry. 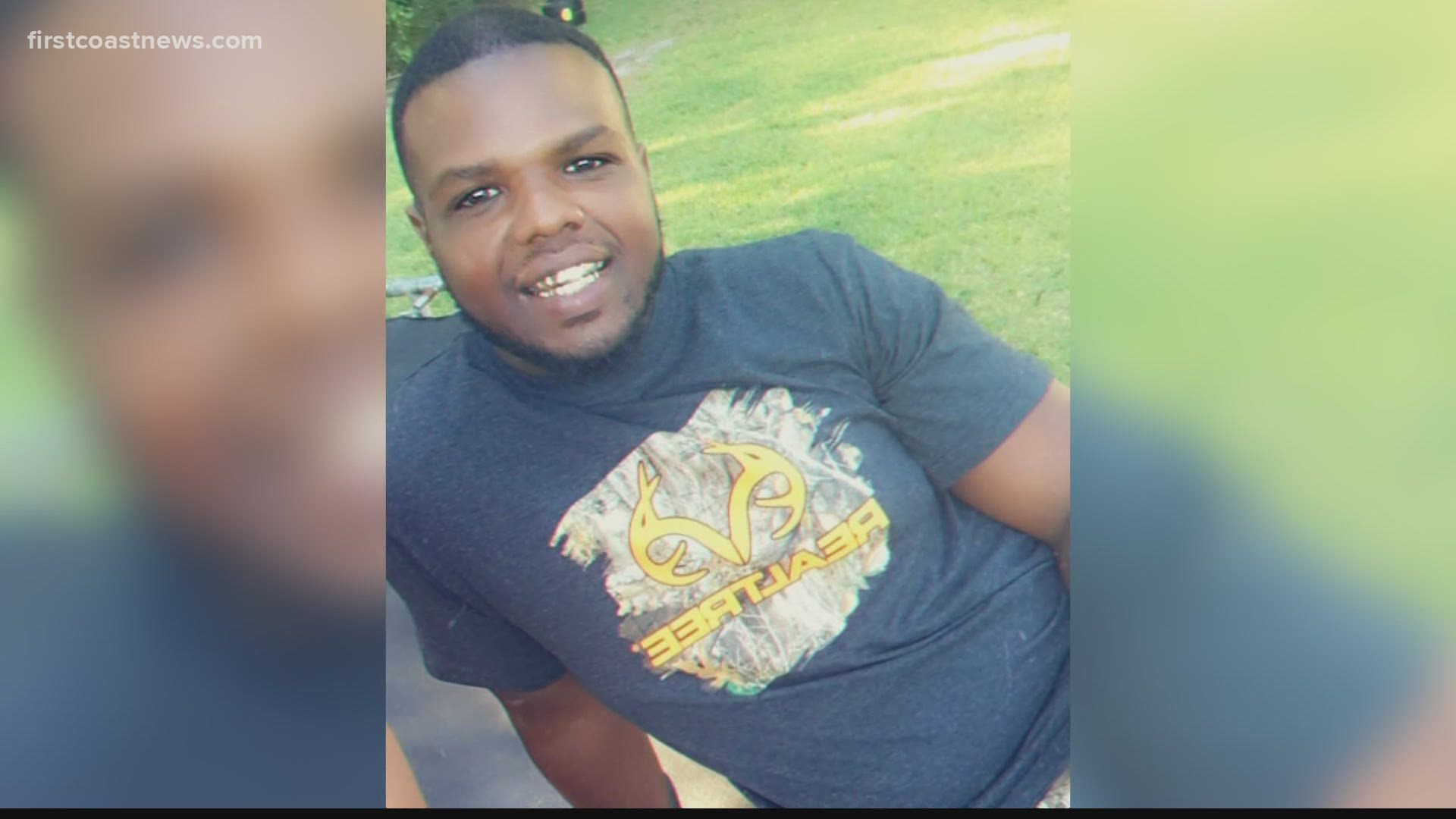 STARKE, Fla. — Police are investigating after a man was found dead inside a home in Starke Sunday morning, according to the Starke Police Department.

Police responded to the home at 511 E. Washington St. at 9:08 a.m. regarding a report of a possible burglary. Police told First Coast News the caller was watching the home for a neighbor when they went to check on the home and spotted a smashed window. At the scene, police said officers found the smashed window and "additional signs of forced entry."

Once inside the house, police found 28-year-old Demetri Jaron Blount dead on a living room couch with a gunshot wound to his torso. Police said the victim does not appear to be connected to the home, however, the department said he is from Starke.

While investigating the scene, officers found evidence of multiple gunshots fired in the area of the roadway and front yard of the home, according to police. Officers believe the victim went inside the home after an altercation.

“We believe that how he came to be in the house is that it was in close proximity to where the shooting occurred, and that he went in to shelter,” Starke Police Sgt. Michael Rooney told First Coast News.

A woman identifying herself as Blount’s girlfriend and the mother of their three young children told First Coast News that she, Blount and two of her siblings had an altercation with a group of men sometime after 10 p.m. Saturday.

But, she said, one of the men had initiated contact again, saying he wanted to fight Blount. What happened afterward is unclear, and no one seemed to know why Blount wound up being shot in an unfamiliar neighborhood in a different part of Starke.

“All I heard was my cousin was killed,” said Avis Thompson.

Thompson, who lives in Ocala, said she’d arrived earlier Sunday hoping to get information for her family about Blount’s killing. But as of Sunday evening, she said all she has are conflicting stories.

Police did not release any information regarding a suspect but said officers are on the lookout for a dark-colored, 4-door vehicle of an unknown make and model.

“He didn’t deserve that because they didn’t even know that to do that to him,” Mitchell said. “And now my kids, they don’t have no daddy.”

Credit: Starke Police Department
Starke police are searching for a vehicle suspected to be involved in the death of a man found shot inside a Starke home.

Starke Police Department
Police activity in the area of a Church Street and Washington Street... . Avoid the area as roads are blocked from Brownlee Street South to Adkins Street while Cherry Street to Water Street is also closed.