How can you get rid of those pesky biting yellow flies? We set out to verify if homemade yellow fly traps really work. 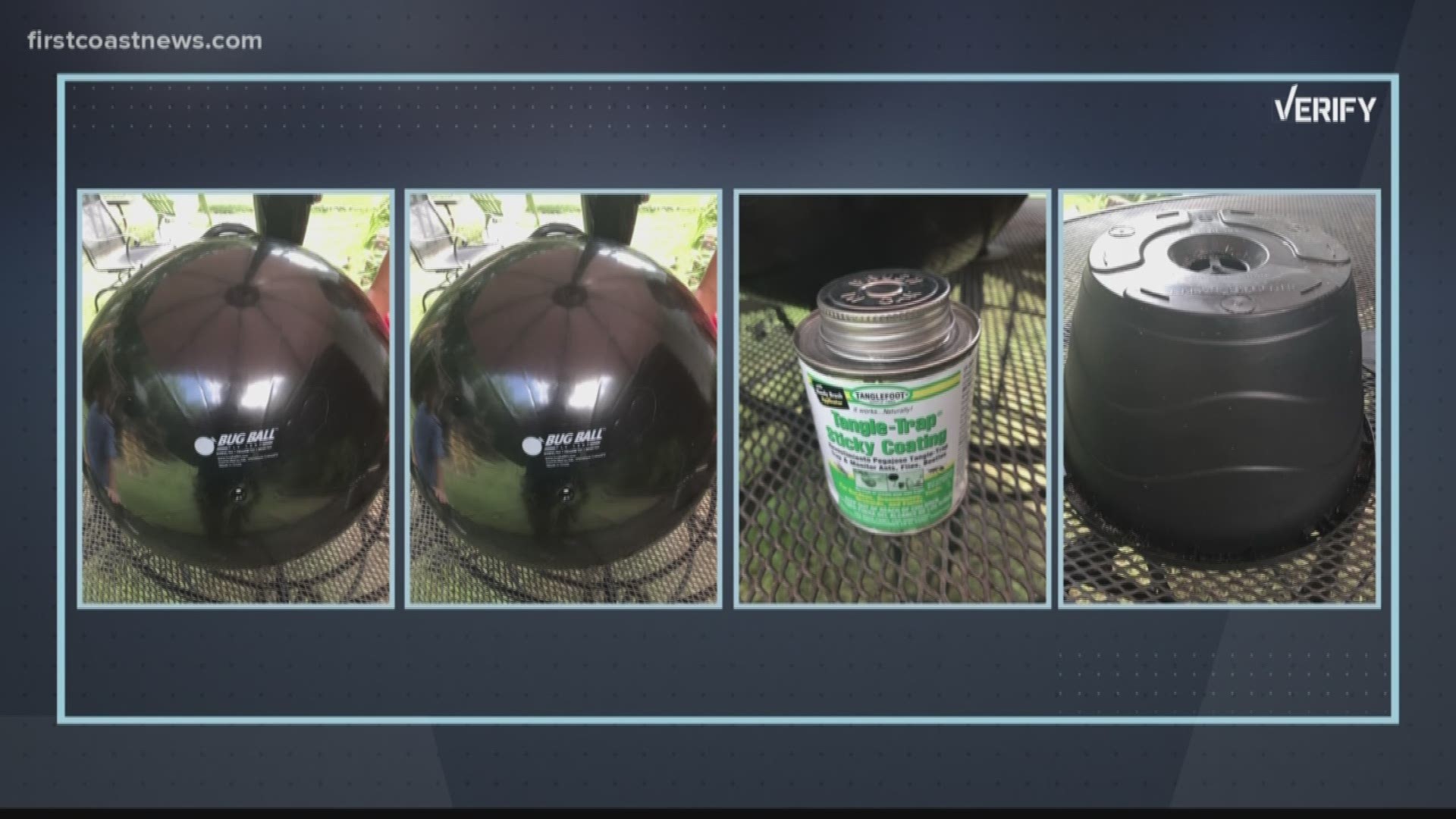 JACKSONVILLE, Fla. -- They bite. They can make you swell and bleed, and right now it's peak season for yellow flies on the First Coast.

"While they don't really carry diseases the bites can be painful and they tend not to swarm like mosquitoes do but a few of them can a really really ruin your day," said University of North Florida Biology Professor Daniel Moon.

So how can you get rid of them? I set out to verify if homemade traps really work.

For under $40, I purchased two Bug Balls and a can of Tanglefoot Tangle-Trap. We painted the sticky coating on the balls, attached string to them and then hung them in trees in different spots to see if they would catch the dreaded yellow flies. Within hours, flies were stuck to the balls.

Three days later we checked our traps again. One of our traps caught 16 yellow flies!

"Unfortunately, with yellow flies and deer flies and horseflies there are no pesticides or sprays that can completely get rid of them either, but there are some traps that can be effective," Moon said. "And one of them that I think people have probably heard about are these black balls and they actually have been shown to be pretty effective in reducing the number particularly of yellow flies."

"This is an easy DIY project. It doesn't even have to be a ball, really it is any shape," Moon said. "So you can use something that's square, rectangular. It doesn't really matter as long as it is a dark color and glossy and has the Tanglefoot on it. One of the other things that seems to help is if it can move a little bit so rather than you know fixing it firmly to a pole. If you hang it and let it sort of move a little bit in the wind the motion tends to attract the yellow flies."

So we can verify homemade yellow fly traps really do work. While there is no magic bullet to eradicate all of them, you can easily reduce the yellow fly population around your home.

"It doesn't take catching hundreds or thousands of them to really make a difference like it can with mosquitoes. Sometimes catching four or five of these flies in your backyard can make a difference," Moon said.

While yellow flies don't carry diseases, their bite can cause problems.

"When they bite, they actually cut the skin and so it's just like getting any other kind of cut," Moon said. "If they have something on their mouthparts that maybe your skin reacts to it can result in a rash. Sometimes because they do open up the skin people can get secondary infections."

May and June are when yellow flies are most prevalent in the Southeast, but Moon says most should be gone by the end of summer.

Tanglefoot is sticky so if you get it on your hands it won't wash off easily. Instead of using soap and water, try using butter or baby oil to remove it. You can also purchase Tanglefoot in a spray which tends to be less messy, but Moon says it may not last as long.