VERIFY: Can Gov. Scott deliver on his campaign promise to enforce term limits?

Gov. Rick Scott is out on the campaign trail preaching his message of putting an end to "career politicians." In a commercial, he says the only place in our country that is against term limits for members of Congress is Washington D.C. 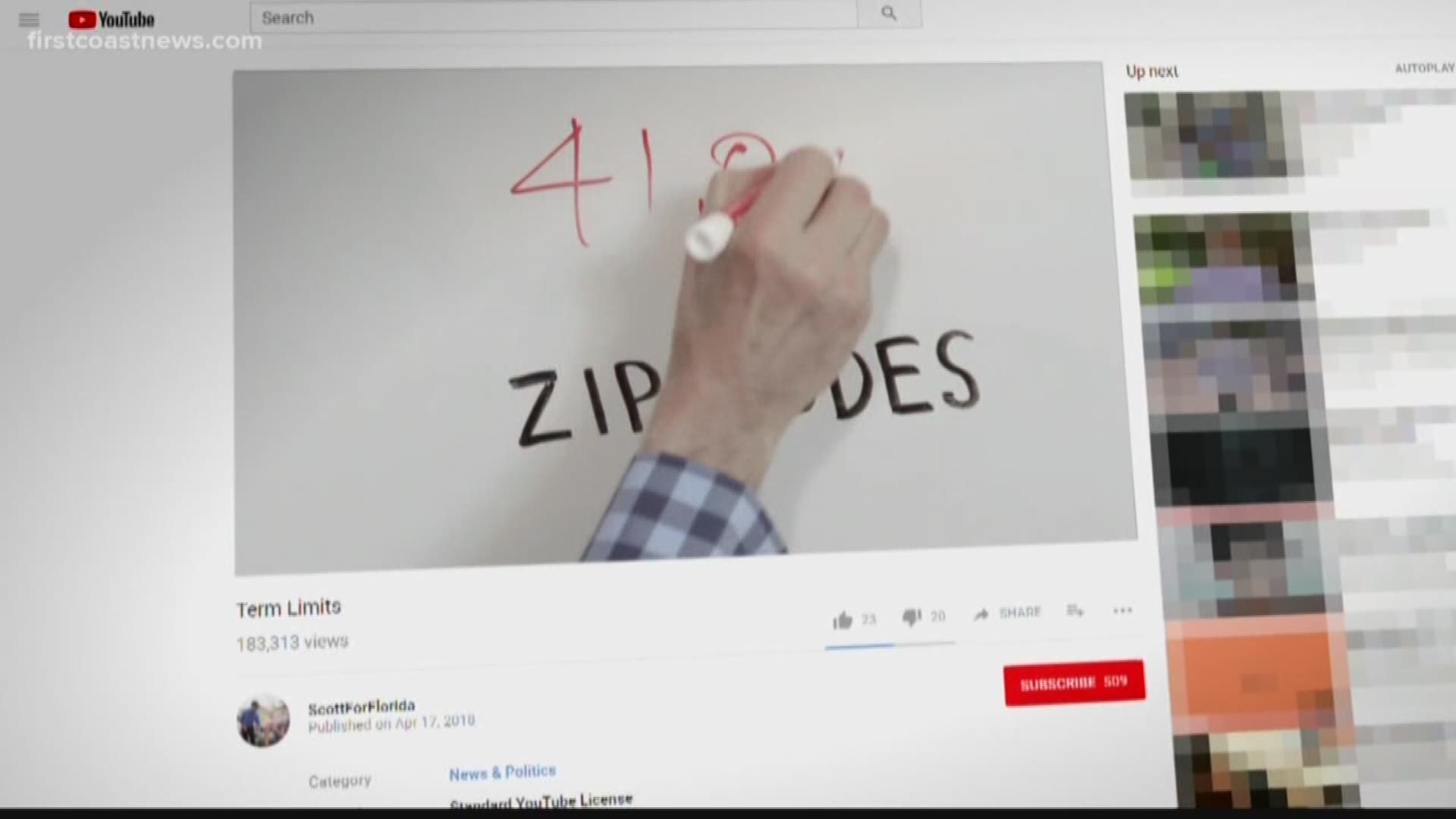 It's that time of the year when we're starting to see political advertisements on our television screens, social media pages and even hear them when we turn on the radio.

Gov. Rick Scott is out on the campaign trail preaching his message of putting an end to "career politicians." Scott is running against Democratic Senator Bill Nelson, who is seeking his fourth term. In a commercial, he says the only place in our country that is against term limits for members of Congress is Washington D.C.

So, let's look into that.

We found a Gallup poll from 2013 that shows 75 percent of Americans, given the opportunity, would vote for term limits for members of both houses of Congress.

Another national poll we found, conducted this year by McLaughlin and Associates, said 82 percent of voters surveyed approve of a constitutional amendment to place term limits on members of Congress.

So, Gov. Scott could be right. But how likely is it that he would be able to make this happen?

Well, it's going to take a lot of work because of a Supreme Court vote in 1995. An article from New York Times when that vote happened reads "The Supreme Court ruled today that in the absence of a constitutional amendment, neither states nor Congress may limit the number of terms that members of congress can serve. The vote was 5 to 4."

So, basically, the constitution would have to be amended and that's not easy. We went to University of North Florida Political Expert Dr. Michael Binder to explain.

"You need a constitutional amendment, which would require two-thirds of each house of Congress to agree to limit the amount of time they can serve on their job," Binder said. "Then you would need three-quarters of the state to ratify it. You can't get Congress to agree on what day of the week it is, much less get two-thirds of them to buy into this. I think the likelihood of anything like this occurring is nil at best."

We can verify that yes, many voters probably are in favor of term limits. But, the chances of Gov. Rick Scott actually getting the constitution amended, according to Binder, is slim to none.

If you have a political ad you would like for us to verify, email Anthony Austin at aaustin@firstcoastnews.com