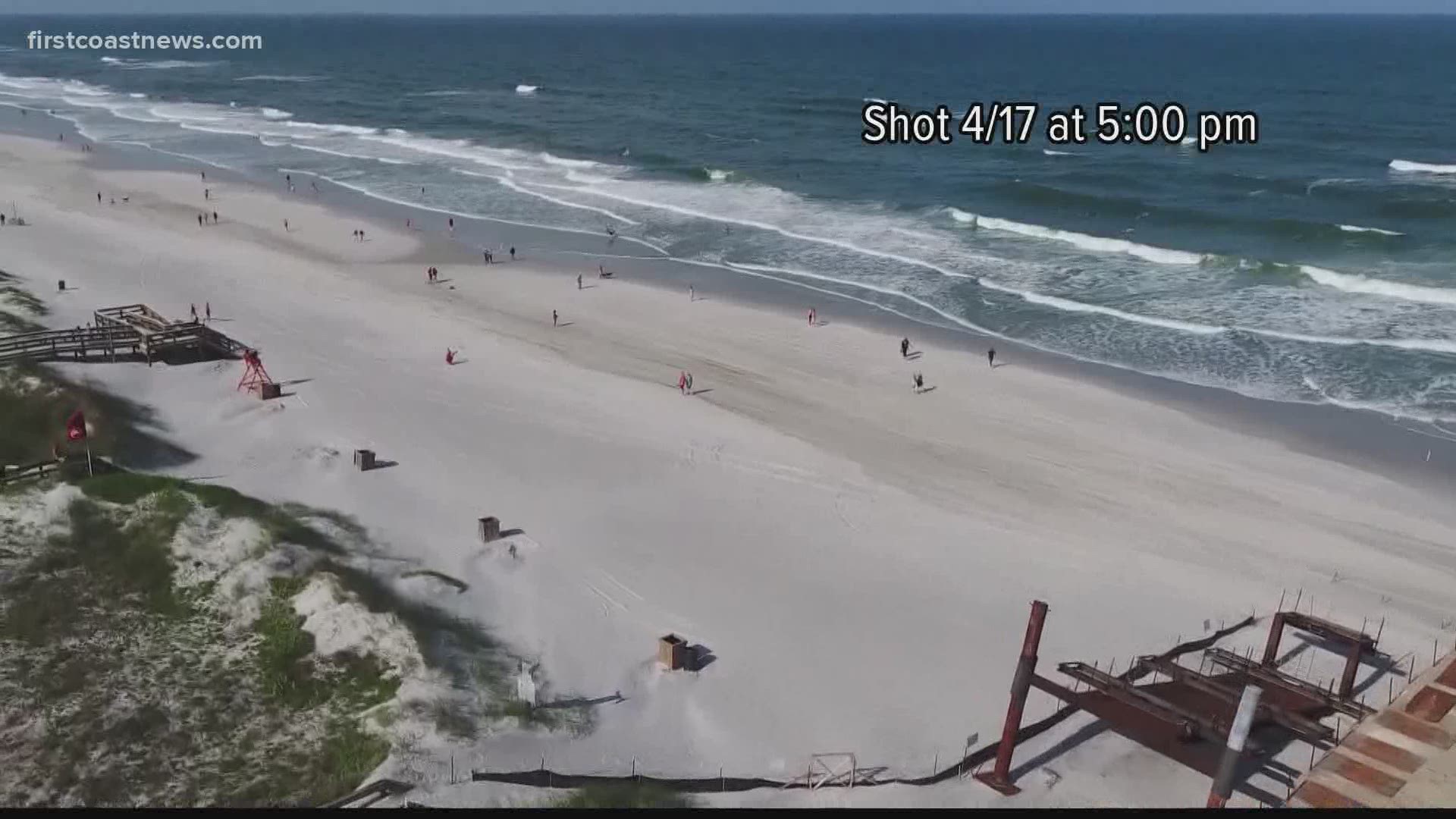 JACKSONVILLE BEACH, Fla. — Over the weekend, national media outlets criticized the decision to reopen Duval County beaches, and with the vast number of photos being shared online, it’s important to keep some of them in perspective.

Friday, April 17, was the first time in four weeks the beaches were open and around 6:00 p.m. that day, there were many people. Most people were staying six feet apart outside of a few rulebreakers, but not all pictures and videos shared the whole story.

The image is real, but it does not show exactly how far apart most people are. Some people in focus could be six feet apart, others aren’t. But out of focus in the distance, it’s hard to tell how close everyone is.

FOX News interviewed Jacksonville Beach Mayor Charlie Latham on Monday. Part of FOX News' video is from a local news outlet’s sky camera and is accurate. But another video in the same segment is not from that same day.

Mayor Latham told First Coast News he feels most people on Friday were following the rules, and at this point, the beach openings are being evaluated on a day to day basis.

“So far, we haven’t had any arrests, no notice to appears," Mayor Latham said. "We had a couple when the beach was closed because people were defiant, but since it’s been open, I think people are trying hard to make sure beaches stay open.”

Mayor Latham and Jacksonville Mayor Lenny Curry said they feel most people are following the guidelines, but what we see with the human eye is a lot different than what a photo or video camera can show.

Whether it’s from the sky or the ground, it’s important to keep perspective and to know how images and their use tell a story.