Is there a cure for a hangover?

It's time to ring in the new year but what can you do to keep your head from ringing the next morning? 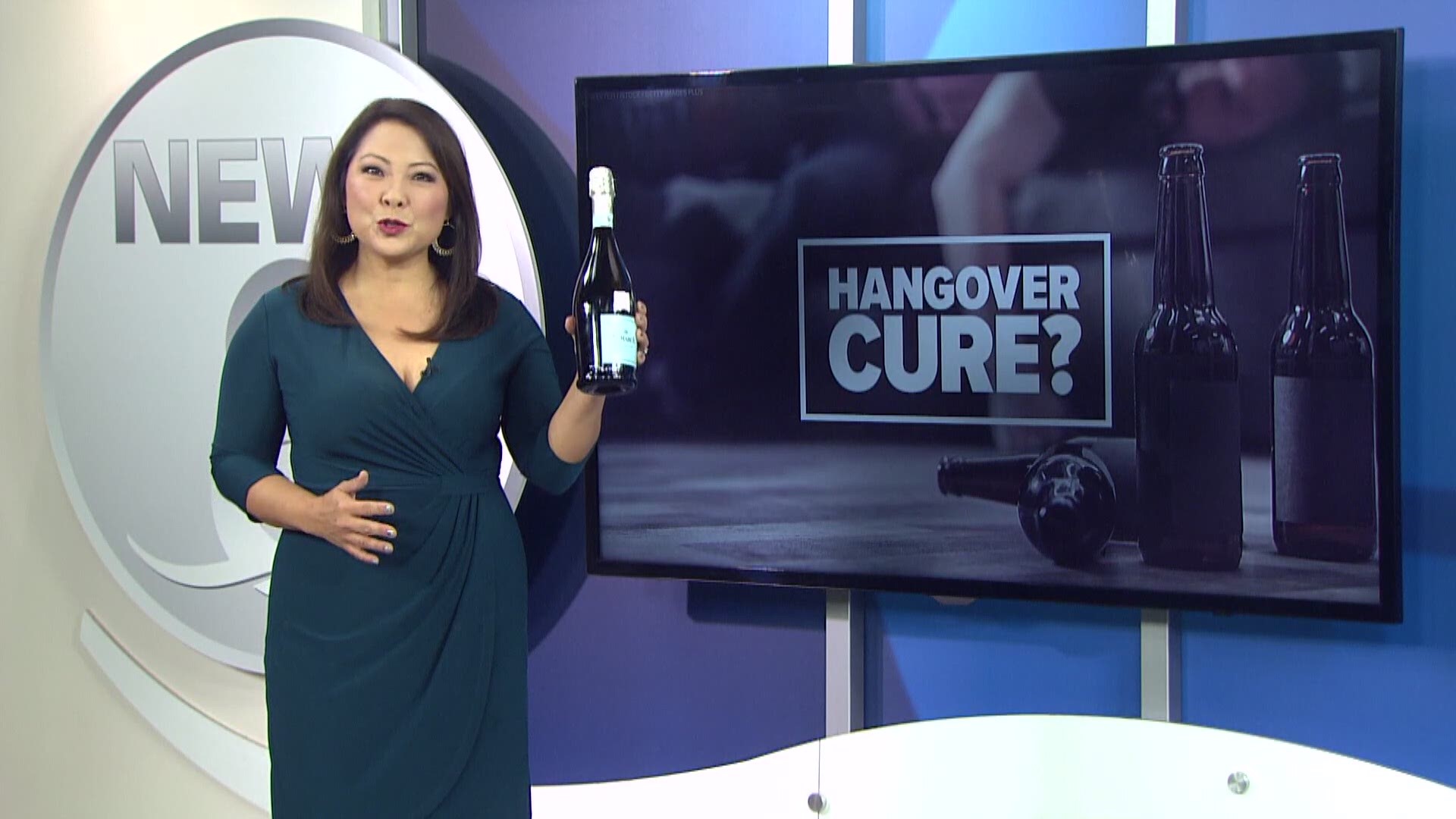 SAN DIEGO — It's time to ring in the new year but what can you do to keep your head from ringing the next morning?

And, what causes a hangover in the first place?

The company offers hangover treatments that include IV fluids infused with vitamins, anti-inflammatory drugs, and/or anti-nausea medication.  Treatments start at $89 and the mobile van can come to your location for an extra fee.

“IV works because you're giving someone hydration, quickly,” said Dr. Fisher.  “Nurses are actually administrating the IV and they're really good at what they do.”

Is a hangover really caused by dehydration?  Dr. Fisher confirmed that is true.

But what about a hangover cure?

First up, hair of the dog.

“After a hard night of partying, especially New Year’s Eve when I'm out with my friends having champagne, a nice shot or usually four shots of tequila usually helps me feel a lot better,” said Jeff Carol, a local on the Pacific Beach boardwalk.

Shots of tequila, Bloody Marys, or just more beer; will they cure a hangover?

“All you're really doing with that is, you're getting your blood alcohol back up again,” said Dr. Fisher.  “So, what's essentially happening is you're getting drunk again.”

Does hair of the dog cure a hangover?  The answer is no.

“The best cure for a hangover is being under the age of 24. That's it. That's the only way to do it,” said one patron at the Cass Street Bar & Grill in Pacific Beach.

“What I've heard is pickle juice because you need to replenish your electrolytes usually and pickle juice has a lot of sodium in it,” said one woman at Cass Street.

RELATED: Pickles popping up in some unexpected products

RELATED: Pickle, anyone? Check out San Diego’s only pickle store

“Liquid, in general, is going to help you.  It's going to hydrate you to some degree. And replacing some of the nutrients that you've lost, essentially, would be helpful. But it's not a cure,” said Dr. Fisher.

“It can help, yes. It depends on how long you're doing that for because, eventually, if you keep drinking glasses of wine it's going to catch up to you,” said Fisher.

Then, there are the food solutions.

“You can always mix up eggs and drink them straight down like Rocky did. They say that helps. But, personally speaking, I'm half Mexican so a bowl of menudo is also awesome,” said one surfer dude at the Pacific Beach Surf Shop on the boardwalk.

“It's probably salty and brothy, right?  So, it's fluids again and it's electrolytes again,” said Fisher.

Raw eggs and menudo may be good nutrition, but again, not a cure.

So, what's the answer to the age-old question?

“There is no real cure for being hungover,” said Dr. Fisher.

Just as you might have expected.  In the end, there's only one solution.  Just hang loose.

“Best advice, always, is moderation in life.  Moderation in everything.  Be happy.  Be joyful and don't ever miss a good day being hungover,” said a sober old-timer hanging out at the surf shop in PB.