Employees at Blackhat Vapor Company in Jacksonville say their products are safe and overseen by the FDA. 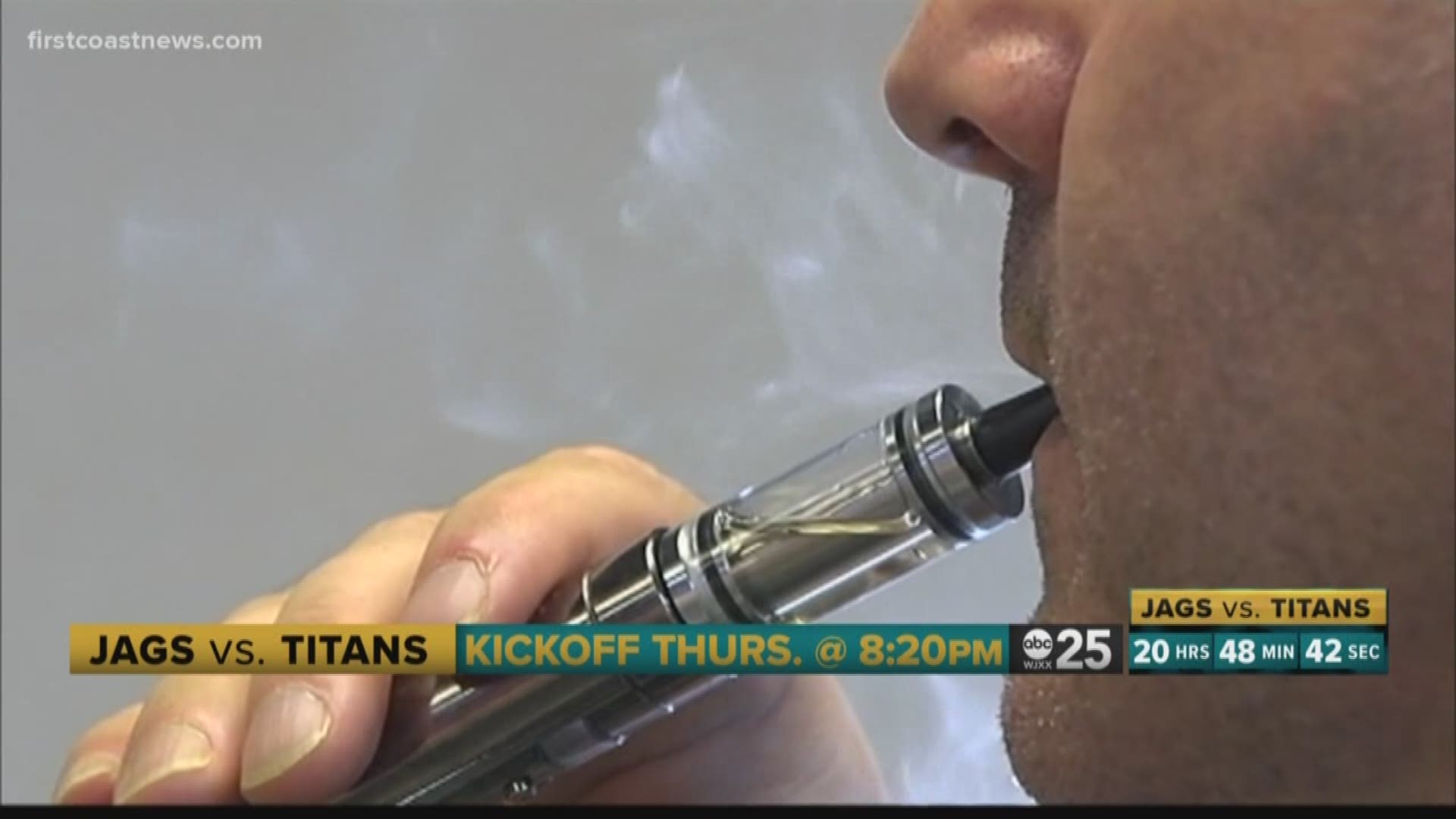 JACKSONVILLE, Fla. — At Blackhat Vapor Company in Jacksonville, employee Michael McCormick says there have been recent misconceptions about what he sells here.

"Is this an available alternative," he said. "It is for people who have struggled with smoking for a very long time or a very short time."

He used to be a pack-a-day smoker for 20 years but turned to vaping about five years ago. He says he feels healthier but is worried about the possibility of a ban on flavored e-cigarettes in response to recent vaping illnesses across the country.

"A lot of our customers are concerned as what the ramifications of this might be," he told First Coast News. "I am confident in that whatever decision is made, will be made in the best interest of public health."

He wants the public to know what's on his shelves is overseen by the Food and Drug Administration. In 2016, the agency extended its regulatory authority to cover all tobacco products, including e-cigs.

That required tobacco manufacturers to register with the FDA and for their products to include warning labels and ingredients.

"My confidence comes from the fact that we've established that our products are safe," he explained. "The additives, the components, how it is supposed to be used."

Around 380 cases of lung illnesses associated with vaping have been reported to the CDC.

On its website, the CDC says, "No consistent e-cigarette or vaping product, substance or additive has been identified in all cases, nor has anyone product or substance been conclusively linked to lung disease in patients."

McCormick says talk of banning vaping products is too broad without knowing the root cause.

"The work that we do here has been some of the most rewarding that I've ever experienced," he said.