"It's an extremely tough decision when you have a brother out there that you just can't find." - JFRD's Chief Keith Powers. 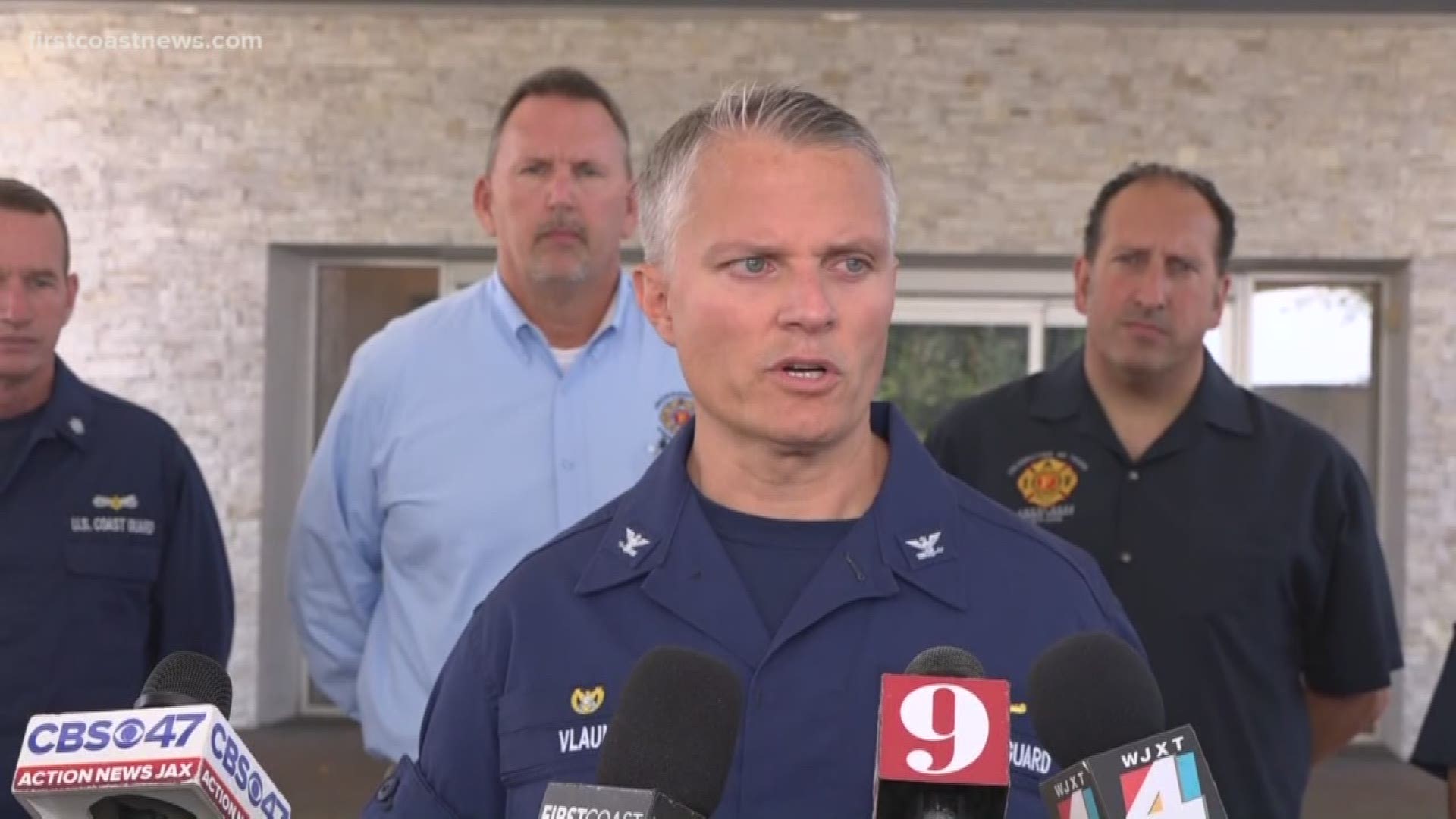 The Jacksonville Fire and Rescue Department and the U.S. Coast Guard announced that they will be suspending active search operations for the two missing firemen who left out of Port Canaveral on Friday and never returned.

"We had to make the extremely difficult decision to suspend the search at sundown," said U.S. Coast Guard Capt. Mark Vlaun. "But when suspend a search we never stop operating."

The Coast Guard said that the search was called off due to the lack of new information and the decreased likelihood of success.

"It's an extremely tough decision when you have a brother out there that you just can't find," said JFRD's Chief Keith Powers.

The search spanned over 105,000 square miles, twice the size of Florida, from Port Canaveral to New England.

"In my 25-year-career with the U.S. Coast Guard I have never seen a larger search operation," said Vlaun during the press conference.

The wives and family members of the two firemen were brought in on Thursday morning and sat down with search and rescue planners to discuss the details of the search. There the Coast Guard says that they answered questions and reassured them that just because they were stopping the active search, they were not going to stop looking.

Nonetheless, JFRD says that the wives and family members of Brian McCluney and Justin Walker are absolutely heartbroken.

"We're still looking for Justin and Brian," said Vlaun. "If we get any new information about them that will help restart (the search) process."

JFRD fireman Brian McCluney and Justin Walker, a firefighter from Fairfax, Va., were last seen Friday putting their single-engine 24-foot Robalo boat in the Atlantic Ocean near Port Canaveral. Thousands of searchers have been looking for the men since they've been missing. The search area has expanded into North Carolina and the New England area.

JFRD is still accepting donations as they access the needs of the family members both now and into the future.

You can make a donation by visiting www.jfrd.com.

Credit: JFRD
This is the last photo of the firefighters as they entered their boat into the water.