The Coast Guard's Unified Command reported "sporadic discharges" of oil from the Golden Ray cargo ship, which remains in the St. Simons Sound where it capsized. 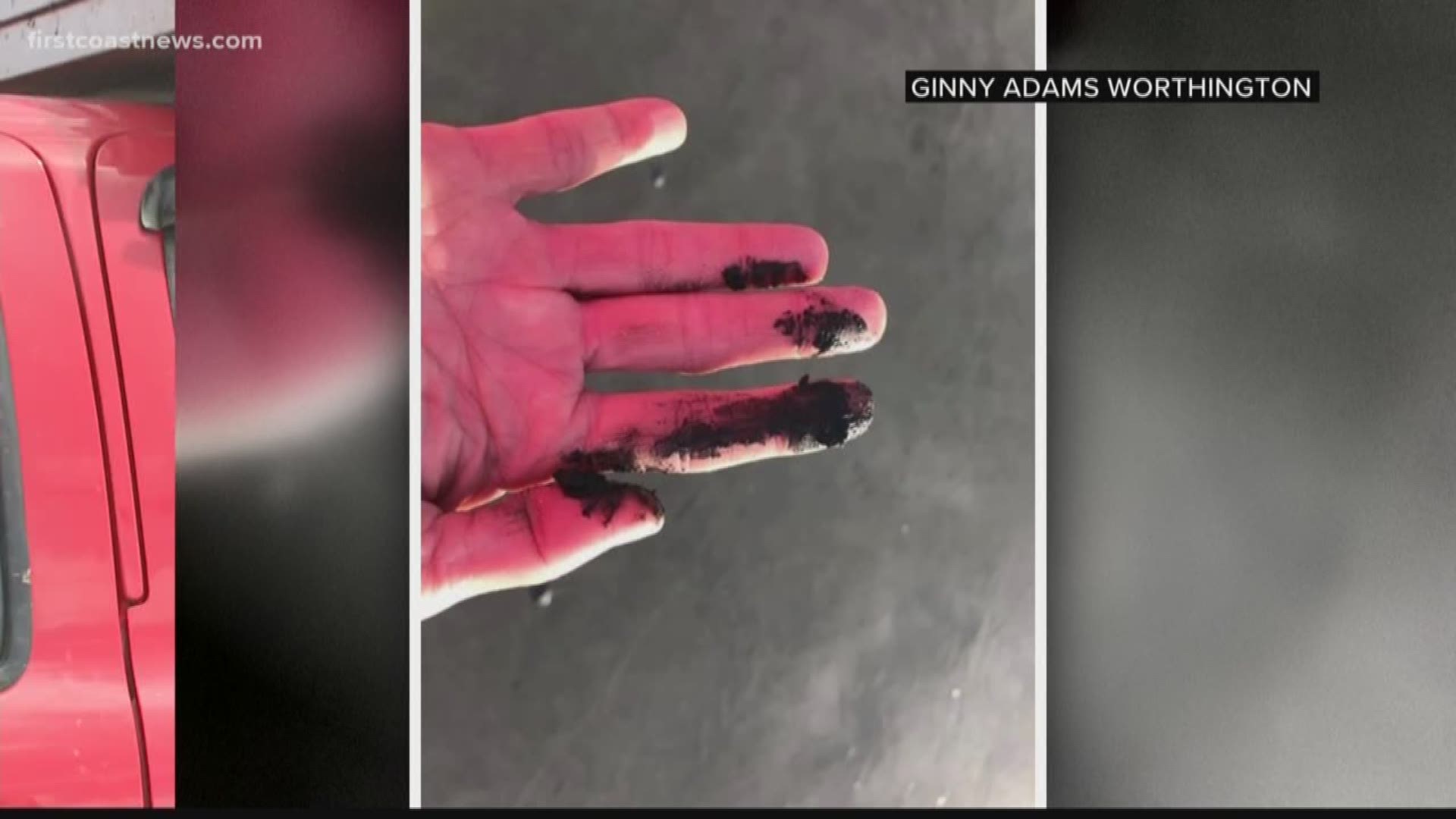 BRUNSWICK, Ga. — The U.S. Coast Guard confirmed Saturday reports of oil leaking from the Golden Ray cargo ship, which remains in the St. Simons Sound where it overturned back in early September.

"Shoreline impacts have been identified near Quarantine Island, Lanier Island, and the confluence of the Back, Mackay, and Frederica Rivers, with varying degrees of oil and sheen in the marshes," the Coast Guard said. "Mitigation techniques are being evaluated."

The Coast Guard said over 5,300 feet of boom has been deployed to protect the nearby Bird Island and 18,400 feet of boom is staged for use as needed.

The Coast Guard continues to warn the public not to touch the oil, instead report any oil sightings to 800-424-8802. Oiled wildlife should be reported to the wildlife hotline at 800-261-0980.

“We’re concerned we’re finding things that are newly reported, and we don’t think they’re being as responsive as we would like them to be," Sams said.

That day, Sams took a stalk of grass from the marshes along Back River, which still had some oiling on it.

The Altamaha Riverkeeper told First Coast News it is working with the University of Georgia to conduct tests of samples that will be gathered from different areas around St. Simons in the coming week.

The Golden Ray cargo ship overturned on Sept. 8, trapping 24 crew members. All crew members were rescued over the course of a few days, but the ship still remains overturned in the St. Simons Sound as the Coast Guard continues to work to remove it.