The report states that driver, Sergey Kovalev, drove the jet ski under the bridge located at San Pablo Road South. He ducked. She didn't. 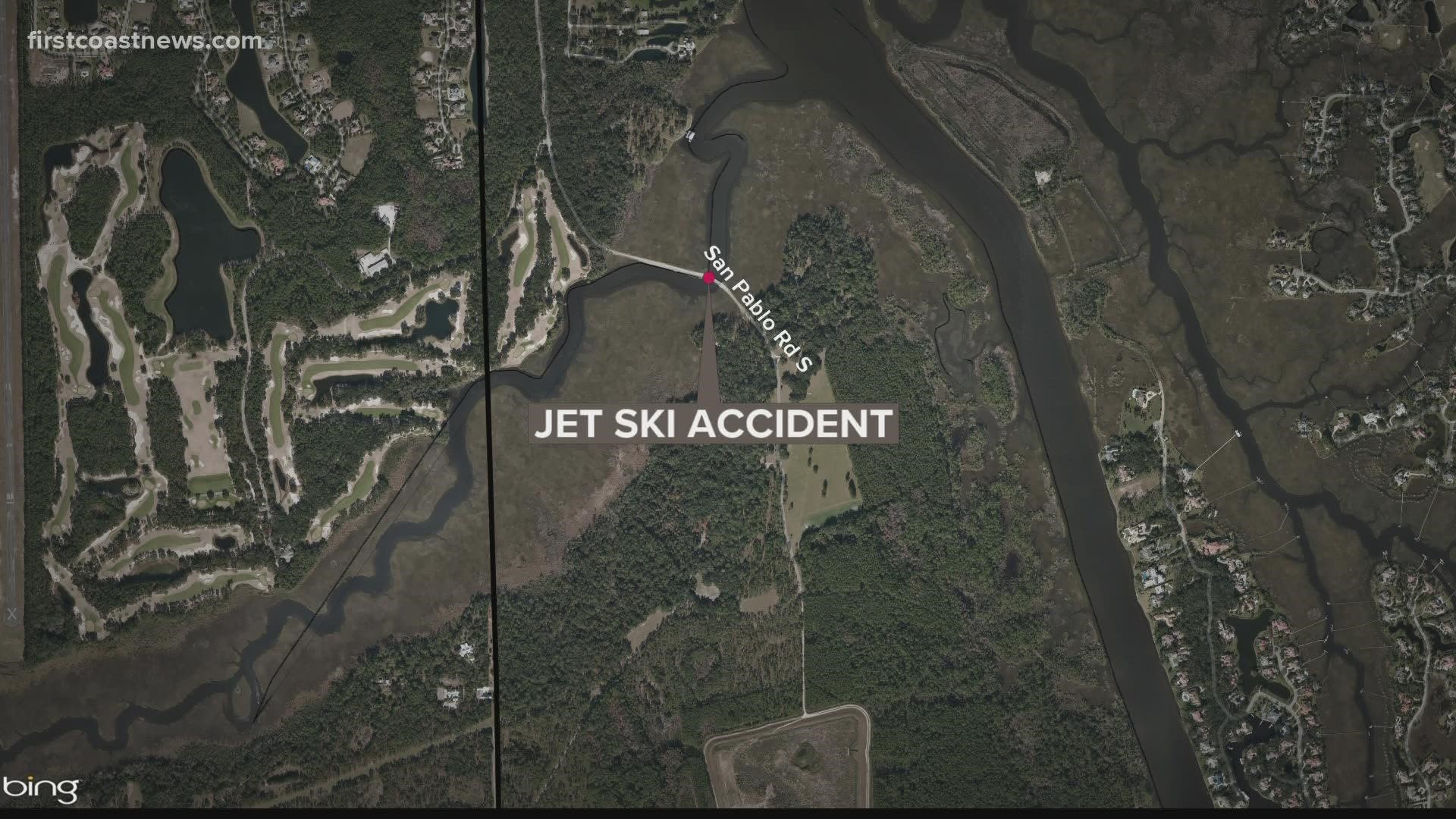 ST. JOHNS COUNTY, Fla. — (The video above is from an unrelated story)

The woman who died in a jet ski crash over the weekend in St. Johns County has been identified.

Yelena Kovalev, 37, of Jacksonville, died as a result of the incident, according to a report from the Florida Fish and Wildlife Conservation Commission.

The report says on Sunday evening around 6:30 p.m., a 2021 Bombardier jet Ski FL4001TA occupied by one man and one woman was traveling north on Pablo Creek.

The report states that driver, Sergey Kovalev of Washington, attempted to drive the jet ski under the bridge located at San Pablo Road South while traveling at approximately 20 to 25 mph.

Sergey Kovalev crouched down in order to drive under the bridge but Yelena Kovalev failed to crouch down, and struck her head, the report says. After she struck the bridge, she was thrown into the water, authorities say.

She was pulled from the water and brought ashore where she was pronounced dead by St Johns County Fire Rescue.

The FWC says this investigation is ongoing.