Flags were lowered to half staff and a moment of silence was held this morning at UNF in remembrance of the 18th anniversary of September 11, 2001. 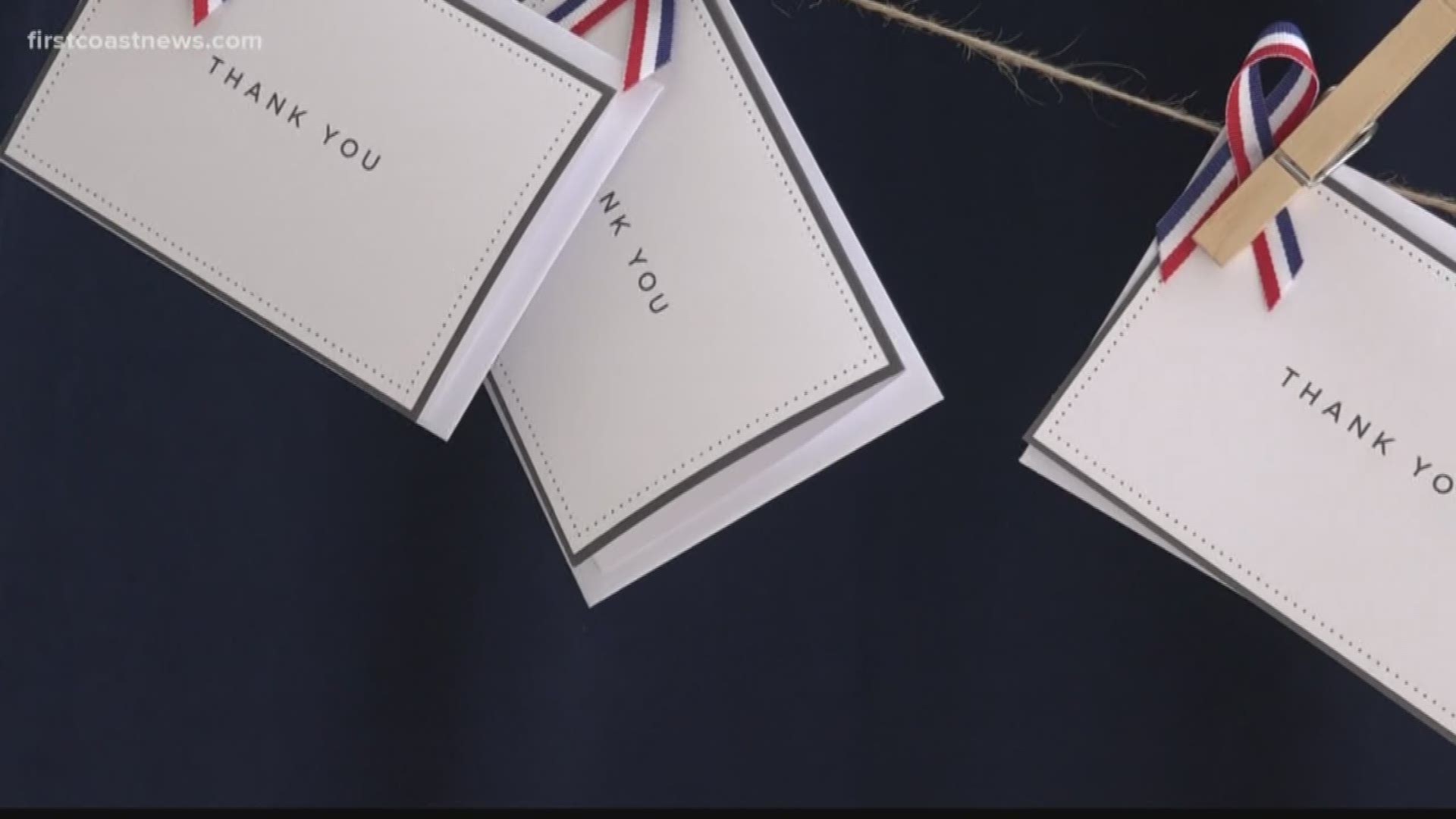 The University of North Florida held a Day of Remembrance to honor first responders, veterans, active service members and victims of 9/11.

Flags were lowered to half staff and a moment of silence was held this morning at UNF in remembrance of the 18th anniversary of September 11, 2001.

Many of the students at UNF don't remember 9/11 and some weren't even born yet.  But that didn't stop the outpouring of tributes to all the first responders who risked and lost their lives that day along with the military troops that served in the war that followed.

Kyana Goodman is a student at UNF and in the military.  She feels grateful to all those men and women.

“Just to have people who want to fight for the people they love and lose their life over it means a lot to me," she said.

The Student Union and Military and Veterans Resource Center set up a station in the courtyard for students to write thank-you notes to local first responders.

Gary Monahan helped plan the event with the student union.  He says this opportunity resonated with the big turnout of faculty, staff, and students.

“A lot of people that have said you know, my mom is a police officer or my dad was in the military [and] we definitely [can't] forget about our veterans either," Monahan said. "It’s been very cool to see everybody, students, faculty, staff, come together and thank people that I think really don’t get thanked enough.”

Mitch Mitchell is one of the Navy veterans on active duty 18 years ago during 9/11. Stationed in Jacksonville, he remembers feeling vulnerable. Today he feels honored students who were mostly too young to remember 9/11 are thanking people like him.

“America changed that day," Mitchell said. "We became more than just one, we became a community of one in America and that day still resonates with me … I feel great because their parents know ... letting [their children] know ... we never let our guard down and remembering those who gave their lives for America."

All of the thank you notes will be dropped off to the Jacksonville Fire and Rescue Department, the Jacksonville Sheriff's Office and UNF Police, recognizing not just the sacrifices of first responders on 9/11, but what they do every day.