VIDEO: Middleburg couple runs away from reporters after hearing on charges connected to Capitol riots

A man and woman charged with unlawfully entering the US Capitol sprinted away from reporters. 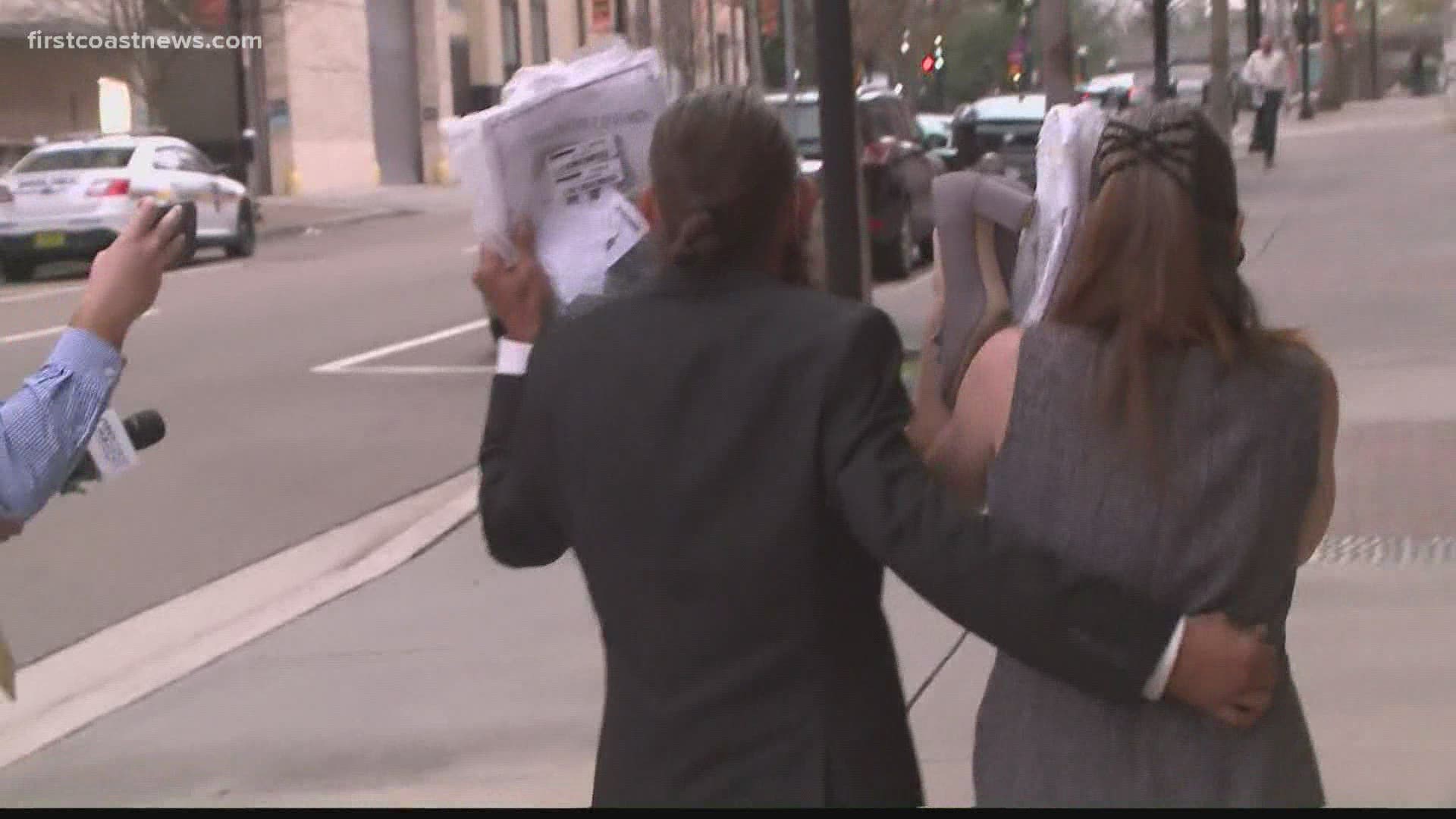 JACKSONVILLE, Fla. — A Middleburg man and his girlfriend sprinted out of a federal courthouse Tuesday to avoid questions from reporters after being charged in the DC riots.

Dana Joe Winn, 45, and his 40-year-old girlfriend Rachael Lynn Pert, allegedly drove to Washington DC to participate in the January 6 insurrection at the Capitol.

On Tuesday, the couple turned themselves in to the FBI and had their first hearing before a federal judge.

The two sprinted away from the US District Court in Downtown Jacksonville, refusing to answer any questions about their actions.

Two people from Middleburg charged in the insurrection at the Capitol sprinted out of a federal courthouse after their hearing @FCN2go pic.twitter.com/DLY0XxCnxk

In court, prosecuting attorneys asked for each defendant to post a $25,000 bond.

According to a complaint filed in the US District Court for the District of Columbia, the DC Metropolitan Police Department received an anonymous tip identifying two people, Pert and Winn, from a flyer containing photographs of two people inside the US Capitol.

The picture filed in the complaint appears to show the couple inside the Capitol building with Pert wearing a flag and Dana Winn with an American flag and a hat.

The complaint says the tipster identified Pert as a co-worker at a Circle K in Middleburg, FL. The tipster said Pert was the assistant manager at Circle K and requested time off work to "go to this."

The photograph was compared to photos in the Florida Driver and Vehicle Information Database, which identified Pert wearing a flag as a cape with the letters "UMP" is Pert, while Winn was identified for wearing an olive green Trump hat.

Dana Winn's Facebook account included a live video showing the couple driving near the area of I-10 and I-95 heading to DC. In the video, Winn can be heard saying they were traveling "cause us as American patriots, we're tired of all this [expletive]."

Winn continued saying, "I never really knew how deep and corrupt all this crap was and how far back it's gone, but America needs to wake up."

Conditions of their bond include wearing an ankle monitor, they cannot live with each other, they cannot discuss the facts of the case and cannot travel anywhere outside the Middle District of Florida.

Both suspects tested positive for marijuana in their system, and Winn was required to get rid of his firearms before his next hearing.

The two who had court-appointed attorneys were not required to enter a plea.

The couple will appear before a DC judge via Zoom on Friday, January 29. 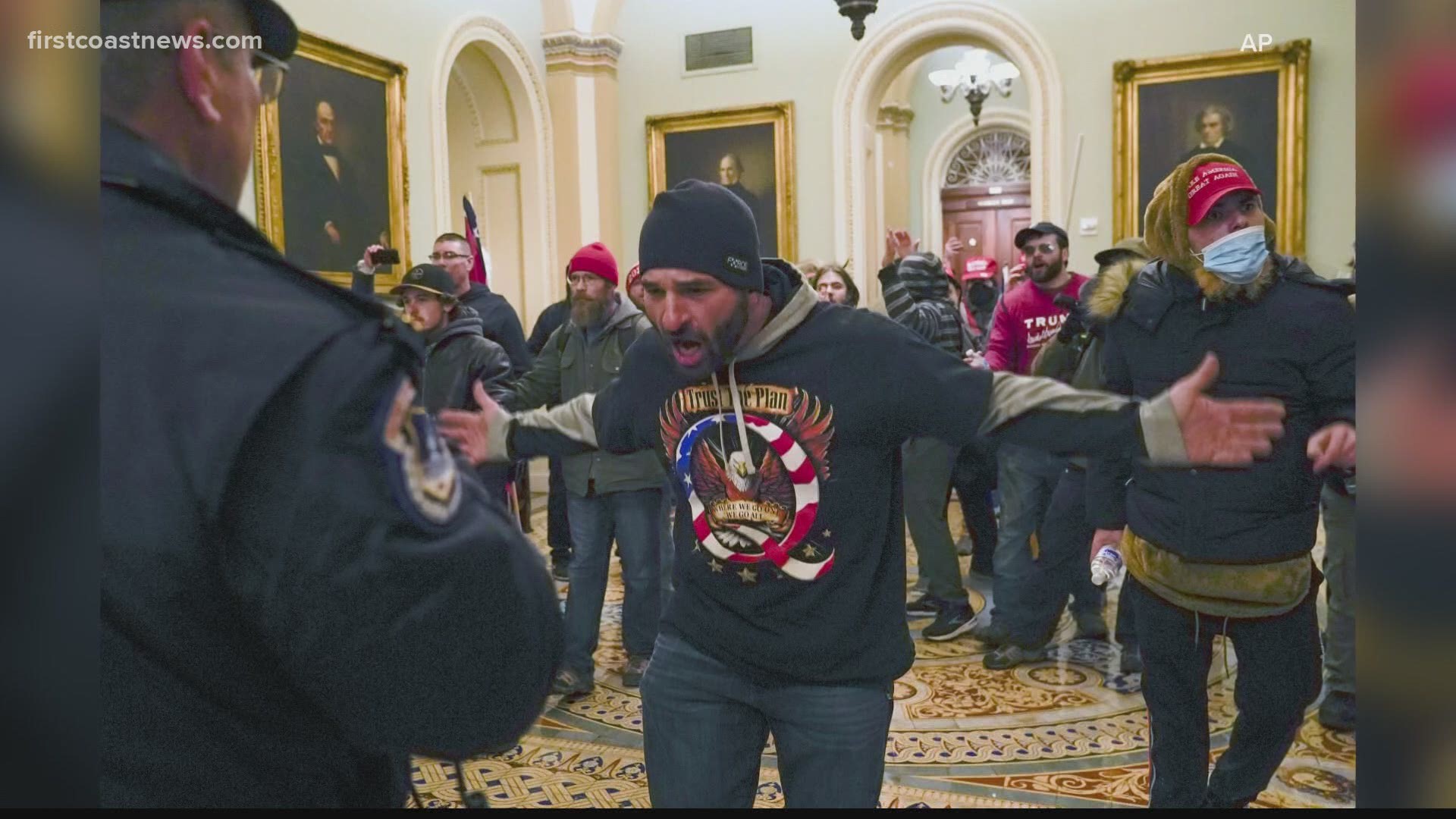