Crews responded to the 4300 block of Ocean Street around 4 a.m. and discovered two boats heavily engulfed in flames and smoke at a dock. 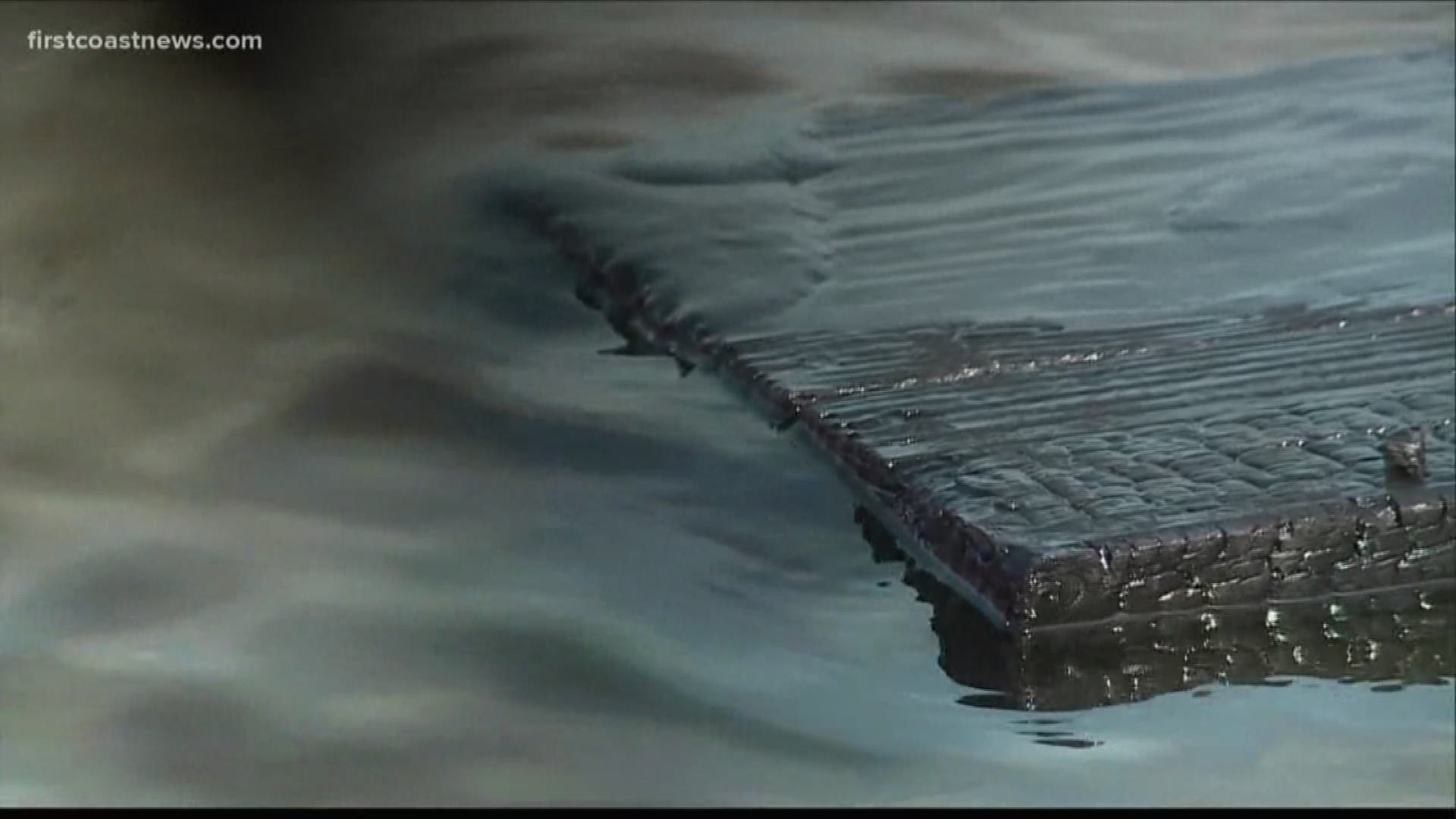 A pollution containment boom has been deployed after two shrimp boats sunk at a Mayport dock Tuesday morning following a fire.

The fire tore through the 40-foot Iris Marie and the 69-foot Triton around 3:30 a.m., according to the Jacksonville Fire and Rescue Department. The boats were docked near Safe Harbor in the 4300 block of Ocean Street.

When first responders arrived, they discovered two boats heavily engulfed in flames and smoke. Responders advised that one boat sank around 5:15 a.m. The second boat started to sink around 8 a.m.

At this time, it's unclear how the fire started but a fire inspector has been requested.

United States Coast Guard pollution responders and salvage crews deployed a containment boom around the sunken vessels around 10 a.m. in an attempt to contain any pollution threats after the fire.