Gene Huber is from South Florida. He drove several hours north on Tuesday to be the first in line for President Trump's Thursday campaign rally in Jacksonville. 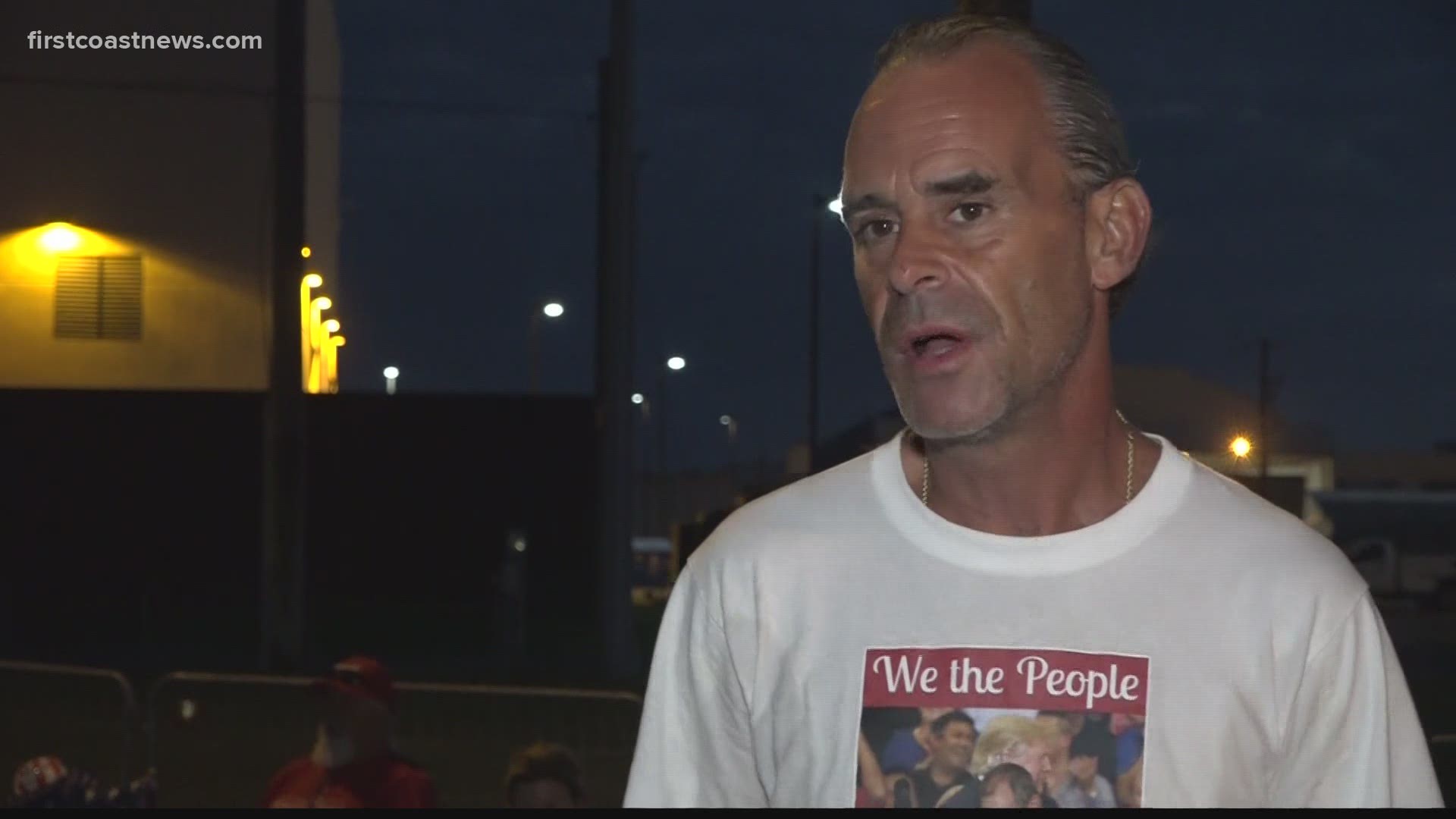 JACKSONVILLE, Fla — President Donald Trump spoke at Cecil Airport in Jacksonville at his campaign rally. Two days prior, Gene Huber arrived to be the first in line.

“It’s just an honor as far as I’m concerned and it is all for the love and support of the president," Huber said.

He was surrounded by an early-rising crowd. Dozens of supporters were in line the night before the rally and awake as early as 4 a.m.

But not as early as Huber. This is his 20th Trump rally and he says it is his 14th where he has been first in line.

It was his third Trump rally that was most memorable to him.

More supporters of President Trump are arriving at Cecil Airport as the sun rises. I spoke with a man who was the 1st in line & arrived 2 days ago! The crowd is drinking coffee & chanting “4 more years”. The rally starts at 7 p.m. @FCN2go pic.twitter.com/41UsOaLuLT

“Feb. 18 in 2017 in Melbourne, Florida," Huber recalls. "President Trump just recognized me doing interviews on his TVs in Air Force One and then he sees this mug standing right in front of him. Thirty minutes in the rally out of the blue he pointed at me, told me to come here, and I ran up the stage like I was in 5th-grade track.”

Huber addressed the crowd that day and hugged the newly elected Trump.

RELATED: VERIFY: Yes, back in 2016 Joe Biden did say a president should fill a U.S. Supreme Court vacancy in an election year