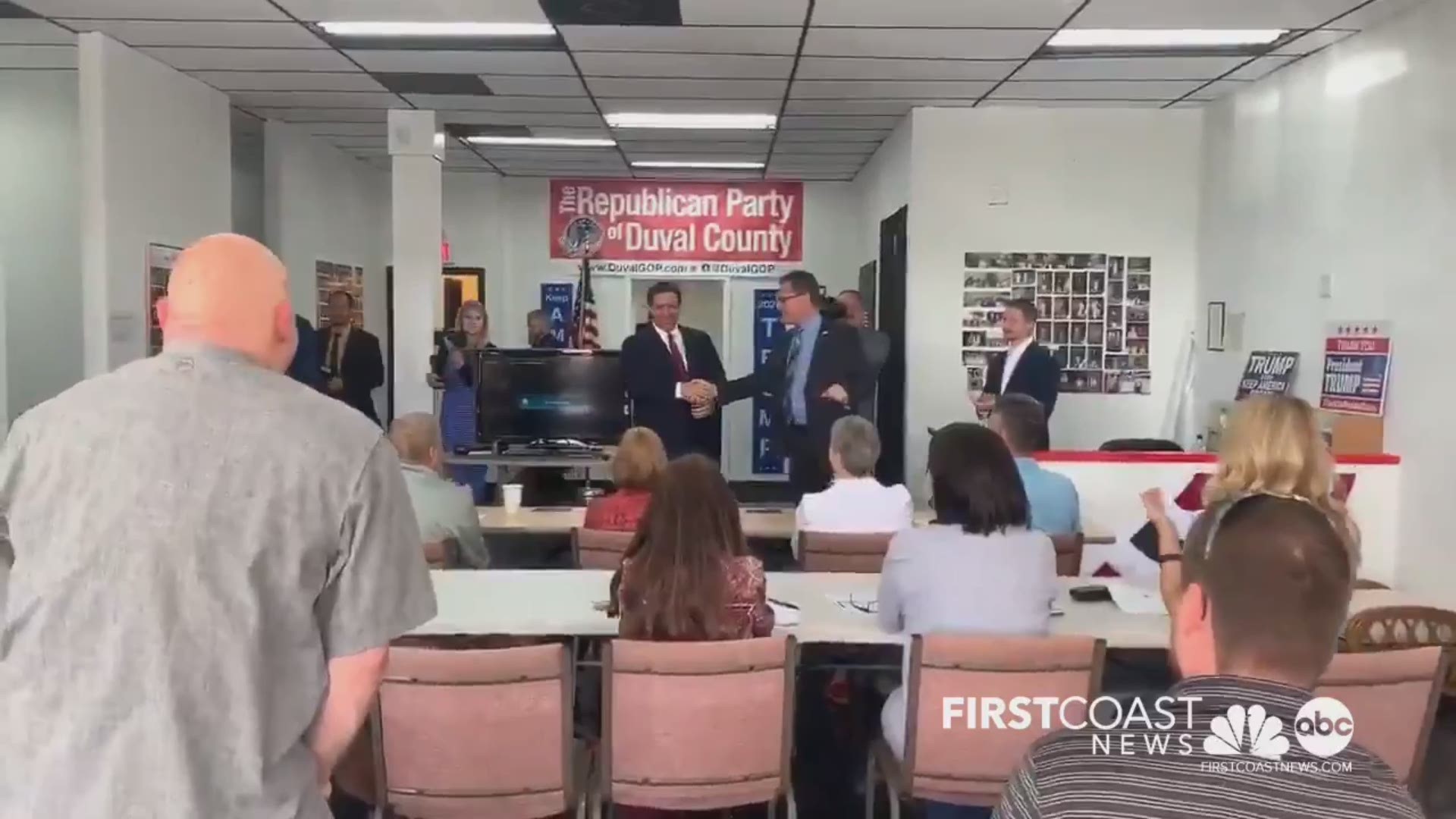 Wednesday morning, Gov. Ron DeSantis surprised volunteers with the Duval County Republican Party at their orientation. It was the first volunteer orientation since a man reportedly drove through their tent Saturday in the Sandalwood area.

DeSantis delivered "Keep America Great" hats signed by President Donald Trump to the volunteers who were working at the voter registration tent Saturday when the incident happened.

"The president sends his best, and obviously we appreciate what you guys are doing," DeSantis told the volunteers.

"That [violence] just has no place in our society," DeSantis said. "I think it's important when you see something like that, we all come together regardless of party and condemn people like," he said.

“People shouldn’t be using their political beliefs as an excuse to commit violence," Daniel Henry, chair of the Duval Democratic Party, said.

Henry said he is also taking precautions for his volunteers.

"We had a meeting last night and I had a heart to heart with them letting them know that they should be paying attention to their surrounding. Obviously that’s not something I want to do as a political party chair, but in this environment, I feel like it’s a necessity," Henry said.

RELATED: Police Report | 'Suspect advised that he does not like President Trump' 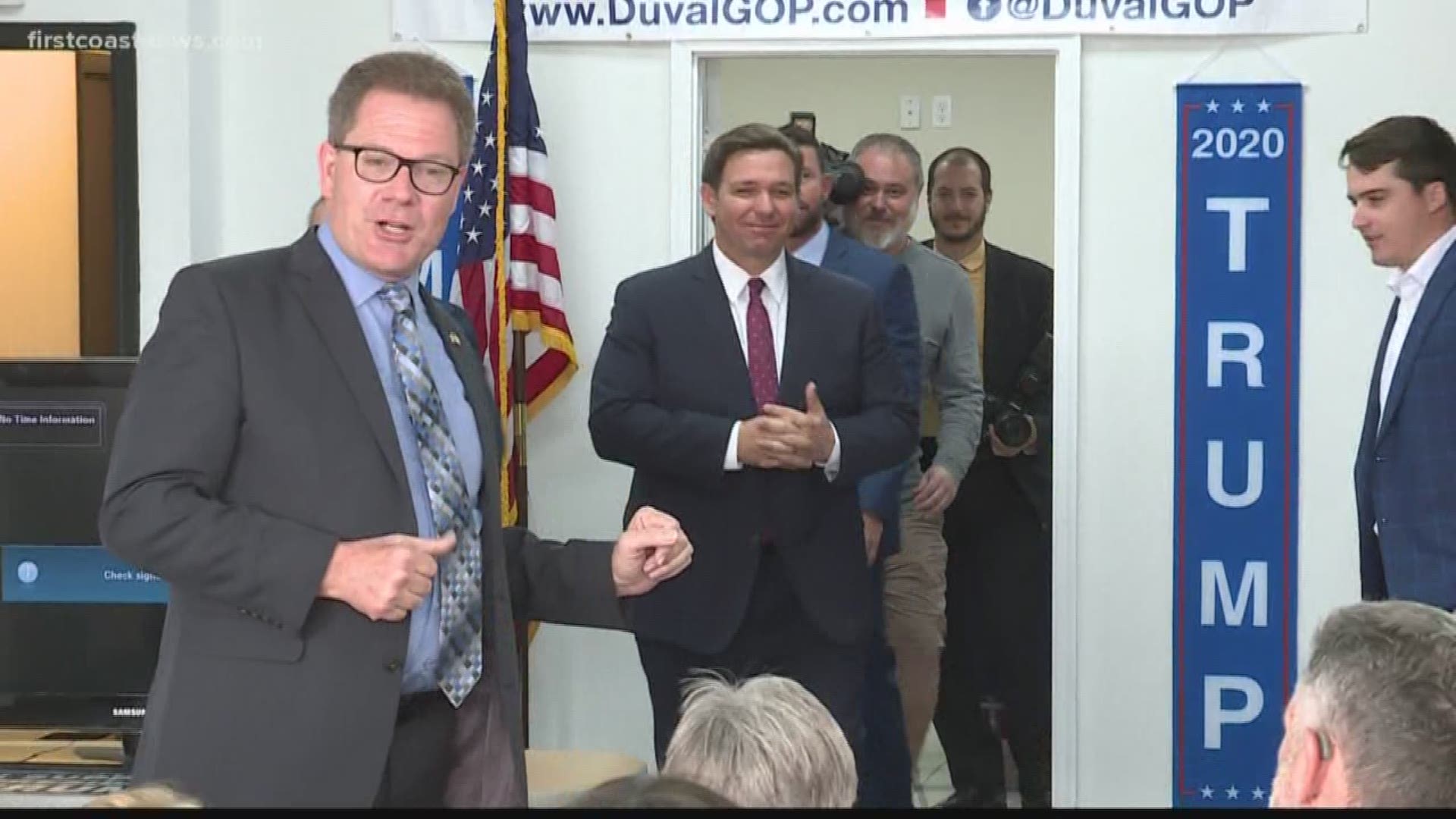