The tops of four live oak trees were hacked off in the parking lot of Epic Theater in St. Augustine. 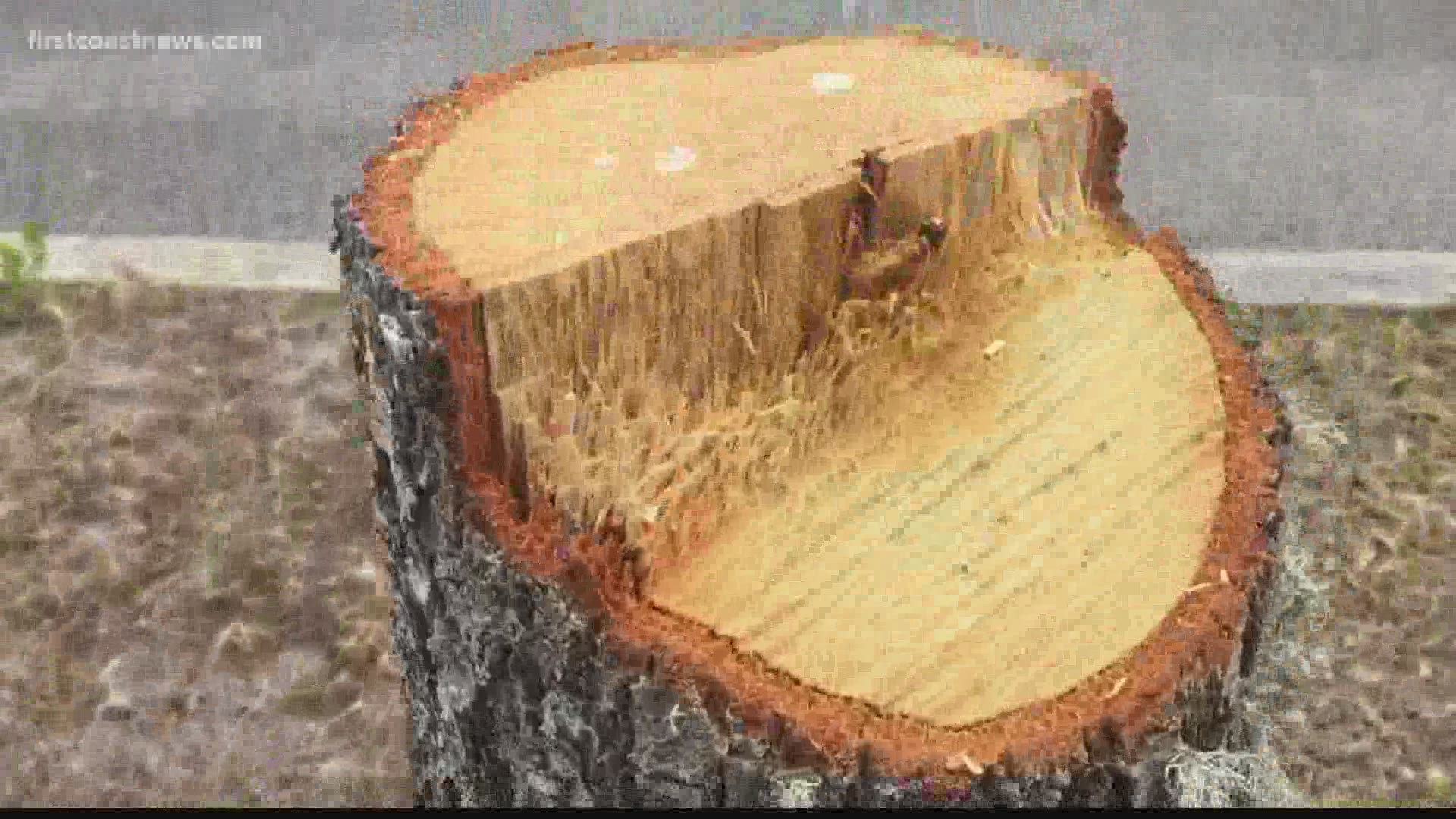 It apparently happened just days before the Epic Theater turned its parking lot into a drive-in theater Monday.

"I was disappointed that the trees were cut down," St. Johns County Commissioner Henry Dean said.

In the theater’s parking lot, the tops of at least four live oak trees and a crepe myrtle were hacked off.  Now, only their trunks stick up out of the ground.

Saturday, a concerned resident reported the incident to the county offices.

Two days later, the company started showing movies on the white part of its exterior wall, turning the same parking lot into a drive-in theater.

"I would guess the Epic Theater owners felt it was probably necessary to remove the trees, I’m guessing really, in order to provide adequate viewing space for the cars they anticipate at the drive-in movie," Dean said.

He said the theater chopped down the trees without a permit.

First Coast News reached out to Epic Theatre in several ways for comment. We have not heard back.

Danny Lippi, an arborist, told First Coast News when you take off the top of the tree, it removes the leaves… and those leaves help make food for the tree. Also, that inner part of the trunk that is exposed now can decay. So even if these trees get big, Lippi said, they could be "hazardous" and weakened.

"I think we need stiffer penalties to send a message and create more of a deterrent for cutting down trees," Dean said.

If found at fault, Epic Theaters will only have to replant trees or pay the county some money to plant the trees elsewhere, under the current county laws.

"I think this was almost, in times past, considered the cost of doing business," Dean said.

It just so happens, the St. Johns County commission will have a final hearing next week to toughen the punishment for illegally cutting down trees.

But for now, the parking lot at Epic Theaters is wide open.