Now that the NTSB has decided who's to blame for the Golden Ray disaster, will penalties follow? 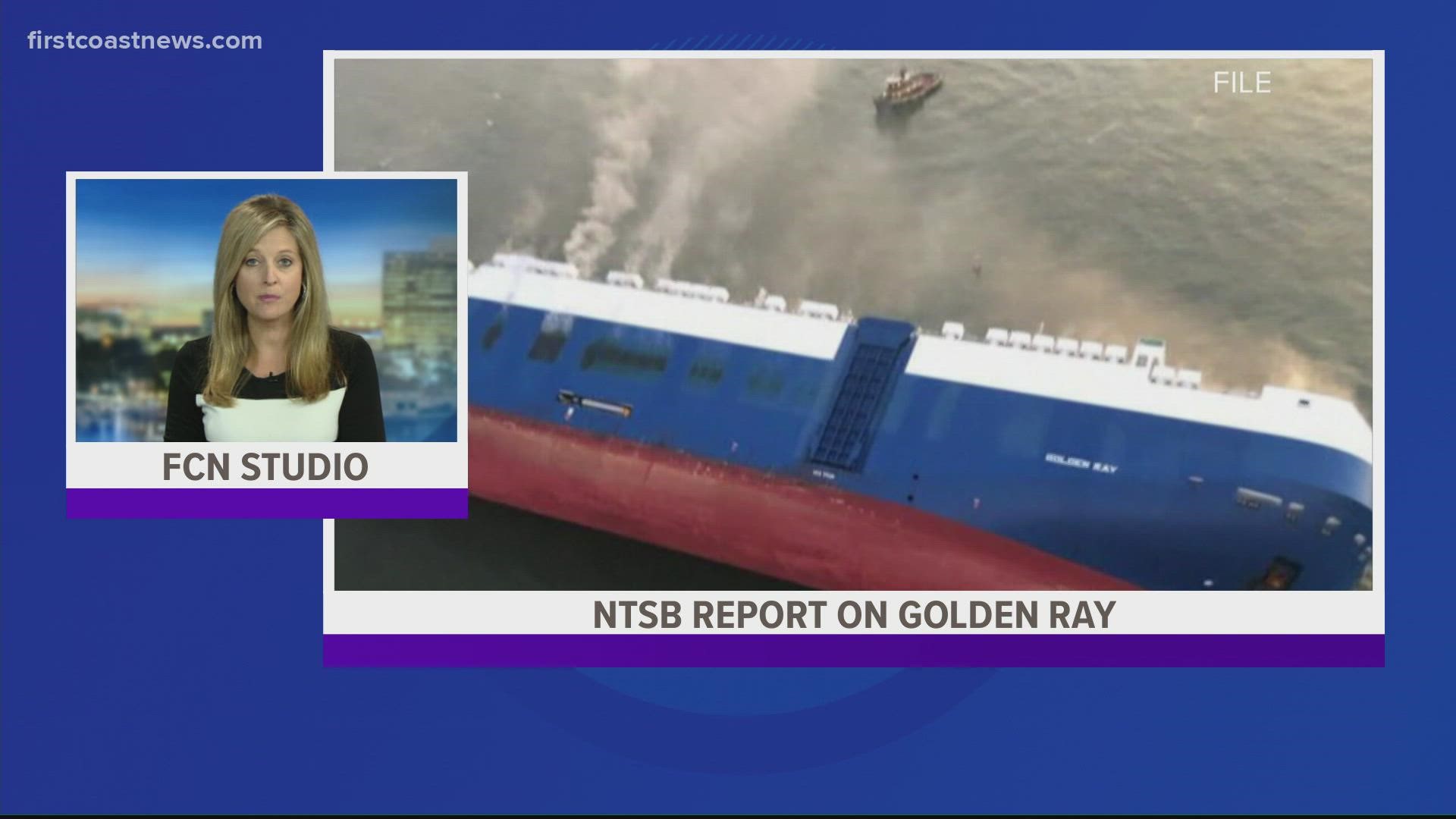 Its tottering condition was not unique, however. The ship had been sailing in that precarious state for weeks, according to a new report by the National Transportation Safety Board. The investigation found the ship’s officer grossly miscalculated the ship’s stability on that day, and on least two prior voyages, resulting in an off-kilter vessel that could tip over at the slightest turn.

For the 24 sailors aboard, the fact that the ship flipped in St. Simons Sound and not at sea spared their lives. But coastal Georgia wasn’t spared. The area’s beaches and delicate estuaries have been awash in oil, car parts and plastic debris for two years, as the rusting vessel has languished, burst in to flames and been sawed into pieces.

The NTSB report – which was completed in March but not released publicly until this week – makes two recommendations but does not suggest penalties. The ship's owner should “revise its safety management systems” to “verify” basic ship safety procedures are followed, according to the investigation's gentle conclusions.

Credit: NTSB
Image from new NTSB report shows what happened when the Golden Ray was incorrectly loaded with cargo.

Any penalties for the disaster would presumably come from the U.S. Coast Guard, which handles maritime regulations and enforcement. A Miami based Coast Guard spokesperson said the agency will issue its own report in the coming months, and declined to comment on what penalties if any it might recommend. Coast Guard public affairs specialist Michael Himes with the Unified Command in St. Simons Sound said regulatory actions were outside the scope of their efforts, but noted the ship owner Hyundai-Glovis is being held accountable by the Oil Pollution Act of 1990, which dictates how the disaster is remediated.

“Form our perspective, [additional penalty] has not been necessary because the ship’s owner and ship’s insurer has been very proactive in funding the response and supporting it,” he said. “I can’t speak to entities outside the Unified Command, but from the inside, the cost of the response alone is a penalty.”

As First Coast News has previously reported, the cost of the salvage operation is now expected to exceed 1 billion, making it the costliest ship salvage operation in history. Those costs are directly related to cleanup and removal, and do not include punitive costs.

Himes noted Congress could also choose to review the disaster. First Coast News reached out to Peter DeFazio, the Oregon Democrat who oversees the Subcommittee on Coast Guard and Maritime Transportation but did not receive a response.

We also reached out to Georgia’s Department of Natural Resources to see if state level penalties are planned. A spokesperson sent a statement that said, the agency’s Environmental Protection Division “continues to investigate any violations of state law ... associated with the shipwreck and ongoing salvage operation. At this time, no formal enforcement actions have been executed by EPD.”