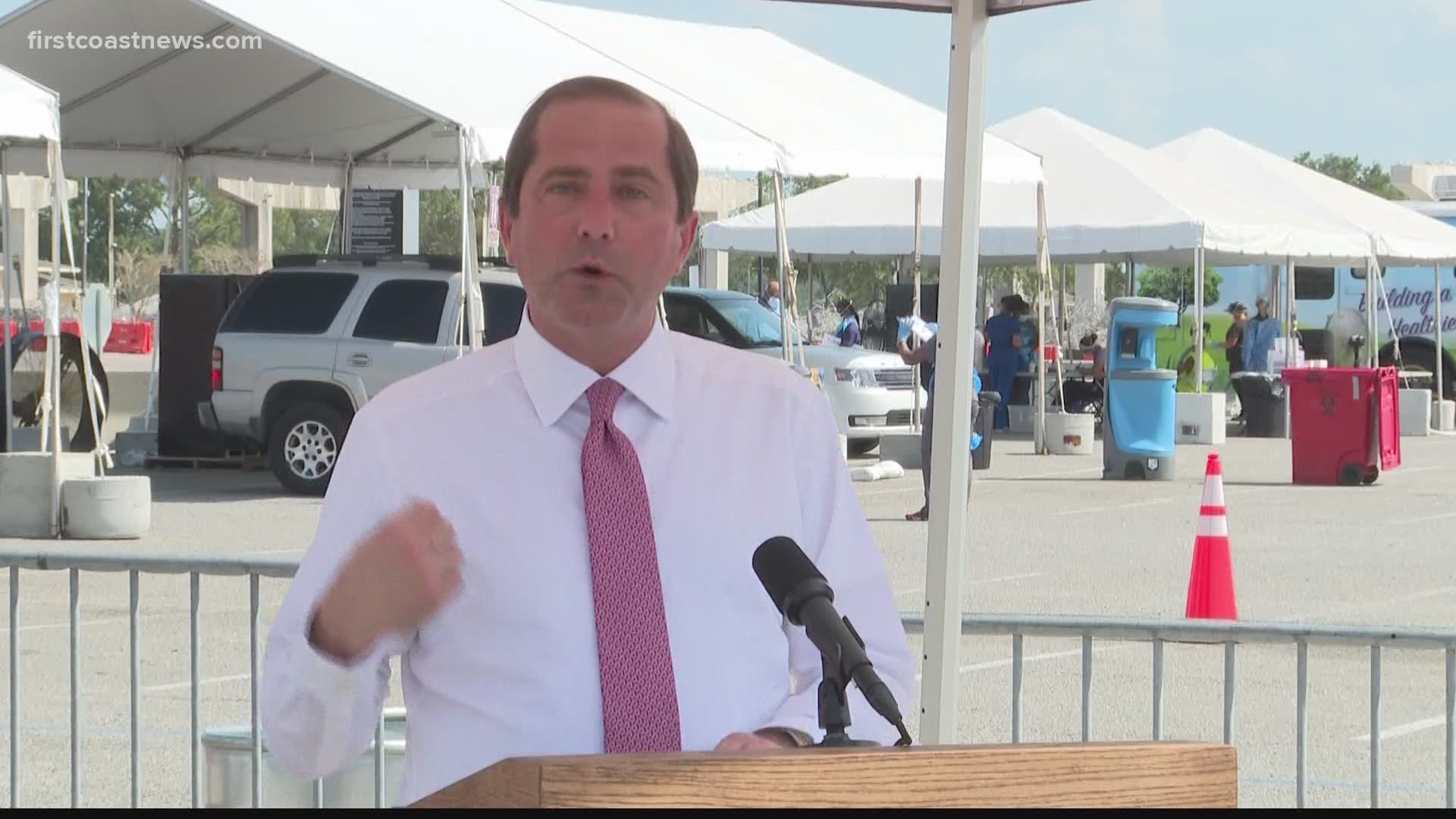 "We have the conditions now where we can get our economy up and running and get out in society again,” he told First Coast News.

Azar toured the federal testing site at TIAA Bank Field, getting a look at the process, which he described as 'incredible.' More than 13,000 tests have been performed since the site opened near the end of March.

"You see them driving up. You see them getting evaluated, getting swabbed and for the healthcare workers, if they need it getting he antibodies, the blood draw for that testing,” he said.

Azar also highlighted the need to reopen the country, including churches and other places of worship. President Donald Trump urged governors to allow for in-person services to resume this weekend.

Azar supports the move but wants local governments to make that decision.

"We need to follow the judgments of our local leaders and our state leaders because they know the situation, on the ground in their communities best. This is locally lead, state-supervised," he said.

RELATED: HHS secretary 'hopes and believes' schools will reopen for fall, but must look at viral progression