Touring Fish Island, a land in the process of being preserved

Colonial plantation building ruins and beautiful wildlife is on the land 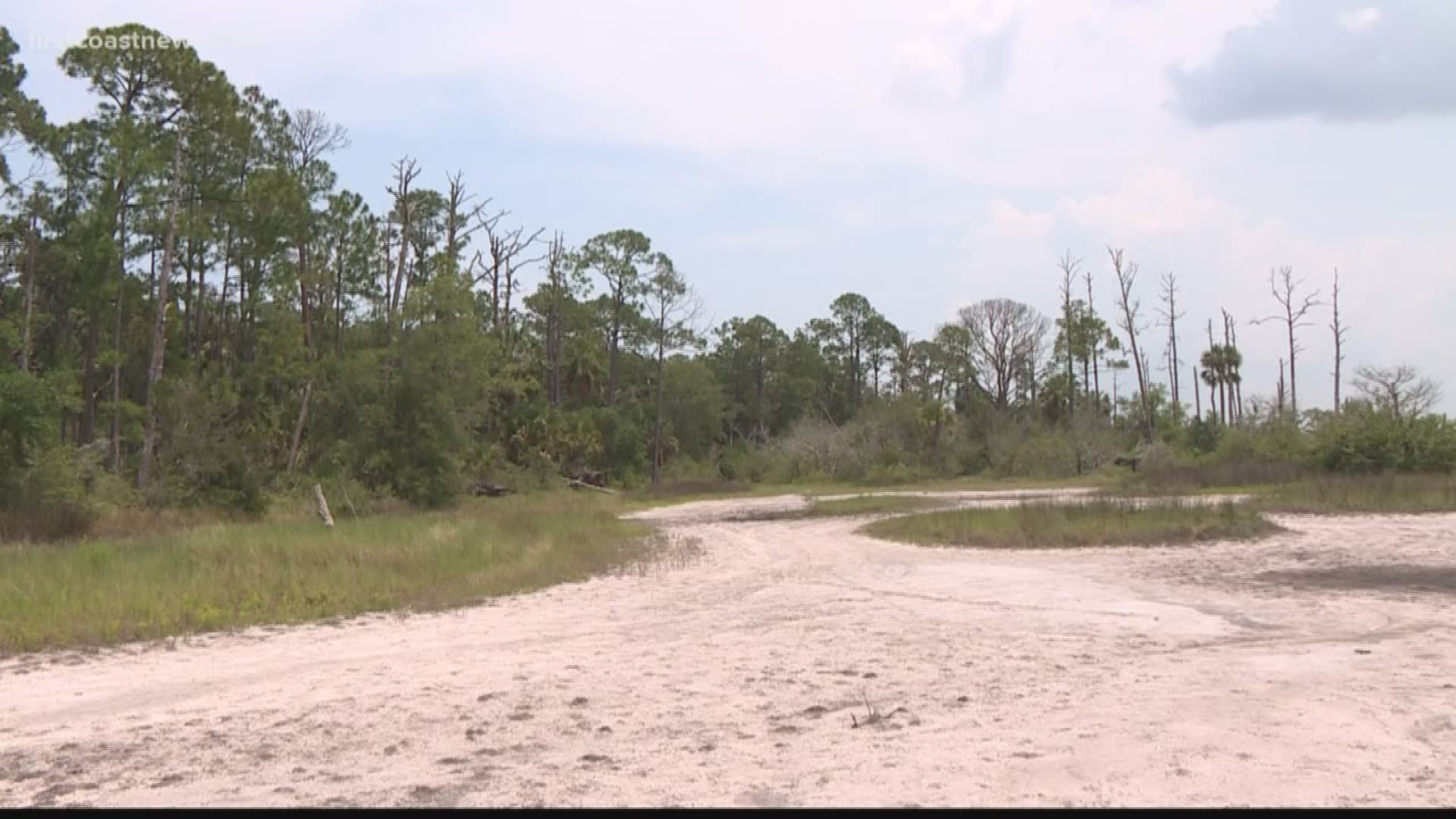 ST. AUGUSTINE, Fla. — Many people demanded Fish Island in St. Augustine be saved from bulldozers in the past year.

It's not really an island anymore. It is part of Anastasia Island, the 57 acres sit on the eastern side of the 312 Bridge, right on the Intracoastal Waterway.

Of the people who packed public hearings to save Fish Island from construction, most of them had only seen it from the road and the water.

Now, a conservation group is in the works to buy and preserve the property.

First Coast News has gained access to tour Fish Island, to show what many people fought to keep natural.

Deep inside the Fish Island property, I have introduced two strangers with ties to this land: Jim McCarthy met Archaeologist Carl Halbirt. McCarthy is the president of the North Florida Land Trust. The organization is in the process of buying these 57 acres. Halbirt, in 2000, dug and studied the colonial plantation ruins on Fish Island.

By map and by memory, Halbirt took us to the colonial ruins deep in the woods.

It was buggy, hot, and thick with vegetation.

"So this is where the sentry box was, right here," Halbirt said, pointing to a haphazard pile of coquina bricks.

Those coquina bricks used to make up the sentry box or guardhouse for the Jesse Fish plantation.

Seeing those ruins, McCarthy said, "wow" under his breath.

Fish Island was an orange plantation that McCarthy says was the start of Florida's citrus industry.

We searched for other historic elements, such as the colonial water canal.

We heard Carl say, "Over here."

He pointed to a wide dip in the land. "So this is part of it right here, the channel." Halbirt explained, "Right now it just looks like a shallow, but historically, it would have been deeper, 3 of 4 feet deeper." So it would have been a waterway to get from the house to the ICW.

I really wanted to find the foundation of the two-story plantation house,

Halbirt searched, walking into think brush. Every time he thought he was close to finding it, the foundation still evaded discovery.

However, there was just too much vegetation. It hid the forest's floor.

"I think if the vegetation could be cleared off a little bit," Halbirt said to McCarthy. "We would actually see the remnants of the wall."

The natural beauty was evident, in flora and fauna. We saw rosette spoonbills, egrets, birds of prey, butterflies, colorful flowers, and majestic trees.

"Healthy marsh grass is a flood protection for St. Augustine and folks down river," McCarthy noted.

McCarthy said he did not know what the land will become. He said, first the Florida Cabinet has to approve money from the Florida Forever Fund to help the North Florida Land Trust buy the land.  He couldn't disclose the price just yet.

"We have an options contract, an assignable options contract with the owner. The Florida Department of Environmental Protection's Division of State Lands then makes an argument to the cabinet aides, that their bosses should adopt and acquire the option contract from us," McCarthy explained. "Those Cabinet aides talk to their Cabinet members.   We’re hoping the folks who were interested and vocal will contact the members of the Cabinet and let them know they support the acquisition of this and the preservation of this environmental and historic property."

McCarthy said St. Johns County or the City of St. Augustine would then have to manage the land.

Would it be turned into a park? Would it be left natural?  It’s too early to know.

"At the moment, our intention is to preserve it. What happens after that is, if you will, icing on the cake," McCarthy said.

Fish Island has survived several development plans over the years. And now, the wildlife and this history here may be preserved for a lot longer.

"It’s amazing," McCarthy said, looking around at the property. "Just phenomenal to see all this! It takes you back to history. It’s part of Florida!"