Tiger Woods talks practice, strategy ahead of The PLAYERS Championship

Woods also discussed the chances of playing at the WGC-Match Play, saying it all depends on how The PLAYERS week goes. 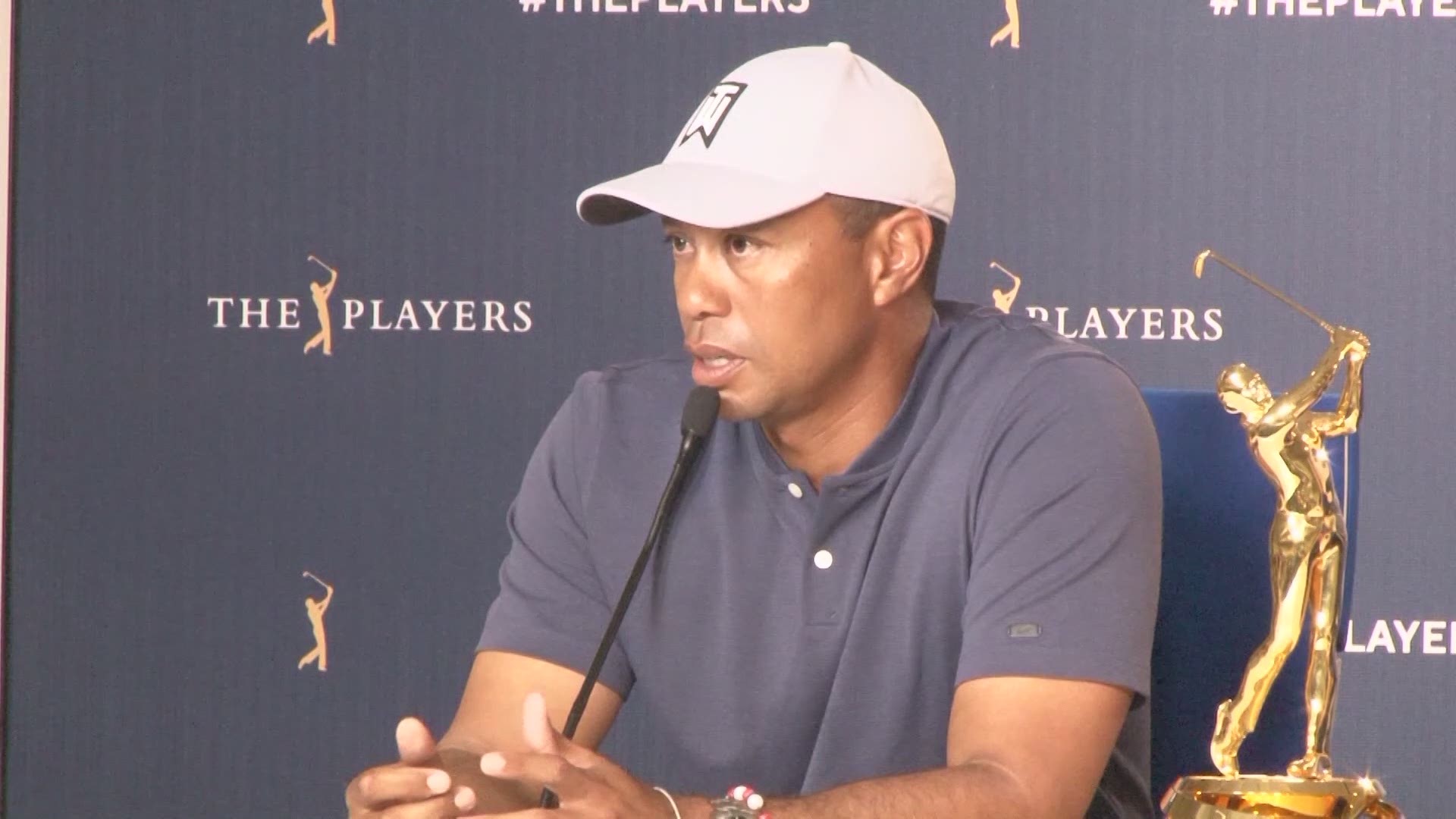 PONTE VEDRA BEACH, Fla. — Although he can't practice like he used to, Tiger Woods said he's confident that he can win The Players Championship during a news conference held in Ponte Vedra Beach on Tuesday.

"I can't practice like I used to," he said at TPC Sawgrass. "I can't devote the hours that I used to on every facet of my game. I gotta pick 20 minutes here or an hour there."

Woods also discussed the chances of playing at the WGC-Match Play, saying it all depends on how The PLAYERS week goes.

"If nothing flares up, then I'll play," he said.

Neck strain caused Woods to abruptly withdraw from the Arnold Palmer Invitational the previous week, according to a report from the Golf Channel.

But when asked on Tuesday if he's more concerned about his neck or his putting, Woods gave a simple answer: "Neither."

"I feel good on both," he said. "The putting feels so much better as I feel better. It kind of goes hand-in-hand, just like my golf swing. If my back's aching then it's not very hard and it's not going very far."

Highlights from the news conference can be viewed below.

Tiger Woods in Ponte Vedra Beach: 'I can't practice like I used to'

Tiger Woods on playing the WGC-Match Play: 'We'll see how this week goes'