“My story represents never giving up hope. All things are possible when God is in it. I just would love to tell others to never give up." - Drew Kohn 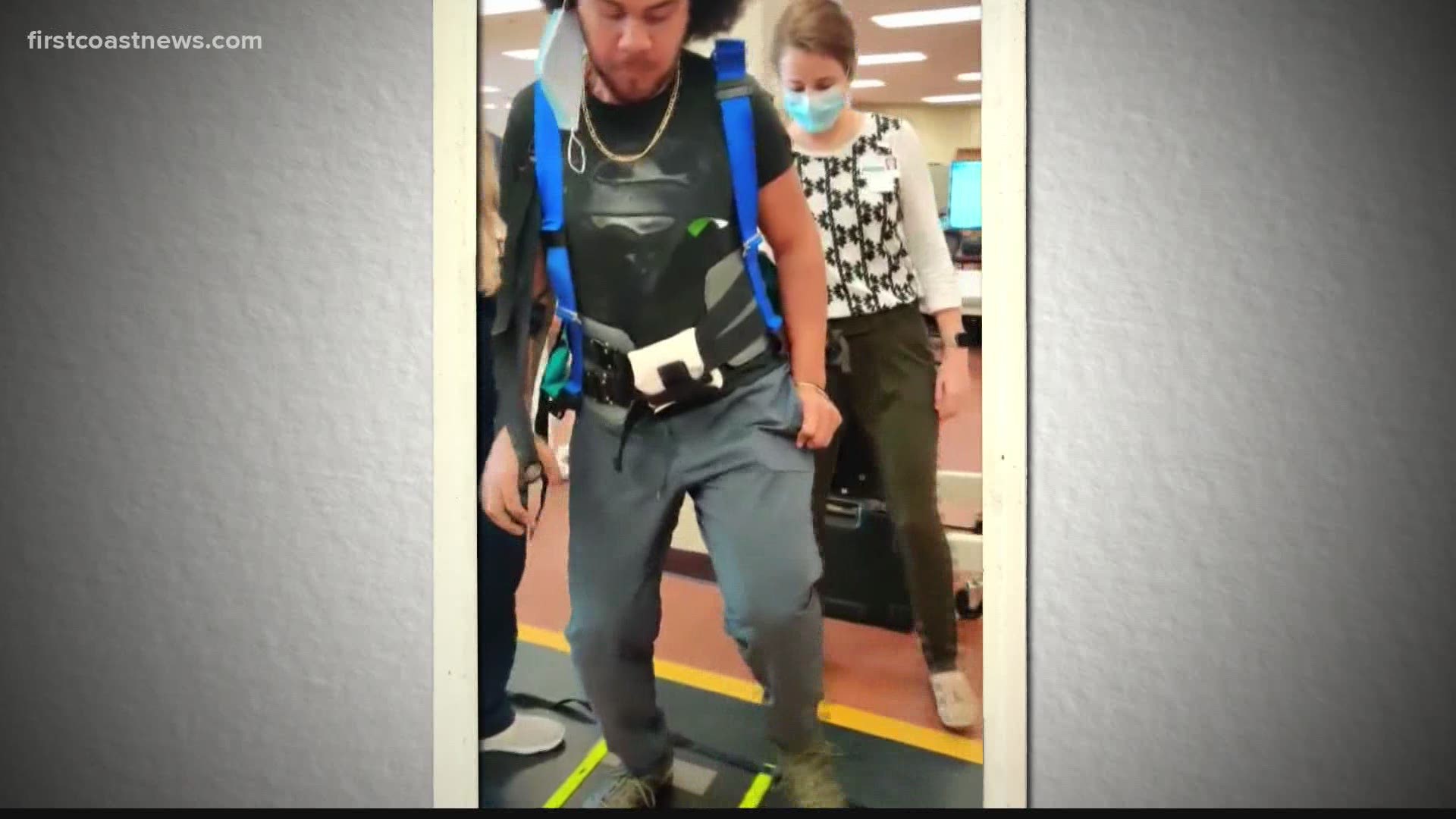 JACKSONVILLE, Fla — He was never supposed to walk again or talk again, but three years after a life-altering motorcycle accident, Drew Kohn continues to achieve what was thought to be impossible.

“Drew is a walking miracle. He is a modern-day miracle. For people who have cancer, Parkinson's, whatever it is that you have, don't give up,” his mother, Yolanda Osborne Kohn said.

When we started following Drew Kohn’s journey three years ago, he lay lifeless in a hospital bed.

It was a split second that changed everything. He was headed to the gym days before his 23rd birthday on his motorcycle when he was hit by a car. The force of impact so strong his helmet and shoe flew off.

A traumatic brain injury, two punctured lungs, a broken shoulder and a crushed pelvis were just some of his injuries.

Credit: Yolanda Osborne Kohn
Drew Kohn was in a coma for 244 days.

After 244 days Drew Kohn woke up. His mother will never forget his first words.

“'I love you mom,'” she recalled. “It just made me feel like he was listening the whole time.”

Her faith kept her believing her son would recover. She has been by his side every step of the way and has kept all of his wheelchairs and braces as a reminder of just how far he has come over the past three years.

He's even biked 10 miles with his mother.

“I am a modern-day miracle,” Drew Kohn said.

Looking at her son she hopes his story will give others a sense of hope.

“I want them to feel that truly anything is possible,” Yolanda Osborne Kohn said.

Speaking through a special device when his voice is weak, Drew has this message to share.

“My story represents never giving up hope. All things are possible when God is in it. I just would love to tell others to never give up.”

RELATED: Family fights insurance as son fights to get better

RELATED: Miracle in Jacksonville: They said he was brain dead, would never walk, talk again, Mom had faith

RELATED: Nearly a year after waking from a coma, Oakleaf man walks in Brooks Rehabilitation Challenge

RELATED: Not expected to walk or talk again, Drew Kohn is soaring to new heights