"I felt something jump out of the water and latch onto my arm by my elbow," said 23-year-old Frank O'Rourke. 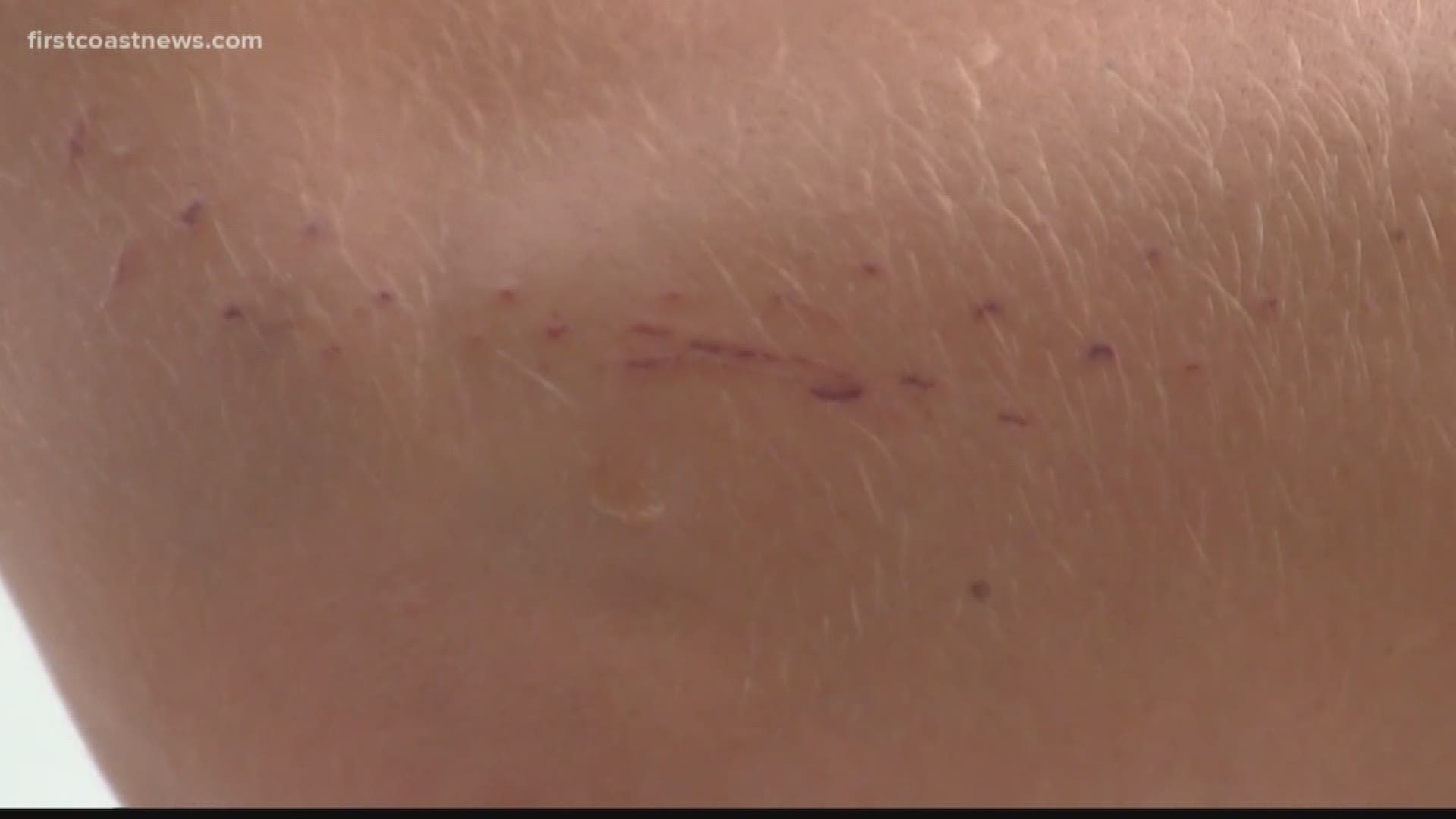 JACKSONVILLE BEACH, Fla. — A professional surfer says he's lucky to still have his arm after he was bitten by a shark near the Jacksonville Beach Pier on Saturday.

"Craziest thing to have happened to me in my life," said 23-year-old Frank O'Rourke.

O'Rourke says he was lying on his board in the water, between 20 to 30 yards from the south side of the pier, when it happened at around 3:30 p.m.

"I felt something jump out of the water and latch onto my arm by my elbow," he said. "It just grabbed onto me and thrashed in the water and swam away."

O'Rourke says the incident with the small shark lasted about 30 seconds but left deep, bloody puncture wounds near his elbow.

"I'm very lucky that I still have an arm," he said with a laugh. "You can see the jawline, like where the jawline is of the shark ... There's still blood on my surfboard."

Credit: Frank O'Rourke
A close-up shot of O'Rourke's bite marks after the incident.

Despite his injuries, O'Rourke says he didn't need to be hospitalized and he simply had his wounds bandaged.

The Jacksonville Beach resident says he's been surfing for 20 years and sees sharks around the beach, especially the pier, often. However, he says this was the first time he's ever been bitten by one.

But the competitive surfer says one shark bite isn't enough to scare him off. O'Rourke says he'll keep out of the water for a couple of weeks to keep his wound from getting infected but will return to surfing as normal once he's healed.

"If it's your time, it's your time," he said. "If the [sharks] want you, they want you. You're more likely to get struck by lightning than killed by a shark. I'm going to buy a lottery ticket!"

First Coast News spoke with a representative from the Jacksonville Beach Pier who confirmed the incident but says shark bites likes what O'Rourke experienced are rare in the area.