Arbery's mom was surrounded by close friends and family at the vigil to remember her son's life and legacy. 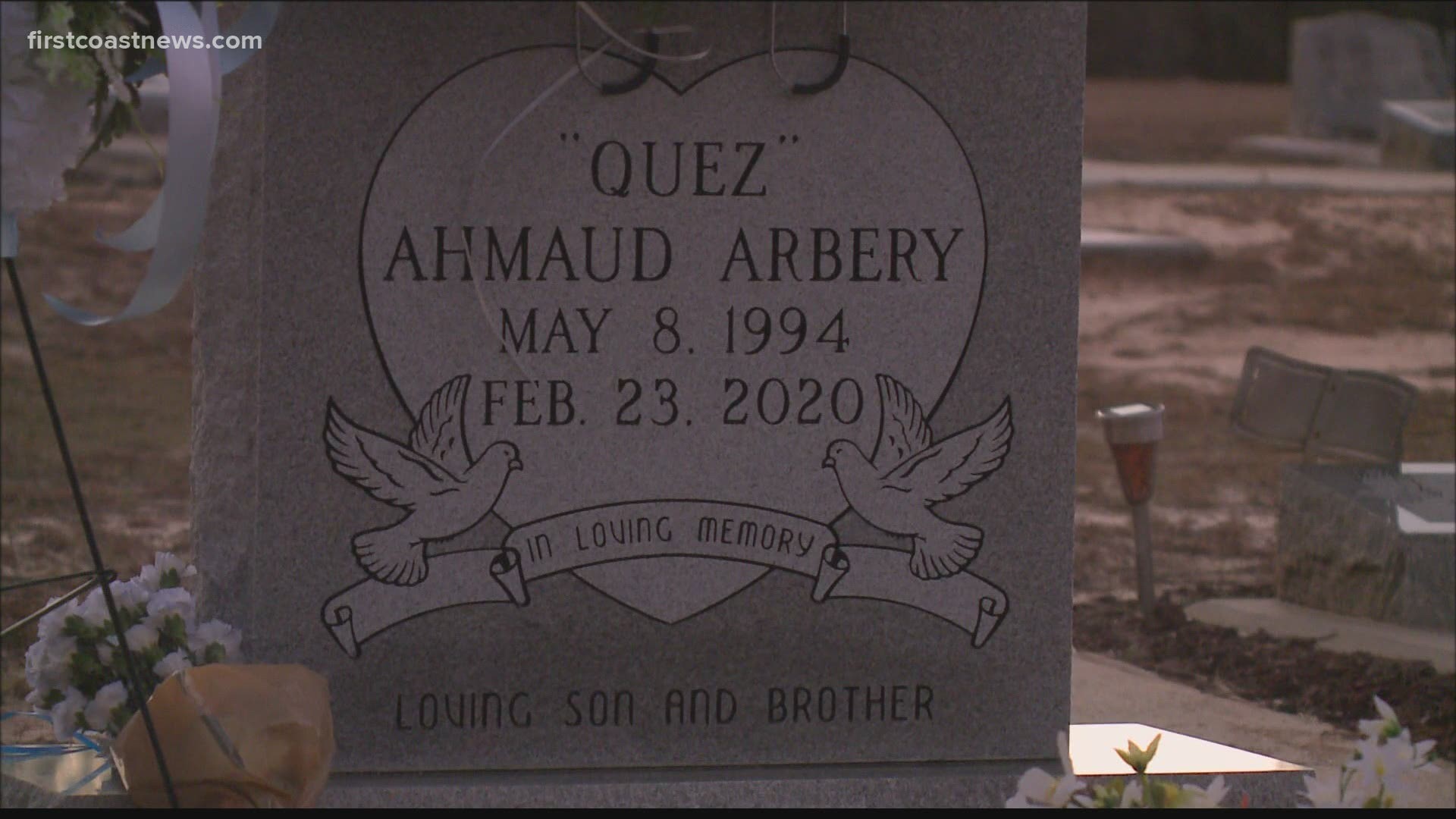 WAYNESBORO, Ga. — Wanda Cooper-Jones shared her grief Tuesday evening with family and friends one year after her son, Ahmaud Arbery, was shot and killed by three white men in a rural Georgia neighborhood.

Cooper-Jones was only the leader of dozens of people who gathered at New Springfield Baptist Church in Waynesboro, steps away from Arbery's final resting place. Several people wore blue ribbons, t-shirts and face masks with Ahmaud Arbery’s name and face during the somber memorial.

Earlier in the day, Cooper-Jones' attorney also announced a massive civil rights lawsuit against the men charged in his death, and those within the law enforcement community in Glynn County.

However, during the ceremony, no longer attempted to channel her grief. Rather, in a rare moment of raw emotion on camera, Cooper-Jones cried out saying it was her baby taken from her during one of the hymns.

Friends gathered from far and wide to celebrate Ahmaud’s life and continue their pursuit for justice.

“We support her just because, being a mother, we know it’s the right thing we should do and what God would want us to do,” Kenya Sullivan Crumbley spoke during the vigil.

Her sister was classmates with Cooper-Jones for several years. As a mother of a son around Arbery’s age, she said she cannot imagine losing her loved one.

Many words of prayer shared from family and elected officials. Some were of sorrow, some words were prayers to God for healing. Others were messages demanding Black men and women have the freedoms they feel were denied to Arbery when he was shot and killed.

Others offered prayers to give the family strength, with hopes that justice will be served and Arbery did not die in vain.

For many people, they were grateful so many set aside time during the week to console Arbery’s family, including US Sen. Rev. Raphael Warnock, who recorded a video for Arbery’s family.

“We have to continue fighting for justice, but we must stand against a justice system that criminalizes our Black skin,” Warnock said in his message.

President Joe Biden and Georgia Gov. Brian Kemp were among the leaders who shared their condolences on the anniversary of Arbery’s death.

Georgia State Representative Gloria Frazier also spoke during the event, a week after she and the Georgia legislature introduced a plan to repeal the citizen’s arrest law used to justify the shooting.

“I thought of you,” Frazier said when she signed that bill.

Arbery family attorney Lee Merritt said Ahmaud was a light in the world.

Merritt announced a federal civil rights lawsuit against the men accused of taking Arbery’s life, commemorating the fight for justice.

“[Wanda Cooper-Jones] is going to have justice criminally and civilly, and it’s going to be more than just the terrible men who acted, but everyone who denied her justice and left her in the dark for so long,” Merritt said.

Arbery’s mother being surrounded by loved ones is needed as she copes with the tragedy.

Many admired Cooper-Jones’ love as a mom still grieves the loss of her youngest son.

“We support Ms. Wanda because she’s a mom that lost her son, a father lost his son, and the way how he was taken is just not right,” Sullivan Crumbley said.

The friends say there is still work to be done as the three men charged in his death are behind bars waiting for a trial.