Jean Austin-Danner's kidneys were failing. Her youngest son, determined to help, donated one to her on Thanksgiving 2019. 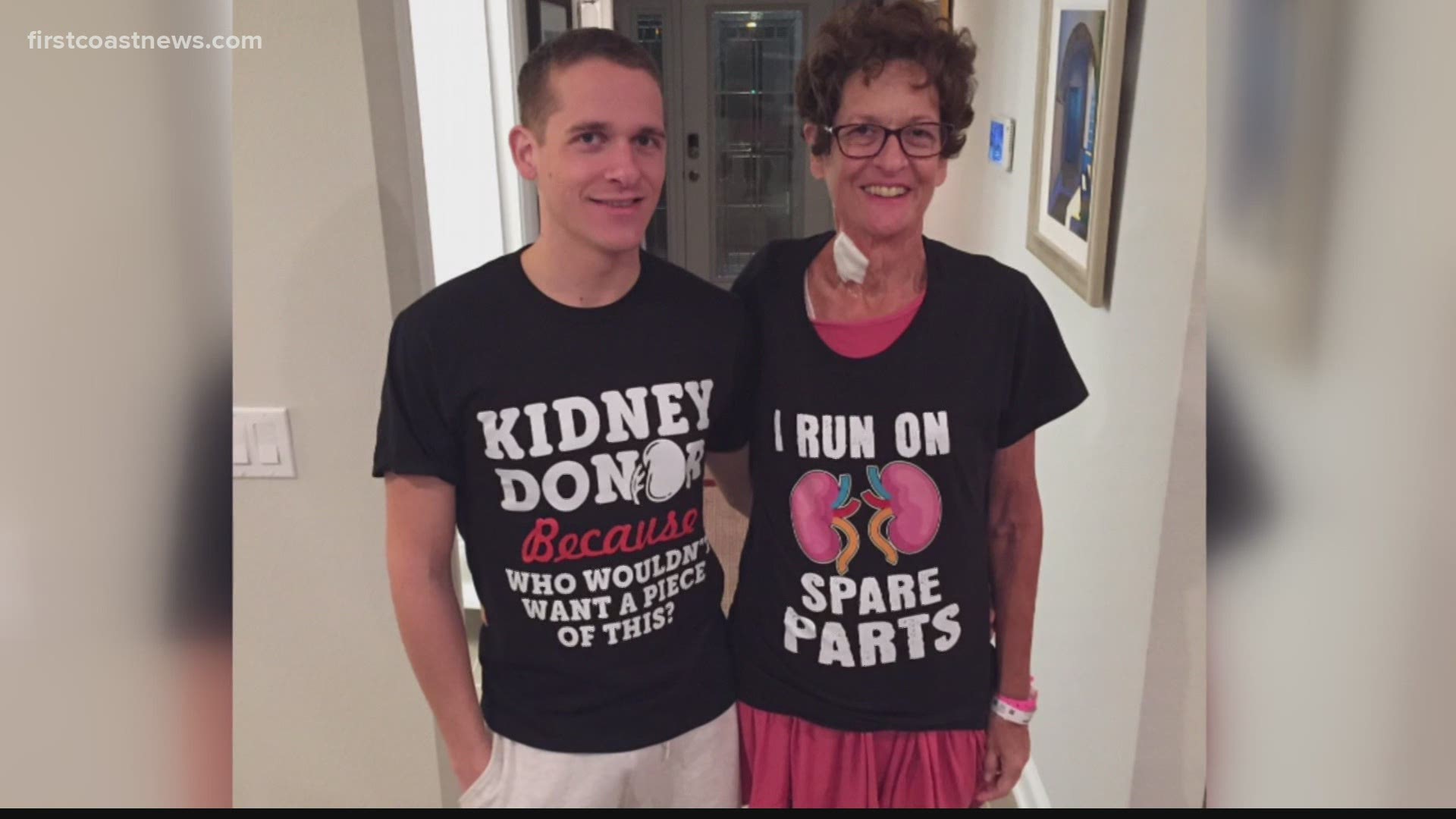 JACKSONVILLE, Fla. — Giving thanks means something special for a First Coast mother and her son this holiday season.

“It was scary. I remember being scared,” Jean Austin-Danner explained.

Her kidneys were failing due to polycystic kidney disease. The inherited disorder causes clusters of cysts to form on the kidneys. She had been diagnosed nearly 30 years ago, but in November 2019 she was in need.

Her youngest son, Andrew Austin, stepped up to help. He was tested to see if he would be a match for a living donation, at first not telling his mother.

“My mom gave me two kidneys to start with, so the least I could do is give her one back," Austin said.

He had no hesitation donating one of his kidneys, but his mother was nervous.

“I didn’t want to take a body part from him, but I made peace with that,” she said.

The Thanksgiving 2019 surgery was a success. Austin-Danner said doctors told her the kidney took almost immediately. One year later, both are reflecting on the surgery and thankful to be together.

"The first year is the riskiest and I’ve had two biopsies and both show my kidney is doing well," Austin-Danner said.

The pair also advocates for organ donation because it may be another family on another holiday table to give thanks.

"It’ll be fun to [have Thanksgiving] this year outside of the hospital,” Austin-Danner said.