The Reverend's assistant, Moyenda Ambakisye, stopped by the church before sunrise to see the damage for himself. 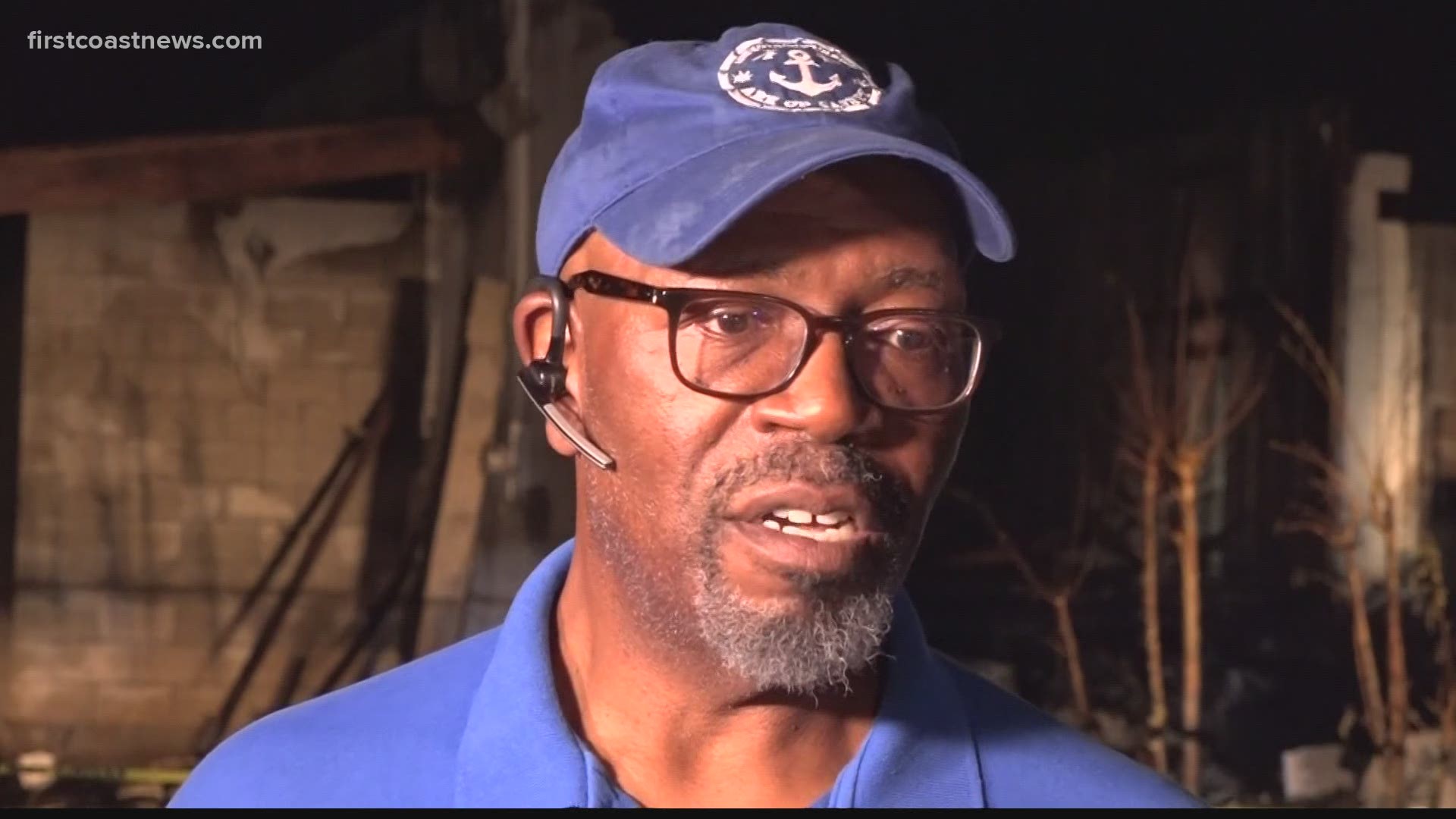 ORANGE PARK, Fla. — A week before Easter, church members at St. Simon Baptist Church won’t have a place of worship to go to. A fire burned down the church overnight in Orange Park.

The 911 call came in around 11 p.m., according to the Orange Park Town Manager's press release.

It is a historic Black church in Orange Park several miles off the main road, so by the time the fire department was able to reach the church, Orange Park's town manager says the building was engulfed in flames.

The scene was mostly been cleared by 4 a.m. except for a lingering investigator and crime scene tape. Part of the structure is left standing, but much of the church is in rubble on the ground. The walls that are still standing are charred.

Around 5:30 a.m., Moyenda Ambakisye stopped by the church to see the damage for himself. He's the reverend’s assistant and heard about the fire around 2:30 a.m.

ON #GMJ: An overnight fire destroyed the church he was saved at, married at, and watched his son get married at. Moyenda Ambakisye is the Reverend’s Assistant at St. Simon Baptist Church and he came by to see the destruction before the sun came up. @FCN2go pic.twitter.com/BOub2pJjiI

"It’s a setback," Ambakisye said. "It doesn’t stop anything. The church will keep on moving. Christ being the head of the church. It’s still alive and well. The community is alive and well.”

Ambakisye says this is the church where he was saved, married, and eventually saw his son get married. He says the church has been around for more than 20 years and has about 145 members.

“It’s a pain that is hard to describe," Ambakisye said. "We’ve had our share of challenges over the years, but this by far has been the greatest by far, the most devastating. It’s a test of our faith and just how good our God is because no doubt about it we’ll come out of this.”

He was visibly shaken up when he arrived at the church early on Friday with his wife.

RELATED: Have you seen this truck? CCSO searching for F-150 believed to be involved in road rage incident