The roof shingles have the solar cells built into them, so it looks like a regular roof without solar panels. 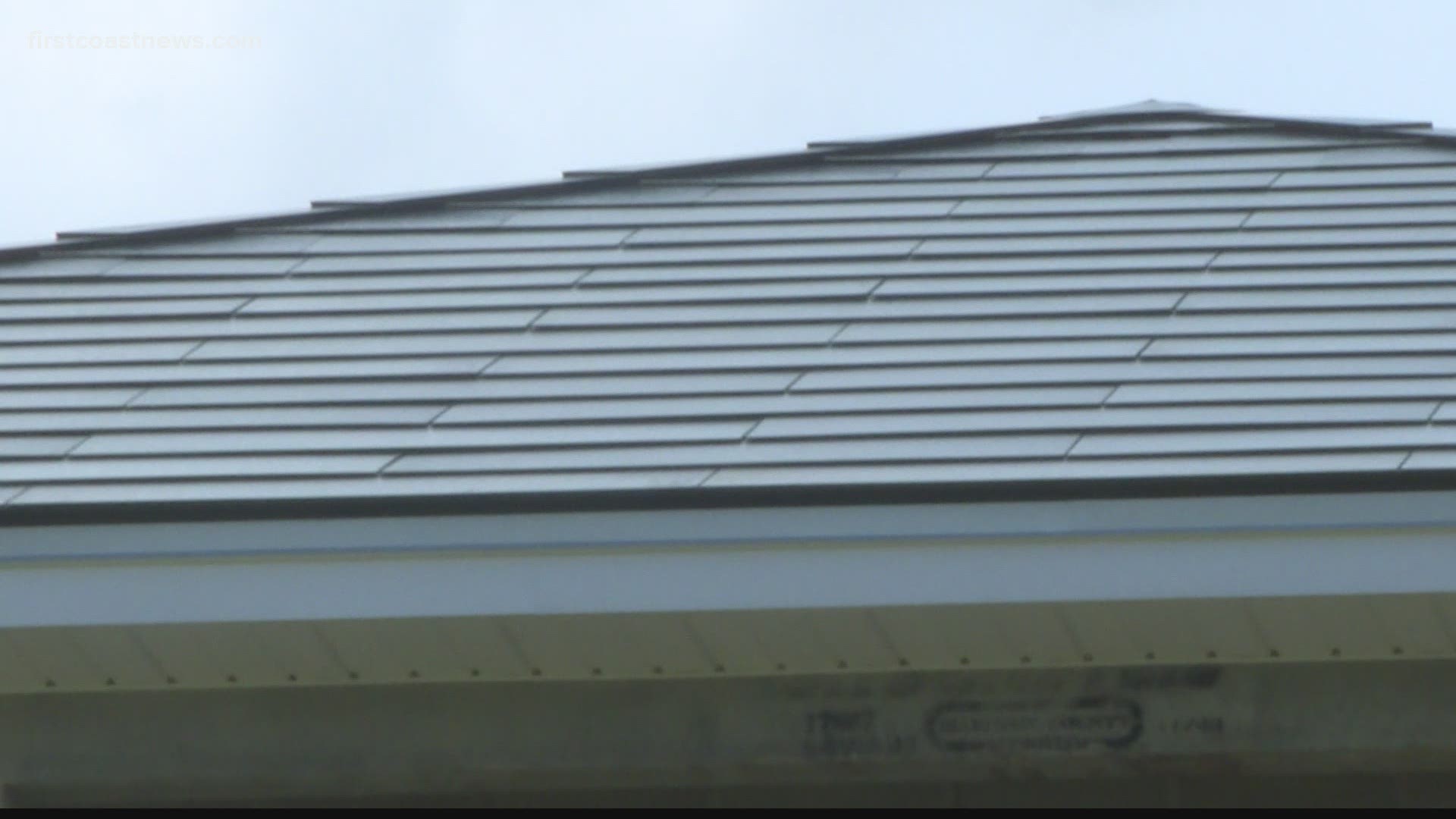 ST. AUGUSTINE, Fla. — You’ve heard about solar panels for your home’s roof, but what about a solar roof?

The roof, not conventional solar panels, actually collects the sun's energy and can power the whole home.

Gillian and Bill Tait are changing what it means to soak up the Florida sun with their new roof in the St. Augustine Shores neighborhood.

"The goal with this is to try to be as green as we can without going crazy about it," Bill Tait said.

It’s the first Tesla Solar roof in Northeast Florida, according to Tommy Cusick, owner of Parrot Solar in Jacksonville.

"This is something contractors in the renewable energy sector have been waiting for a long time," Cusick said.

Tesla tapped Parrot Solar and Ron Russel Roofing, both of Jacksonville, to work together on the projects in the region.

The Tesla solar shingles are each about four feet long.  On the backside, they have cables that connect to each other.

The solar cells are built into the shingles themselves.

"From the ground you’re not going to notice these (solar cells)," Melissa Russell with Ron Russell Roofing said, "They blend in so the shingles look the same."

She said the shingles are made of tempered glass.

Solar energy will power the entire home as well as the Tait's electric car. Any extra energy generated does not go back to the power company. It will get stored in batteries, which hang on the walls of their garage.

"When I look at what we're paying for the (solar) roof and then what we would've paid for the (traditional) solar panels and the battery system and then a (regular) roof, it's no more expensive," Bill Tait said.

The couple also likes that the solar roof does not look like solar panels.

Their new roof is going onto a new home that is under construction. However, according to the roofing company and the solar company working on this project, solar shingles can go onto an existing home as well.

"It’s a perfect candidate for when it’s time to replace a roof because you have to replace a roof anyways," Melissa Russell said. "You have a tax incentive of 26% return after you install it. Also, your property value increases 10 - 15% because of your roof."

Cusick said this roof can only improve on a home's value.

"All your other roofs will depreciate in value. Solar roofs are the only ones that will give you a return day 1," Cusick explained.

The Taits like the look of a solar roof. They like its price tag, and it's expected to decrease their carbon footprint.

Gill Tait looked at the roof from the outside, smiled a big smile, and said, "It looks even slicker than a regular roof!"