A group of young women from Atlanta say it’s an especially good experience attending the festival on Juneteenth with lots of people of color at the beach. 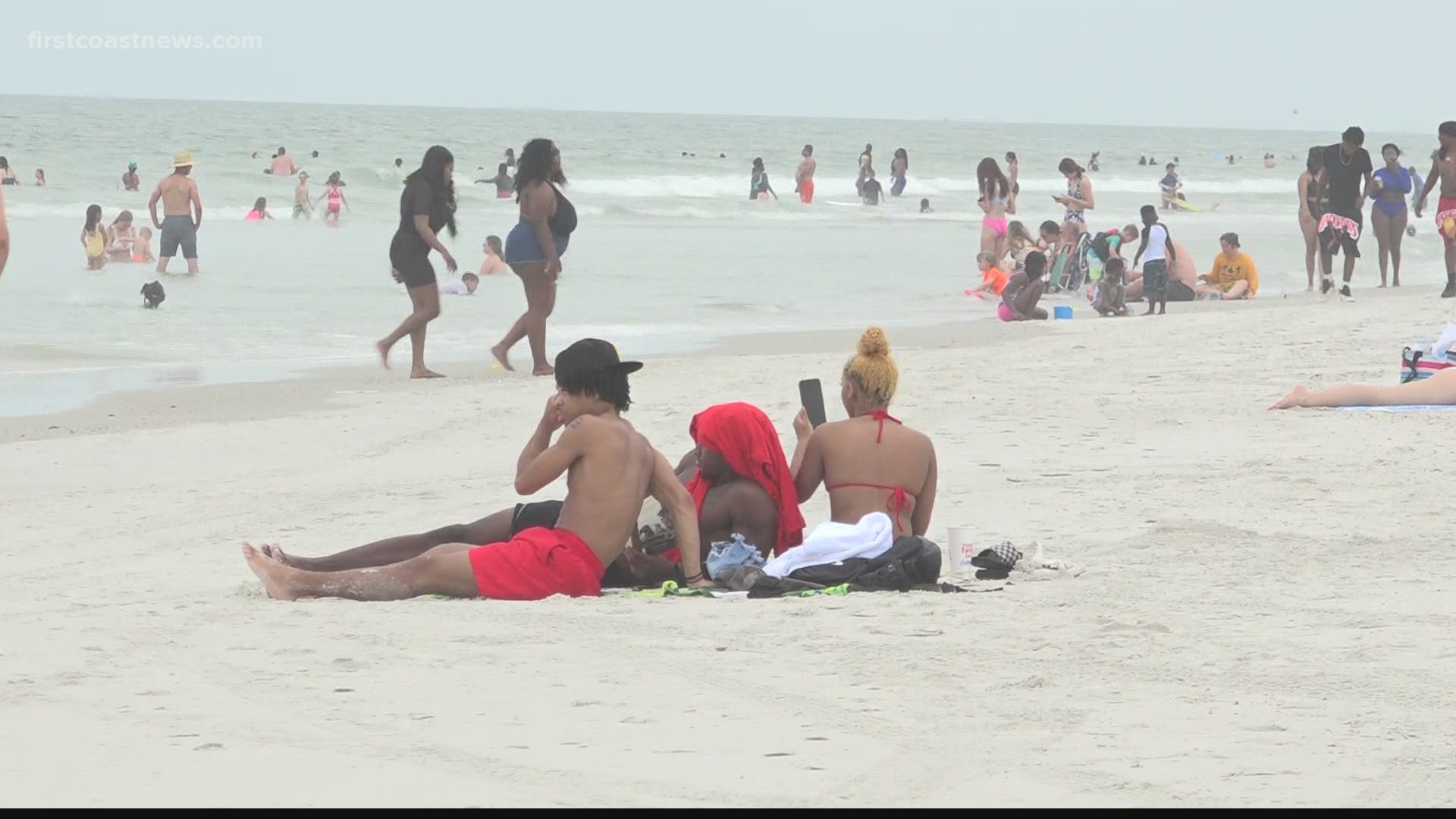 JACKSONVILLE BEACH, Fla. — Tens of thousands of young people are expected in Jacksonville and in Jacksonville Beach for the Orange Crush Festival, which moved from Tybee Island in Georgia last year.

Many of them are enjoying their Saturday on the beach relaxing and spending time with friends.

Keyo Boyd came to the Orange Crush Festival with three friends from Atlanta, including Angela Searles.

“I’m glad to see it because with the time we’ve been living in, it’s good to see young people having a good time and having fun, letting loose, especially with college coming off of the break," Angela Searles said.

Young people spent the day dancing with friends, soaking in the sun, playing football on the beach, and even petting dogs in the sand.

The four young women from Atlanta say they’re having a great time for Orange Crush weekend. They say it’s an especially good experience on Juneteenth with lots of people of color at the beach.

“Seeing the amount of Black people and brown people experiencing the culture has been absolutely amazing," Boyd said.

About 20,000 young people are expected in Duval County for the festival. The four women from Atlanta said it's an experience they'll never forget.

“It worked out really well. We were pleasantly surprised coming into Jacksonville," Searles said. "It wasn’t our first pick for a girl’s trip, but due to everything being booked, we totally enjoy the hospitality and the vibe.”

About 20,000 young people are expected in Duval County this weekend for the #OrangeCrushFestival. I spoke to a group of four young women who traveled from Atlanta for the event. They'll share their experience so far tonight on @FCN2go. pic.twitter.com/FKJXpHwAB0