A temporary homeless shelter which held hundreds of people from a tent city in Downtown will be closing Thursday. 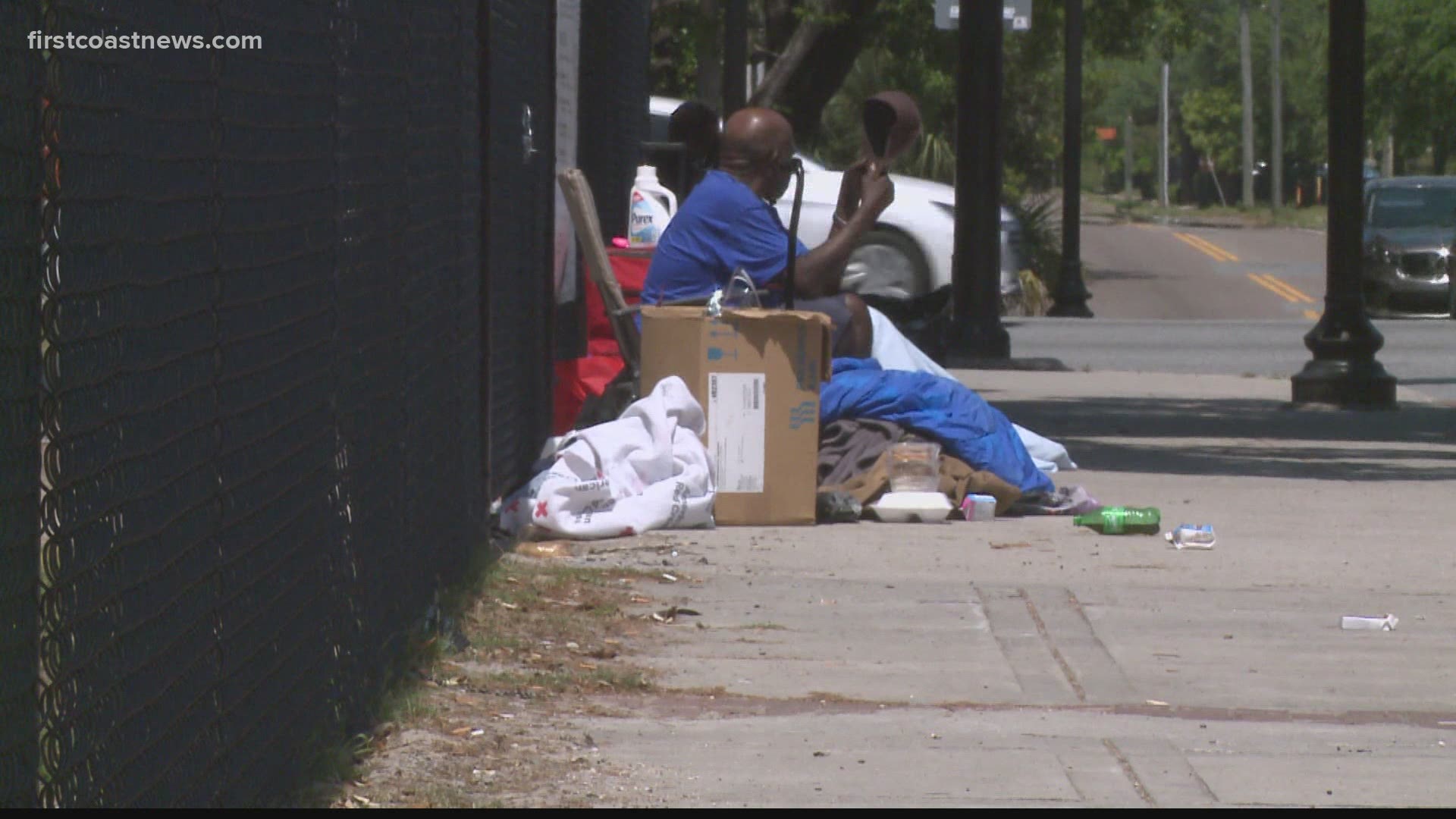 JACKSONVILLE, Fla. — The city opened a bridge shelter in Downtown Jacksonville to alleviate a growing homeless tent city they say was a public health and safety risk.

Organizers say they are working to shuttle homeless people to their next stop before the bridge shelter closes on Thursday.

It could be a hotel, shelter or other permanent housing where the homeless people go. Some have reunited with families in other cities.

While nearly 200 people got assistance, some understand homelessness will continue to be an issue.

Being homeless looks different for each person.

David Dixon has a job washing cars. He said it pays under the table.

“I work seven days a week, but when I get off and get back here reality sets in, and you don’t have a roof over your head," Dixon said.

Dixon said he was paying rent to stay at the Gold Rush Inn before it shut down last year.

He feels homelessness will remain a problem in Jacksonville once the temporary shelter closes.

In all, 187 people total came through the shelter on Ashley Street. About 35 are still working to find housing, according to Dawn Gilman of Changing Homelessness.

“Our goal was everybody would exit with their own plan," Gilman said. "Their exit plan on where they want to go to. A lot of these folks have worked their plan and made choices most of us would agree with and others made their own choices."

Some were given bus fare to reunite with family while others were placed into hotels, shelters or other permanent housing.

Dixon knows some people want to remain homeless, but that’s not his goal.

Gilman says the Urban Rest Stop is the closest thing to this shelter that provides multiple resources in one spot.