Hours of body camera footage released shows the scope and intensity of the search for 5-year-old Taylor Williams. 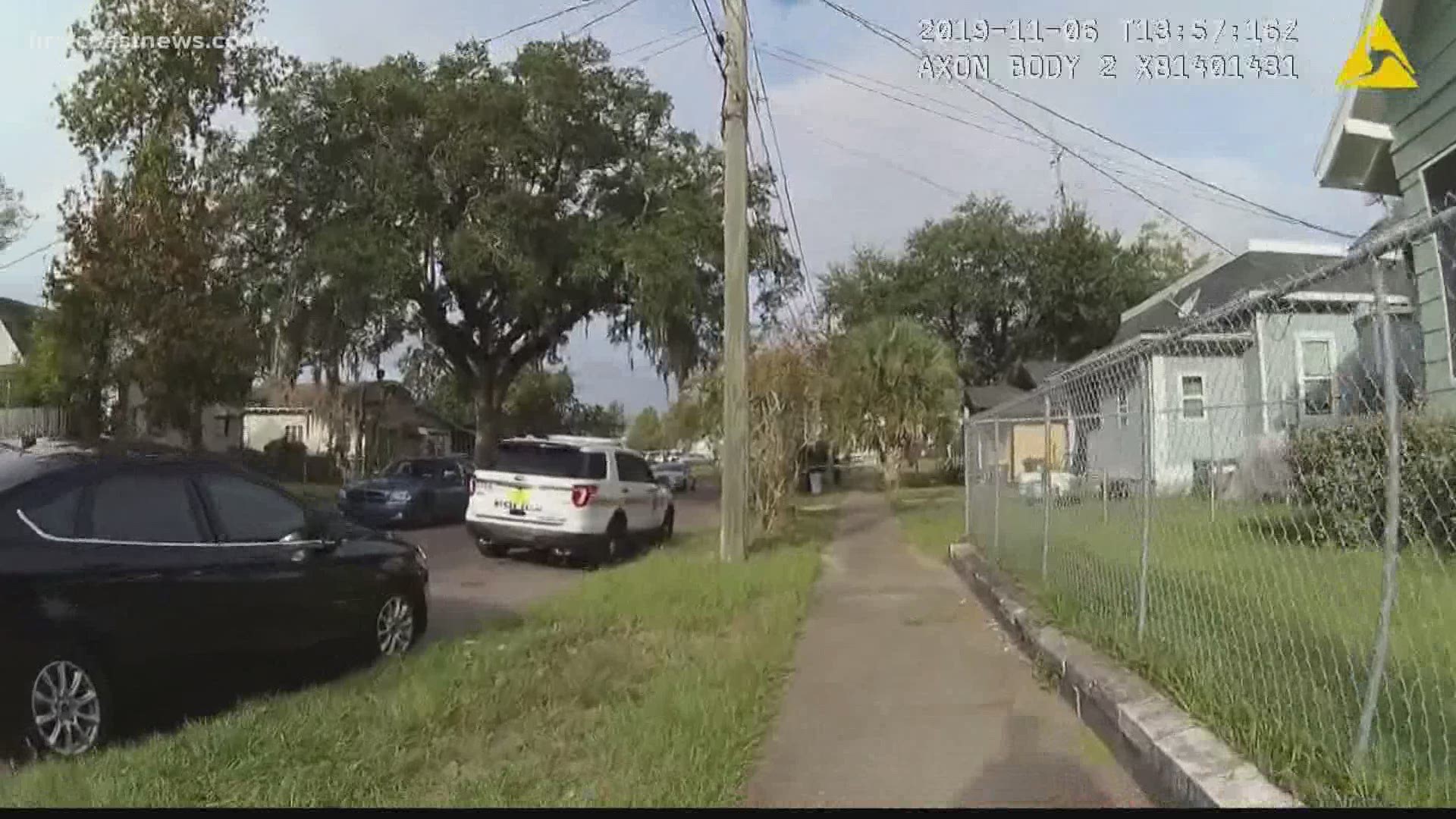 JACKSONVILLE, Fla. — The earliest recorded police interview with a mother who reported her daughter missing last November was released Tuesday, along with nearly 200 clips of police body camera video.

The video shows both the scope and the intensity of the early search for 5-year-old Taylor Williams.

Williams has since been charged with aggravated child neglect, specifically for what prosecutors say involved the “willful torture, illegal caging” of the girl. Williams pleaded not guilty.

Last week, the official autopsy was released, which found signs of possible neglect,  but conclude the cause of death was “Undetermined.”

Tuesday’s video release paints a picture of both the confusion and desperation of the morning of Nov. 6.

As helicopters audibly circle Williams’ Brentwood neighborhood, she appears to give police a confusing and contradictory timeline. During the interview, officers asked when she moved into the Brentwood home.

Officer: “And this was in June?”

Williams: “This was in June when I came. July, I think so -- like 4th of July or around that weekend.”

The officer also appeared in the video to struggle to understand timeline of when the girl was actually with Williams, and not with her grandmother in Alabama.

Officer: “So, let’s fast forward a little bit. So, after she came back from living with your mother was what? When did she come back to Jacksonville?"

Williams told officers she started to move “nonperishable food” into the Brentwood home from her Southside apartment in June, but held off on moving in after realizing the new home had been burglarized.

“So you have been paying the mortgage on the [Southside] apartment, and here, the whole time?” the officer asked Brianna Williams. “My point is, you had seen the place before, unlike what you stated.”

Williams is tearful in portions of her early interviews. However, police quickly began to question her story, and she eventually stopped cooperating with detectives.