The DCPS elementary school teacher says she was told by her principal she would have to teach from her classroom. 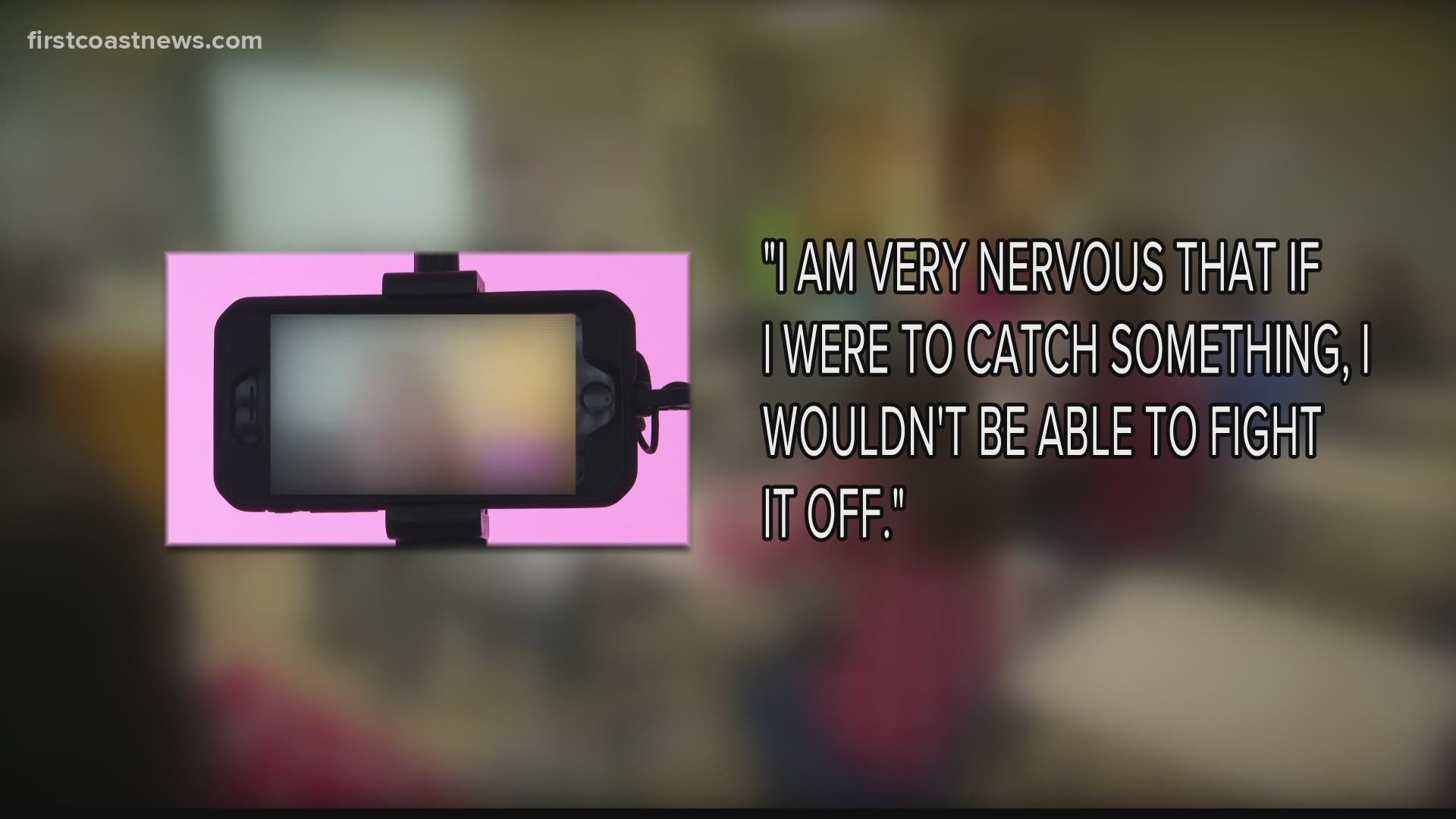 JACKSONVILLE, Fla. — False hopes and promises, according to one Duval County Public School teacher, who tells us First Coast News that Duval HomeRoom has turned into something she didn’t expect.

“It was my understanding, along with many, many other teachers, that we would be allowed to work from home,” she said.

The elementary school teacher didn’t want us to reveal her identity, but she says she signed up to teach from home in large part because of a medical condition.

Her application for Duval HomeRoom was accepted, but she says her principal told her she’ll have to return to school and teach online from an empty classroom. Other teachers say they’ve been told the same.

“I wanted to work from home so that I would be safe and not exposed," she said. "I am very nervous that if I were to catch something, I wouldn’t be able to fend it off.”

The teacher says she’s also having to jump through extra hoops by filling out paperwork through the Americans with Disabilities Act in order to work from home. She says she shouldn’t have to and has hired a lawyer.

“I didn’t think that my ability to work from home would be based on whether or not that was approved or not,” she explained.

In response, a spokesperson for DCPS tells us, “Employees who have personal questions about how this information applies to them should contact their immediate supervisor or the HR department.”

But the teacher says she hasn’t been given any guidance about expectations as she’s set to report to school for preplanning on Wednesday.