Scott Mann created Last Out: Elegy of A Green Beret as part of his journey to find hope and healing. 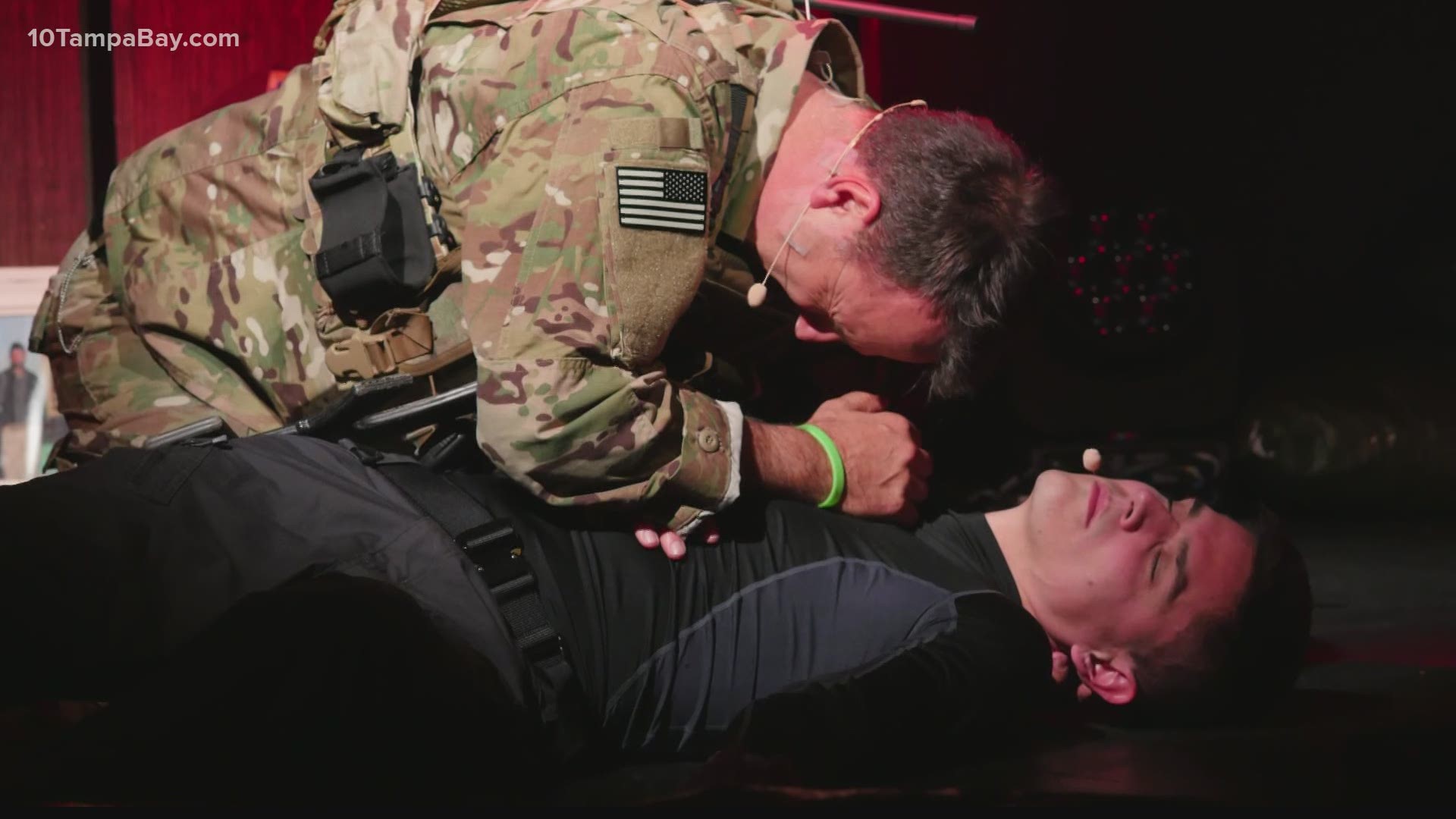 TAMPA, Fla. — Scott Mann spent 23 years in the United States Army, 18 of which he served as a Green Beret. In 2018, we shared the special operation veteran’s story as he prepared to launch his play Last Out: Elegy of a Green Beret.

Last Out features a cast of veterans and family members. The production toured the country, but the pandemic stopped that. Scott pushed on and, taking a page from Hamilton, turned Last Out into a film of the stage presentation to be shared across the country.

“Our brothers and sisters, moms and dads, husbands and wives who fell, you know, fell for something bigger than themselves and we have an obligation to honor that and to try to live a life as best we can worthy of that sacrifice,” he said.

He says he wrote the film to help civilians understand the true cost of military service and war, but the film and play are both in honor of Gold Star families. As the cast toured the country performing the play, they met with those family members who added a piece of their loved one to the “wall of honor” which is central to the story.

“Wendy Maholic, one of the guys that this play is based on [is] her husband, Tom, she reached into her purse and pulled out his dog tag that she had carried for years and I just couldn't believe it. And she said, ‘It needs to be on this wall.’ And it's still on here. You still got his thumb imprint from where he used it to scoop out food. And it's, it's very special,” he said.

There are pictures of the heroes who fell in service to this country. There are drawings from their children. All are now on a national stage as LAST OUT: The Film premiered in a limited release over Memorial Day weekend and is available for free through June 2nd.

He hopes that on Memorial Day, Americans take the time to watch the movie, reflect on the warriors no longer with us and the families still healing.

“Let's just let's just remember what we've been gifted here, and try to live a life worthy of that, and for those who are hurting I hope that they'll find a way to let go of that pain and know peace,” he said.

Scott says the final cut will premiere on September 11th as we mark 20 years since the attack on America. The goal is to have it stream on a large platform, but people can host community watch parties as well.

Any money made will assist Scott’s non-profit, The Heroes Journey, in opening a Veterans’ Performing Arts Center in Tampa called “Better Ground.”