Swim with Moray Eels in this underwater airplane graveyard off the coast of St. Augustine

The A-6 Intruder aircraft were retired in 1993. Two years later they used the metal husks to create an amazing artificial reef. 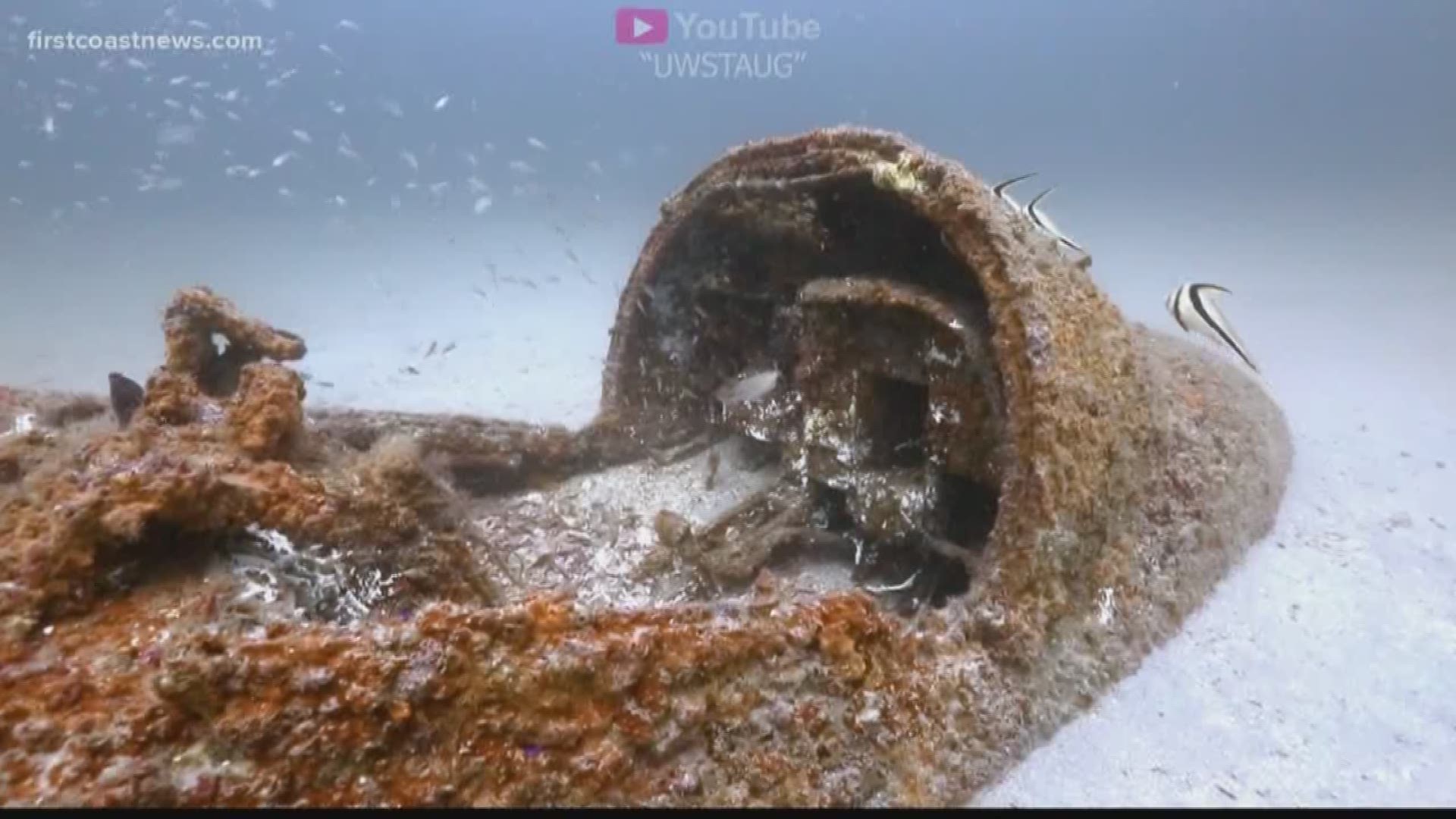 ST. AUGUSTINE, Fla. — An artificial reef of the coast of St. Augustine is booming with marine life thanks to over 40 A-6 Intruder aircraft that were once marked for destruction.

These massive metal structures were sunk 25 years ago to create an artificial reef. It's now a destination for fishermen and scuba divers to see an array of sea creatures and even hunt invasive species.

Joe Kistel is an underwater videographer who has captured the diverse ecosystem thriving on the ocean floor. He helped make a video for St. Johns County to highlight some of their more interesting reefs. Not only is the underground atoll full of exotic wildlife, but it has an impressive back story.

According to an article from  Air & Space magazine, the A-6 Intruder was retired in 1993. Grumman, the manufacturer, had to stop work on the planes immediately.

"In the course of one day, Grumman moved from upgrading 80 A-6's to preparing to tear them down," Kistel explained.

The aircraft had been serving the Navy for more than 30 years and now it was just scrap metal. Some of these planes went to museums, a few others were sent to Naval bases to be mounted on poles as "gate guards." But a large majority of the planes were sitting at a facility in St. Augustine marked for destruction.

"Steve Blalock down at St. Augustine was able to coordinate with Grumman to provide these aircraft to take them offshore to create marine habitat," recounts Kistel. "In 1995, two barge loads filled with these aircraft were taken about close to 30 miles off shore of the St. Augustine Inlet and placed in the ocean."

“As a diver, you can tell right away that these are military aircraft, which is neat," Kistel said. "So there’s no guesswork of what this structure is. And then there’s several of them. And once you get beyond the awe of the aircraft structure itself, you see all the resident marine life that have taken up home to these aircraft bodies."

Kistel explains that St. Augustine waters are unique because they are kind of tropical and kind of temperate, so you will get more of the colorful fish than you would think.

“We get a lot of species from both the north and the south that come to our reef. You get to see a lot of interesting animals and Angel Fish are one of those,” Kistel said.

One of the things Kistel was most excited about was the Moray Eels. "Every aircraft you kind of swim around when you look in the nooks and crannies you see a Moray Eel kind of pulsing his mouth at you which is fun to see,” he said.

The Moray Eels come in all colors and sizes.

Invasive Lionfish are also prevalent, but Kistel says this provides a unique opportunity.

“It’s an opportunity for people to harvest Lionfish," Kistel said. "It’s becoming a very popular activity now. There’s a whole new demographic of scuba divers now that are hunting Lionfish and they feel good about it because they’re getting rid of an invasive species, but at the same time they’re harvesting a very tasty fish.”

Kistel wants to share all of unique opportunities these waters have to offer.

“There’s so many neat things offshore that a lot of people have no idea," he said. "These artificial reefs are great for fishing and scuba diving and the intruder aircraft reef is one of my favorites because it really takes those things to the next level.”