Chief T.K. Waters said the officer involved was shot at several times by a male suspect before returning fire. A man inside the suspect's car was critically injured. 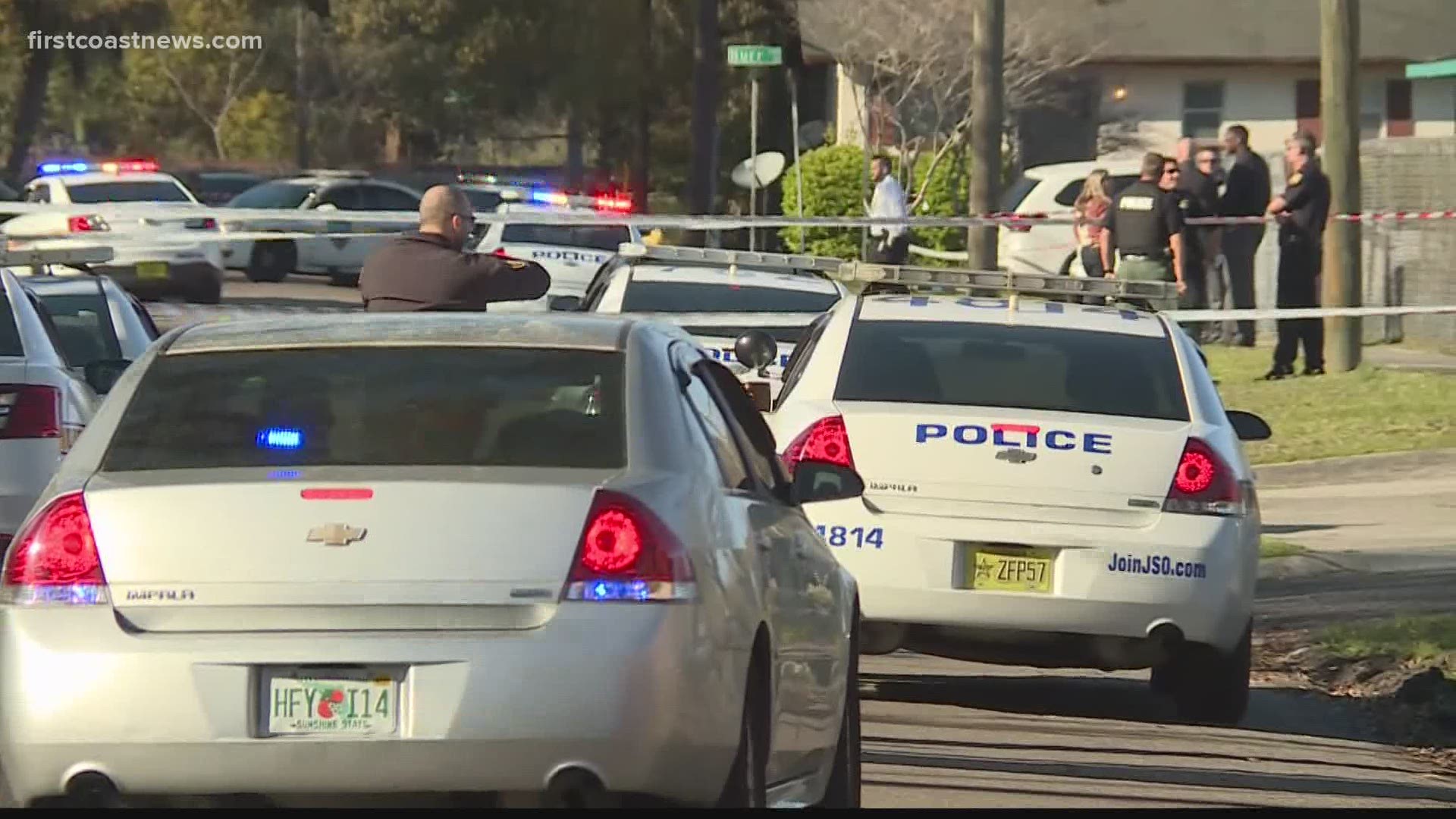 JACKSONVILLE, Fla. — A man is in the hospital after an officer-involved shooting Monday afternoon in the Robinson's Addition neighborhood on Jacksonville's Westside.

During the second robbery, a witness identified a vehicle they believed the suspect was driving, Waters said.

Officer J.A. Ledger spotted a vehicle that matched the witness's description in the 1000 block of Line Street and pulled the vehicle over. The officer gave verbal commands for the driver to exit the vehicle, Waters said.

At some point, a male passenger inside the vehicle exited with his hands up.

When Ledger turned his attention back to the suspect, the suspect opened fire at the officer. The officer's car was hit with at least five bullets, according to Waters.

Ledger returned fire until the suspect fled the scene, headed west. The passenger who left the vehicle was critically injured at the scene, though police did not say whether he was shot.

First responders took the man to the hospital where he remains in critical, but stable condition and was taken into surgery. He is not considered a suspect, Water said.

Chief Waters said Ledger was not injured in the shootout, despite initial reports from JSO that said an officer received minor injuries.

There was also a female passenger in the vehicle. She was not injured and is not considered a suspect, Waters said.

Meanwhile, officers later found the suspect hiding in a dumpster in the 1300 block of Pickettville Road along with a firearm. Police arrested the suspect with charges pending against him. The suspect was not injured in the shooting, according to Waters.