Jacksonville on track to have housing for all homeless vets by April, but there's more work to do

The point-in-time count finds out who's homeless and what got them there in order to get them off the streets and into safe homes. 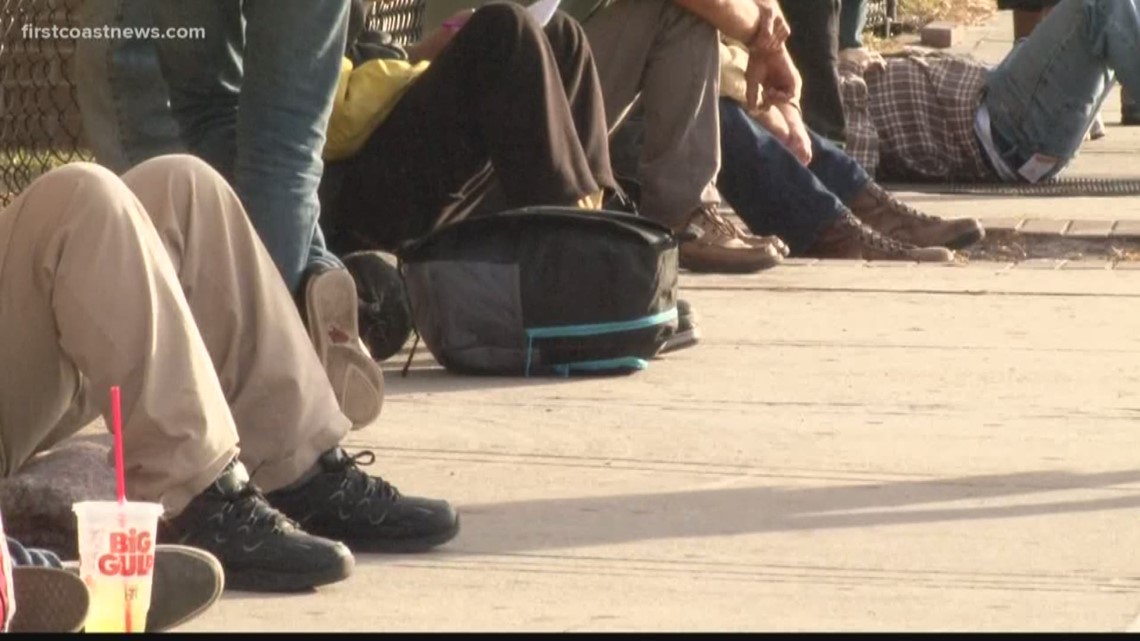 There are thousands of people in Florida who don't know where they're going to sleep every night. On Wednesday, dozens of volunteers set out to figure out how to help them.

The annual point-in-time count helps to find out who's homeless and what got them there in order to get them off the streets and into safe homes.

"We know that we're seeing about 20 to 25 veterans becoming homeless, literally homeless, every month," said Dawn Gilman, CEO of Changing Homelessness, which did the count. "So we've got to get our housing numbers up above that."

Gilman says we're on track to have enough housing for all veterans by April. However, she also expects the number of homeless people to be greater because of housing prices.

"Those have continued to go up a lot faster than wages," Gilman said. "So as that happens, the longer that that happens, it's harder and harder for families and individuals to maintain any sort of housing."

"So even though, if you look outside, anecdotally it does feel like there's a lot more people out there," said Gilman. "If we look at the actual data, homelessness has decreased about 30% overall in the last ten years."

This year, a specific focus is the needs at different ages. Medical help is needed for people over 50 and they're also focusing on younger people.

"With those 18 to 24, we're trying to figure out, how do we bump them up and out as soon as possible so they never have to touch our system again," Gilman said.

This year they're also asking those who are homeless if they are victims of domestic violence. Gilman says there's a big need there and so far they have some grants to help rehouse families to keep them safe.