The Jacksonville-based program SurfearNEGRA is getting more attention. Now a city with historic racial issues aims to participate. 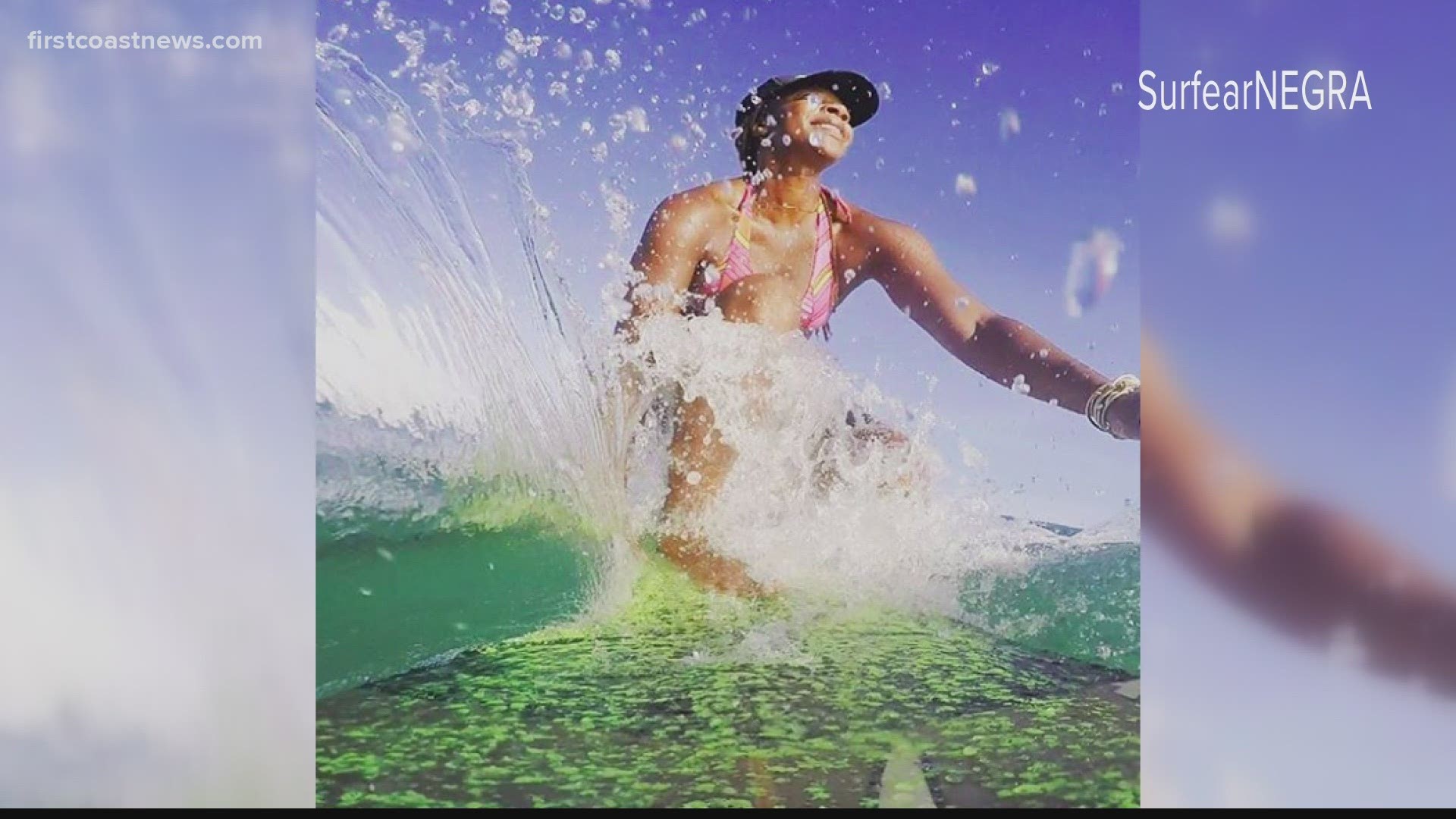 ST. AUGUSTINE, Fla. — A Jacksonville woman is working to spread the love of surfing to those who may have never had the opportunity to surf.

The goal is not just to share the sport of surfing, but to cross-cultural lines and build community.

The program has gotten the City of St. Augustine’s attention.

"There was something exciting about it. Something freeing about it,"  Gigi Lucas said.

She lives in Jacksonville, and even though she had lived near the water most of her life, she did not learn to surf until she was 35.

"I never considered surfing primarily because I never saw anyone who looked like me who did it," Lucas said.

However,  when Lucas learned how to surf eight years ago, she was hooked. She has now started a program called SurfearNEGRA.

"We want to introduce more culture and gender diversity into the sport of surfing," she explained.

The program that now spreads across the country targets Black girls between 7 and 17 years old. It raises money to pay for the youths to go to locally owned and operated surf camps near them.

In a video art exhibit at the Museum of Contemporary Art in Jacksonville, Lucas is shown surfing in one panel. In the panel next to her is video of white people confronting and attacking peaceful protesters on the segregated St. Augustine Beach in the 1960's.

He told Lucas during a zoom gathering earlier this year, 'You’re message is resonating with many people in St. Augustine."

West Augustine is a predominantly Black neighborhood and one of the poorest communities in St. Johns County.

"There are a lot of residents in West Augustine who don’t know how to swim, probably have never been to the beach even though it’s a couple miles up the street," Lucas told First Coast News. "Our goal is to make it accessible for whoever wants it."

"With surfing, you gain all kinds of understanding of nature, the environment and confidence," Regan said. "Most important, you learn how to waterproof yourself. And waterproofing children in Florida is a critical issue."

Lucas said there are already two or three local surf schools in the St. Augustine ready to participate.

"For me, the fact people are rallying around surfing, around reach, and being open and exploring healing, makes me feel the best," Lucas said.