The purpose of the event is to inspire and empower women and young girls while also drawing women’s surf competitors from around the world. 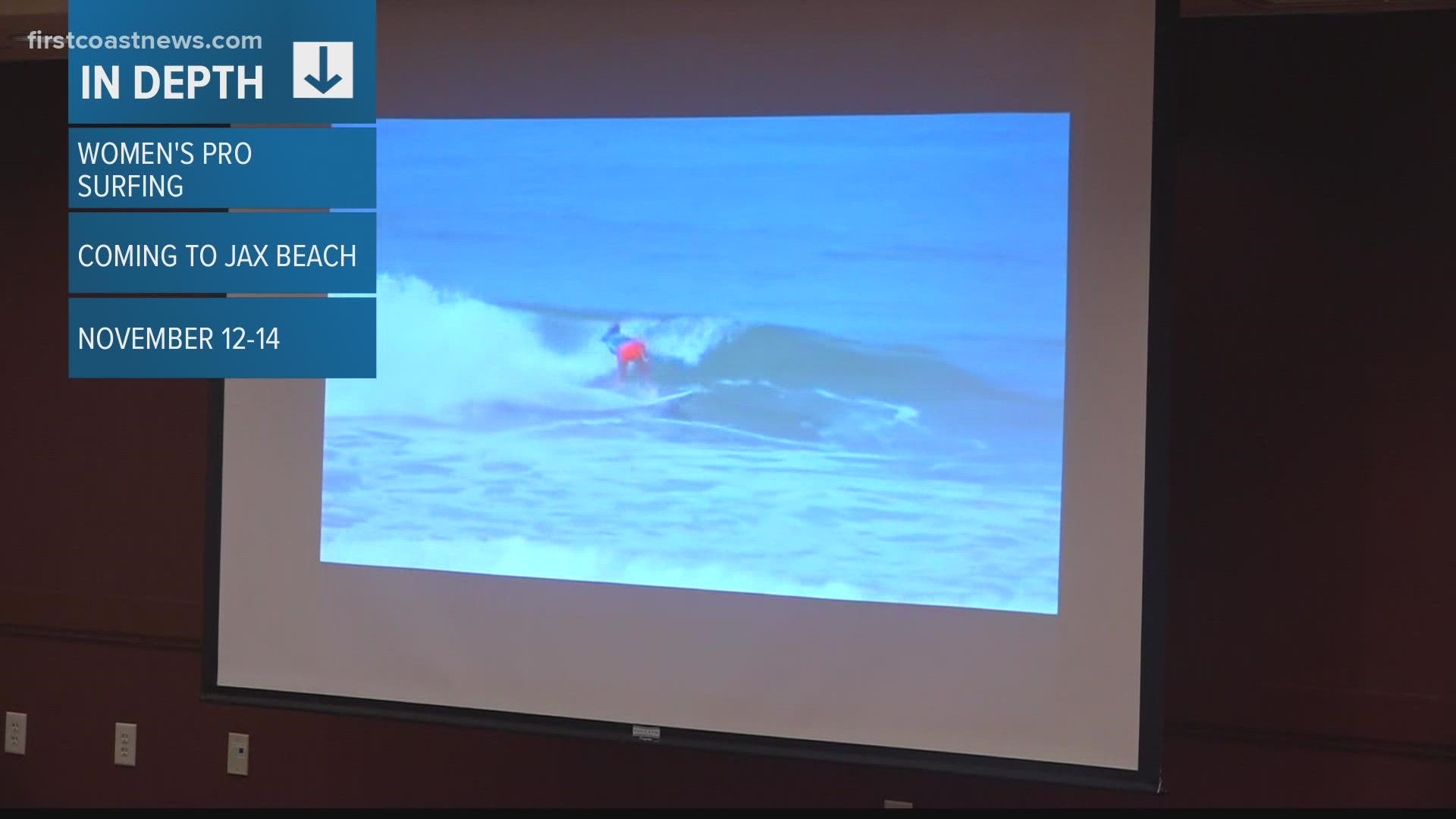 Jacksonville Beach has been selected as the host city for the multi-day event that was created to highlight the special contributions and leadership of women in sports, music, corporate board rooms, the military and more.

City of Jacksonville Beach Mayor Chris Hoffman and Rick Bratman, CEO of ASA Entertainment made the announcement during a press conference Wednesday morning.

Super Girl Surf Pro will be held Nov. 12-14, 2021. This is the first women’s professional surfing competition of its caliber to come to Northeast Florida.

The sole purpose of the event is to inspire and empower women and young girls while also drawing women’s surf competitors from around the world, including the United States’ 2021 Olympic Gold Medalist Carissa Moore.

“The community of Jacksonville Beach is proud to showcase our beautiful coastline as well as welcome visitors from around the country,” said Jacksonville Beach Mayor Chris Hoffman. “We are excited about the athletes competing and the variety of events planned throughout the weekend that empower girls and women. This event will have a significant economic impact for our area as the expected attendance is 20,000 per day,” she continued.

The event and festival will feature female World Surf League (WSL) professional surfing athletes, volleyball and swimming competitions, music performances and so much more. All competitions and activities are free to the public.

Since 2007, the popular surfing competition and festival has been held in San Diego in September. Each Super Girl event is centered around providing social, athletic, cultural, educational, business and entertainment opportunities for young women in areas where they are traditionally underrepresented, according to officials.

“When Super Girl was ready to grow and add an east coast event, we couldn’t think of a better location for incredible surfing and a cool, welcoming vibe than Jacksonville Beach,” said Rick Bratman, CEO of ASA Entertainment, the event’s producer. “The Super Girl Surf Pro has made a long-term commitment to hosting a stellar event that will empower young women, as well as showcase successful women in professional surfing and from many other walks of life,” he added.

The full entertainment schedule and activities for Jacksonville Beach will be announced in the upcoming weeks.