This family-owned theater in Five Points took a big financial hit like most businesses due to shutting down, but they’re gearing up for a big return. 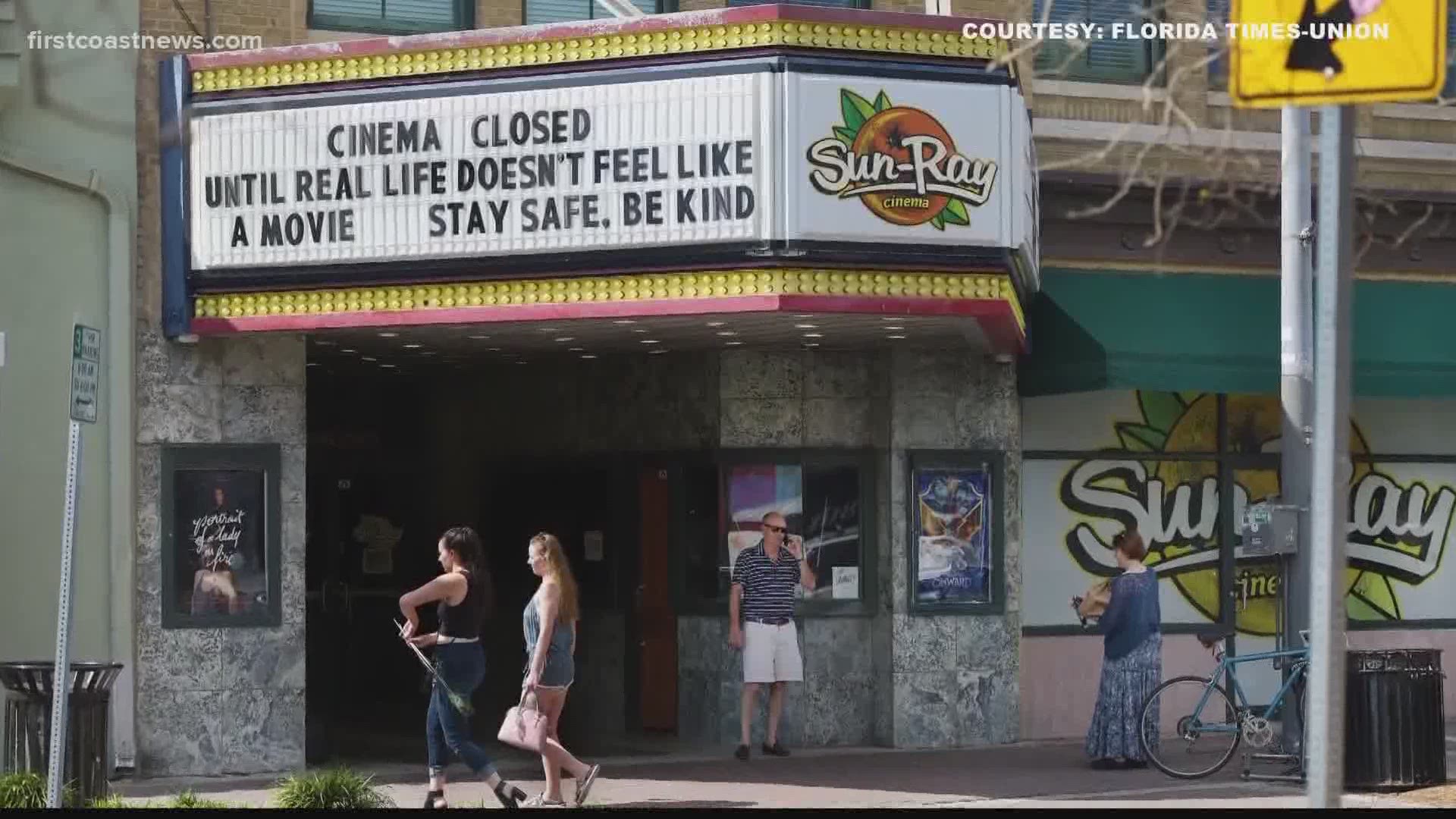 JACKSONVILLE, Fla. — One aspect of normalcy many people are missing amid the COVID-19 pandemic is being able to enjoy a movie on the big screen. Most movie theaters have yet to re-open their doors.

Local family owned theater Sun-Ray Cinema in Five Points in Jacksonville took a big financial hit like most businesses due to shutting down, but they’re gearing up for a big return and offering from special experiences in the meantime.

Shana David-Massett and her husband Tim opened up Sun-Ray in 2011. Like most business owners, they never expected or prepared for something like this to happen.

"The rug was pulled out from under us, it’s so disorienting, you know we built this from nada, nothing," said David-Massett.

They were forced to close their doors on March 15. They haven't been able to have customers, but they've spent this time doing as many renovations as possible.

"We were in this real growth phase as we were coming into the first quarter here of 2020 and then whew, just like a giant pause button," she said. "What really is our bread and butter? Huge releases, and they’re ain’t any."

She says ever since the new James Bond movie was pulled in March, it was a domino effect of canceled releases, but there is light at the end of the movie reel, even if there are still capacity restrictions.

"Right now it would have to be 50%, things change, but the first movie we are looking at on our docket is 'Tenet', this big Christopher Nolan, must be seen on the big screen huge piece," she said.

That is expected to come out on July 17, followed by another big release, she hopes.

"Right now the biggest mouse in the world, the Disney, is talking about releasing Mulan the last weekend in July and if they stick with that we’ll all be Mulaning together," she said.

Until then, they created pop-up drive-in movies for the end of May at various locations, which all sold out almost immediately.

They are also renting out their theaters to private groups of 15 or less to a movie of your choice through "Sun-Ray On Demand." Private parties of close friends or family will keep the capacity low and the area cleaner.

While she is excited to get back into action filling their theaters, times have been tough; they had to let the majority of their employees go these last couple of months. She hopes to be able to bring them back. She’s ready to press play as soon as they get the green light to do so.

"People are ready to come back to the movies," she said. "It is designed to be an escape from the world, a really immersive thing, and with us it’s with milk shakes and every kind of food options for everyone so it’s going to be nice seeing everyone again."