"She's a minor, and they don't even let me know when they're taking my daughter off of campus?" she asked. 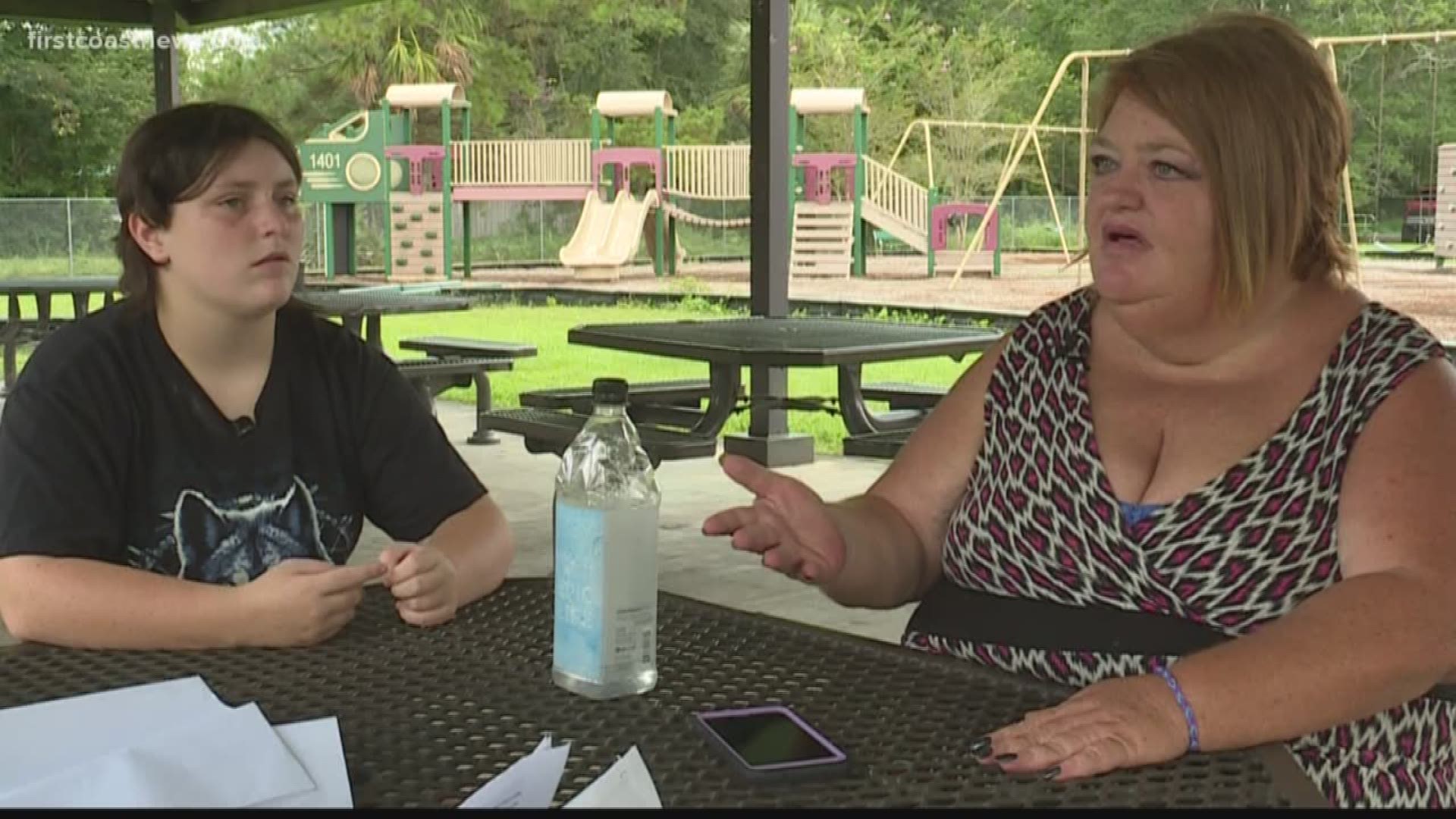 JACKSONVILLE, Fl -- An eighth-grader was taken from her Nassau County middle school last week in the back of a deputy's car to a mental health facility.

"I was in shock," said Lisa, the student's mother, "I didn't find out until she was already off campus."

Lisa said she was never notified beforehand and that is wrong and troubling.

"She's a minor, and they don't even let me know when they're taking my daughter off of campus?" she asked.

Carmen, her daughter, told On Your Side it was over some drawings.

"It happened the same day I had drawn some homicidal pictures," said Carmen.

The teenager said she was being bullied, and the drawings were her way of venting. She said she suffers from depression, but she is not suicidal.

The document used to execute the Baker Act states the student was having, "bullying/interpersonal problems with her peers; expressing suicidal Ideation and homicidal Ideation."

Attorney Justin Drach is with the firm Thoele and Drach. Their specialty is Baker Act cases.

"It doesn't appear that there is sufficient reason to Baker Act the child," said Drach.

While he is not involved in this case, he said the Florida law is often misapplied.

"We need to fix some things regarding the Baker Act," he said.

A parents consent is needed for treatment, but he said there is nothing in the law that requires notification to parents beforehand.

"They didn't even let me know until it was all over -- that's what bothers me the most," said Lisa.

The Scientology-based organization states to enforce the Baker Act the patient needs to meet the following criteria:

Is the person mentally ill?

Is the person refusing a voluntary examination?

Is the person a present threat of substantial harm to his or her well-being?

Lisa said she may move her 13-year-old daughter to another school. She is concerned that this may only add to the bullying she now experiences in school.