The threat was received through a student's cell phone via AirDrop, an Apple Inc. feature that allows users to share files with each other. 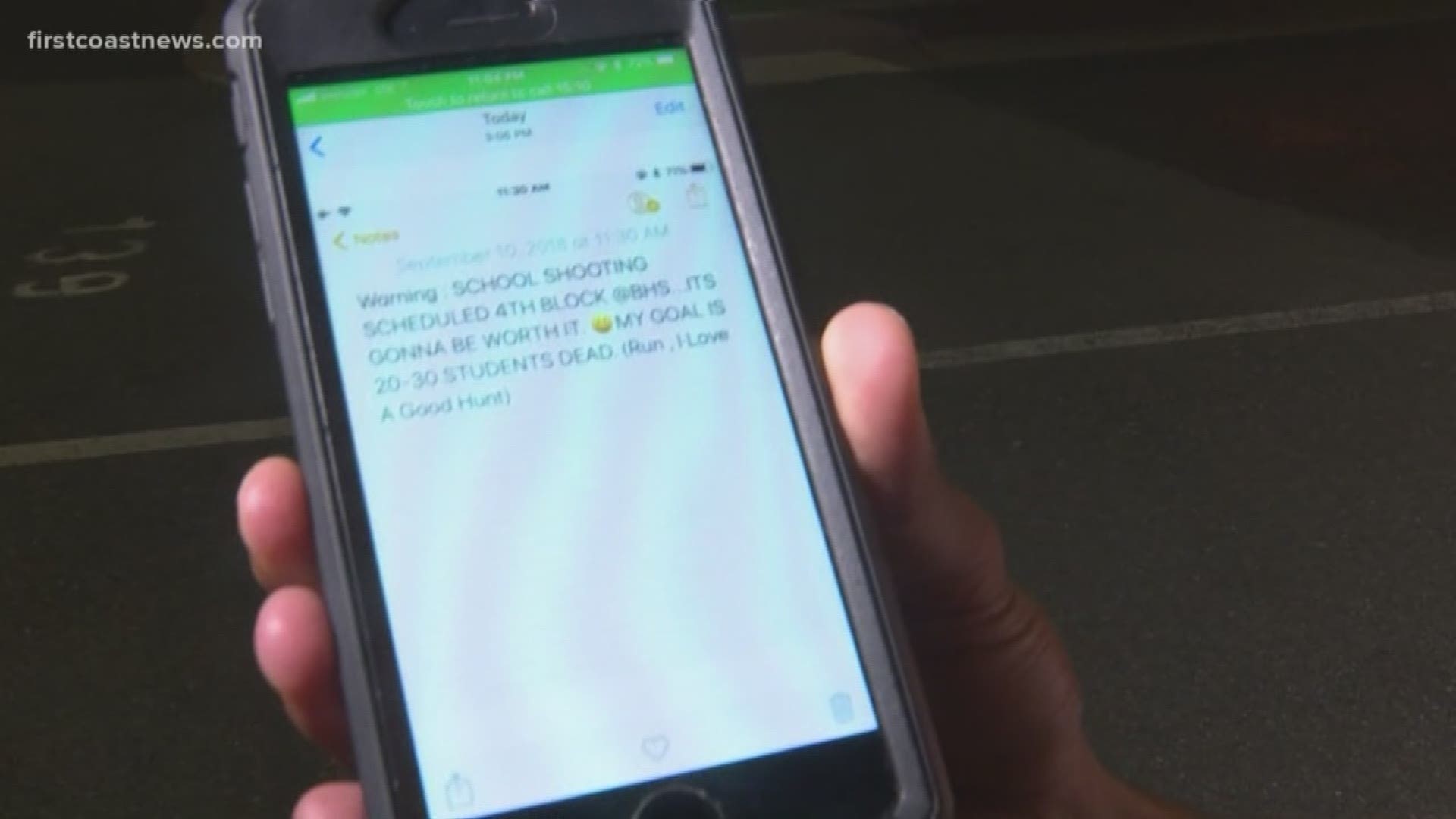 A 16-year-old Brunswick High Schooler was arrested Monday afternoon after school administrators learned a student sent an anonymous message to other students saying there would be a shooting during fourth block.

Students received the message around noon via “AirDrop,” Apple’s Bluetooth system. The person who wrote the message said their the goal was to kill 20-30 students.

Soon after, the school was under lockdown. FCN spoke to a parent whose son attends Brunswick High, she wanted to remain anonymous.

“I got a text message about 1 o’clock from my son saying there was a threat from the school, and I got a message from a friend on Facebook that actually had the Airdrop message,” she said.

She explains the feeling of getting that text message. “Your heart stops," she said.

She picked up her son shortly after.

Multiple agencies responded alongside Brunswick Police, including Georgia State Patrol, the FBI and the Glynn County Sheriff’s Office. The school district said the principal notified parents, and a student was quickly identified and arrested within a couple of hours.

"The biggest piece of mind that I had was that the school was on top of it so quick. I couldn't have asked for anything more from them,” she said.

Glynn County Schools wrote a statement on Facebook, "While no weapon was found, this serves to reinforce the importance of reminding your child that if they see or hear something, say something. All threats will be taken seriously and charges will be pursued."

Police said there will be a security presence for the next several days. Parents are on edge, praying for their kids to be safe at school. "What do you really do with the kids? How do we really protect them? Because there's so many 'if's," she said.

The school district said the threat was no longer a concern after the teen's arrest, and school went on as planned. The suspect was charged with terroristic threats and disruption of a public school by Glynn County Police investigators.