Stories of Service: Meet NAS Jax's Sailor of the Year

Before Petty Officer Second Class Verlinne Sylla was helping sailors find a place to live, she completed a deployment on board the USS Dwight D. Eisenhower. 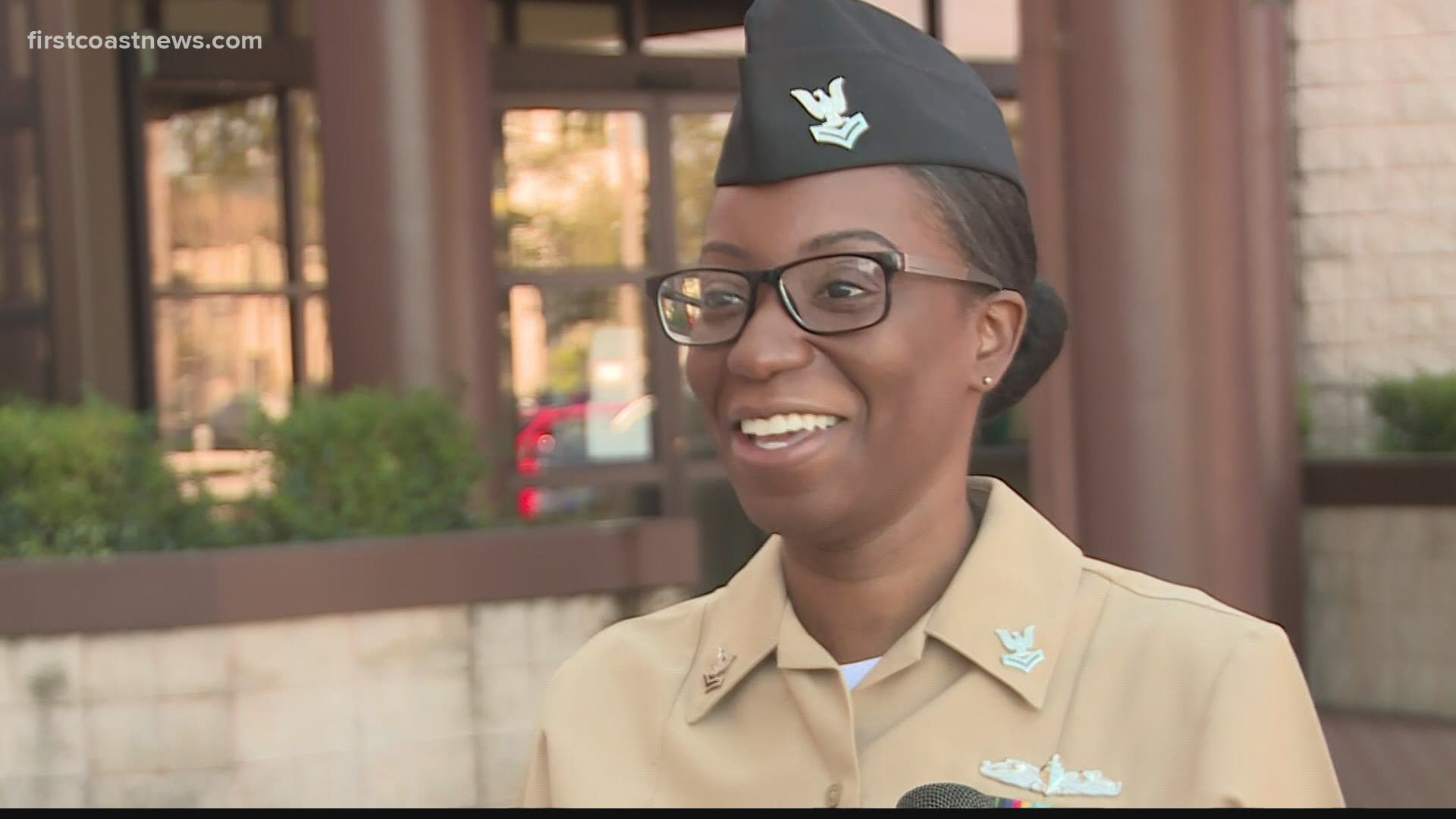 JACKSONVILLE BEACH, Fla. — Every week, we're honoring our military men and women on the First Coast in a new series called "Stories of Service."

Our local military heroes are strong, selfless and courageous. They give their all to keep all of us safe.

This week's honoree is Petty Officer Second Class Verlinne Sylla. She was named "Sailor of the Year" at Naval Air Station Jacksonville in 2020. Sylla joined the Navy in 2013.

"I am the front desk clerk here on base. I check in all the sailors who are single and need housing," Sylla said.

Before Sylla was helping sailors find a place to live, she completed a deployment onboard the USS Dwight D. Eisenhower and visited six countries.

"When I had the opportunity to go to Europe, it was just a whole new world for me."

Sylla is a first-generation American and the second oldest of seven children.

"My family came from Haiti. We didn't come from the best beginnings. But, we made the best that we could in our situation. To have my nieces and nephews look up to me in this uniform, it's an honor just to serve," she said.

While in the Navy, the 31-year-old sailor completed her bachelor's degree and is now planning on getting her master's degree.

But, she also has another goal in mind.

"I would like to become a chief within four years," she said.

Sylla's comrades say she an encouraging voice, even helping other sailors plan out their careers.

"It's just an honor to serve and be around people that respect the organization," she said.

Sylla only has a few more months on the First Coast. She's transferring to Virginia in July and will be on a pre-commissioned ship the USS John F. Kennedy.

If there's a soldier in your life you would like to honor, we would love to tell their story.