The Crestwood Nursing Center has until June 30th to sell or Florida's Agency For Health Care Administration will require it to relocate its residents. 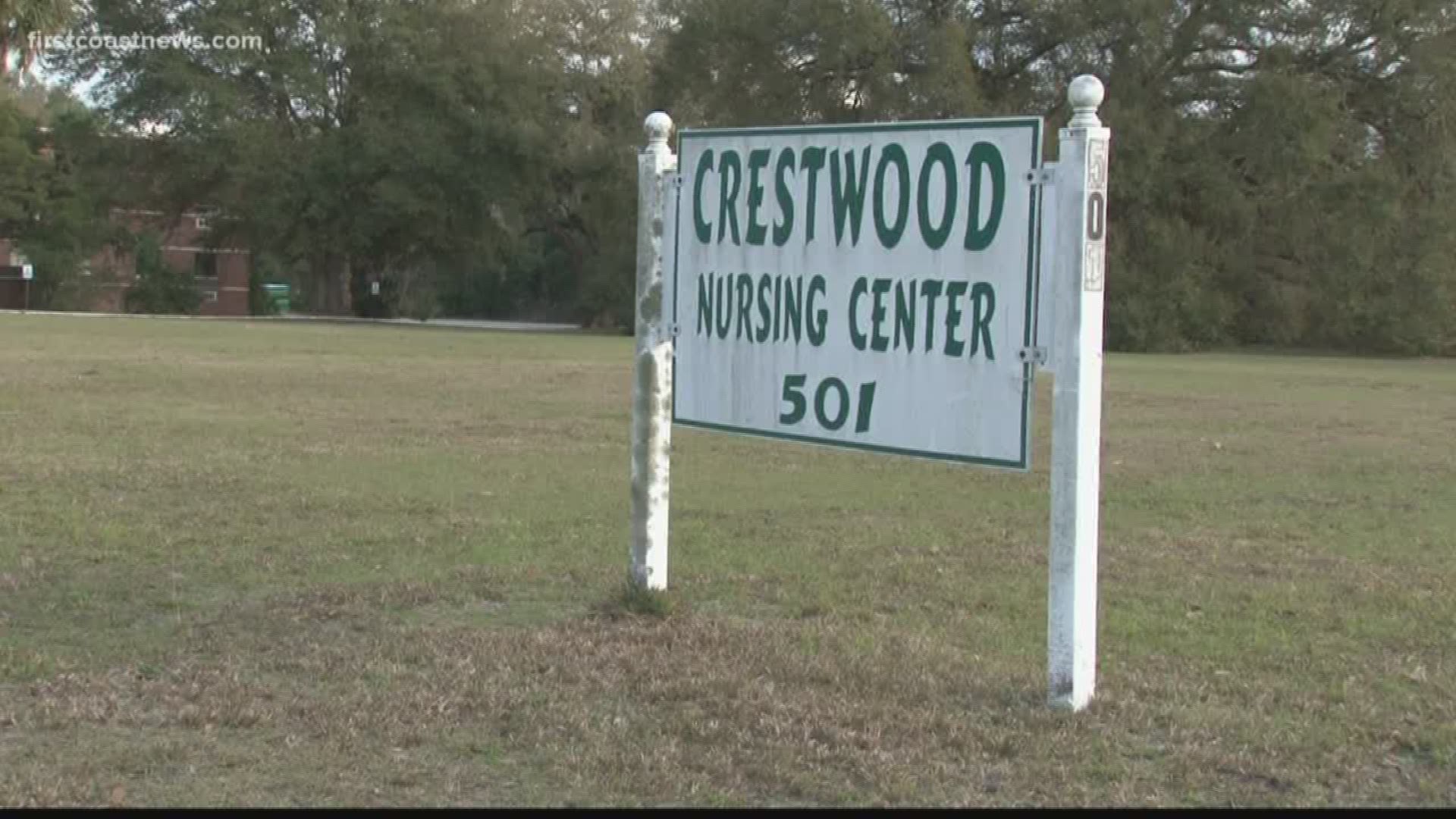 PALATKA, Fla. — The Crestwood Nursing Center is open and operating, but the state says it found deficiencies that could cause ‘serious injury, harm, impairment or death to a resident.’

A 54-page report reveals at least one incident where a patient died after a 5-minute delay on starting CPR when they were found unresponsive.

“We want the residents to get good care. That’s the bottom line," said Brian Lee, the executive director of Families for Better Care, a non-profit consumer advocacy group.

He read the state’s report and is familiar with Crestwood’s past, which included a moratorium last year on accepting new patients.

That was lifted earlier this year.

“It was pretty bad, to the point where they issued an emergency sanction against the facility and this was a shot across the bow, the line in the sand, if you will," said Lee.

Nurses told state investigators they are certified in CPR but didn’t ‘feel comfortable’ doing it. The center was fined $53,000 for several violations and the order, which was signed by Crestwood’s president and attorney, gives them until June 30th to find a new owner.

The center is not eligible to renew its license.

“We are not closing Crestwood nor are we planning to sell anytime in the future," said Crestwood Administrator Brenda Smith.

She disputes the state’s findings, calling them inaccurate. However, in a statement, the state’s agency for Health Care Administration confirmed to First Coast News Crestwood "must change ownership in 120 days."

The Agency for Health Care Administration website has information on recent inspections on nursing homes across the state.

You can also search nursing homes across the country, by clicking here.