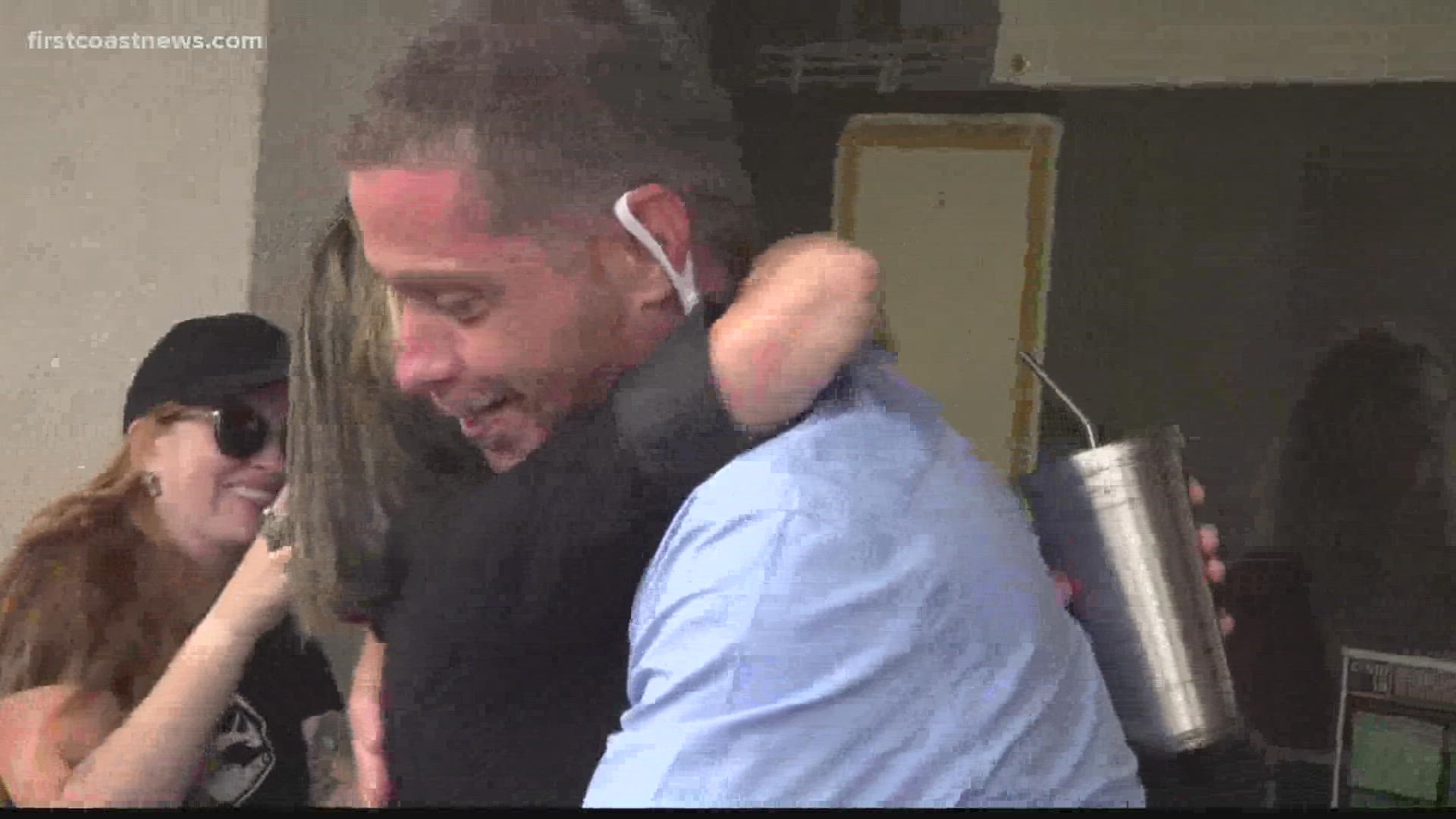 DUVAL COUNTY, Fla. — A Jacksonville man was released from the Duval County Jail after an armed robbery charge against him was dropped Wednesday.

The State Attorney’s Office for the Fourth Judicial Circuit dropped the charge against 36-year-old Dustin Duty, leading to his exoneration. Duty spent more than eight years behind bars.

The decision follows Florida’s First District Court of Appeal issuing a unanimous written opinion overturning the wrongful armed robbery conviction of Duty on July 15, 2021, according to the Innocence Project of Florida.

During the 2013 incident, the victim in the case was robbed at knifepoint in broad daylight in the San Marco area in Jacksonville.

The suspect reportedly stole cash from the victim and fled on foot. After the robbery, officers brought the victim to a convenience store blocks away where Duty was apprehended leaving the store after buying a beer and cigarettes.

Despite not matching the description or attire of the alleged robber, the victim identified Duty as the suspect.

Duty was convicted based on the testimony of the victim. Despite having an alibi from his boss and being dressed differently than the alleged suspect, Duty’s trial counsel failed to fully investigate. IPF said they also failed to present this critical evidence or properly challenge the unreliable identification.

IPF and the Miami Law Innocence Clinic took on the case in 2016 and presented phone records that demonstrated Duty was dropped off in the area after the crime. The victim later provided new facts revealing that she was pressured into identifying a suspect even though she was unsure at the time.

After an incorrect denial of postconviction relief by the trial court, the appellate court issued an opinion overturning Duty’s conviction and remanding the case for a new trial.

In its opinion, the court held that "Duty’s trial counsel was ineffective for failing to investigate and call an alibi witness, for failing to impeach a detective, and for failing to move to suppress a highly suggestive show-up identification."

The appellate court further held that "those errors taken cumulatively were grounds requiring relief." Specifically, the appellate court stated, "[d]ue to the individual and cumulative effect of errors, we find [Duty] did not receive the representation guaranteed him by the constitution, calling into question his conviction.”

The First District Court of Appeal’s opinion can be found here.

Following the appellate court’s holding, the state dropped the case.

“We are thankful that the State understood the impact of the appellate court’s opinion and realized the only just decision was to not retry a case with no evidence pointing toward Dustin Duty’s guilt and with only significant evidence of his innocence remaining. We look forward to walking Dustin out of the jail and helping him as he reintegrates back into free society,” said Seth Miller, IPF’s Executive Director and co-counsel for Mr. Duty.

“After five years of strenuous litigation, this victory finally secures Mr. Duty’s long-overdue release,” said Craig Trocino, Director of the Miami Law Innocence Clinic and co-counsel for Dustin Duty. "While we can’t give him the last eight years of his life back, we are honored to have secured his freedom and cleared his name."