This move is strongly supported by one senator from the First Coast. 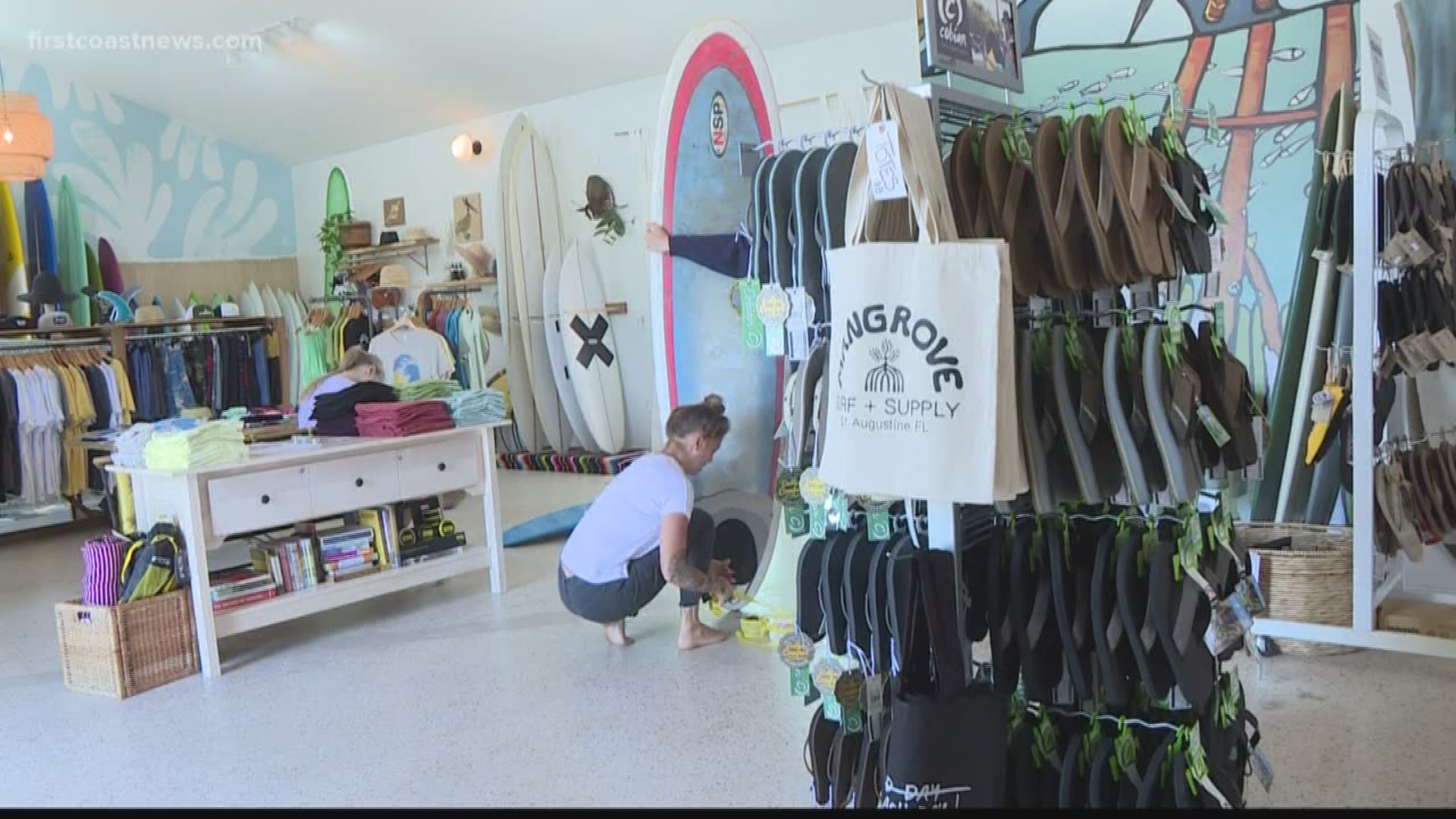 SAINT AUGUSTINE, Fla. — A measure by the State of Florida would financially penalize local cities that ban chemicals in certain sunscreens that harm coral reefs.

This move is strongly supported by one senator from the First Coast.

Lauren Estes was surprised to hear about the move. She owns Mangrove Surf Shop in St. Augustine. She developed and now sells a reef safe sunscreen.

"Of course I wanted to make sure whatever we're putting on ourselves when we get in the ocean isn't going to harm our very fragile ecosystems, like coral," Estes said.

Some studies have shown certain chemicals in sunscreen can harm coral.

The Senate Transportation, Tourism, and Economic Development Appropriations Subcommittee is considering a move that would not allow Visit Florida to distribute tourism funding to any city or county government which bans sunscreen with the harmful reef chemicals oxybenzone and octinoxate.

Senator Travis Hutson, who is also chairman of that subcommittee, represents part of the First Coast. He supports the measure.

He told First Coast News, "I think it's unfair for us as taxpayers to tell Visit Florida to spend several millions of dollars in other countries and other states to come down here, and if they go visit one of these local governments, they're going to realize their favorite sunscreen is banned."

Travis says he doubts the studies that say these two chemicals harm coral reefs.  He says tourists may not use sunscreen at all if they can't find their favorite in stores.

"We could be renamed through tourists, instead of the Sunshine State, they'll think of us as the melanoma capital of the world. I think that's a terrible idea," he said."

"I question the motives behind their reasoning for it," Estes said. "Potentially due to financial backing?"

A search of his campaign contributors appears he is not supported by those companies.

Key West is the only Florida city which as banned stores from selling sunscreens with those two chemicals.  Miami Beach has considered it.   Hawaii has also created the same ban.

Estes said sunscreen companies should be able to reformulate and not use oxybenzone and octinoxate.

"So if I can do it, very simply and effectively, these huge corporations certainly can," she noted.