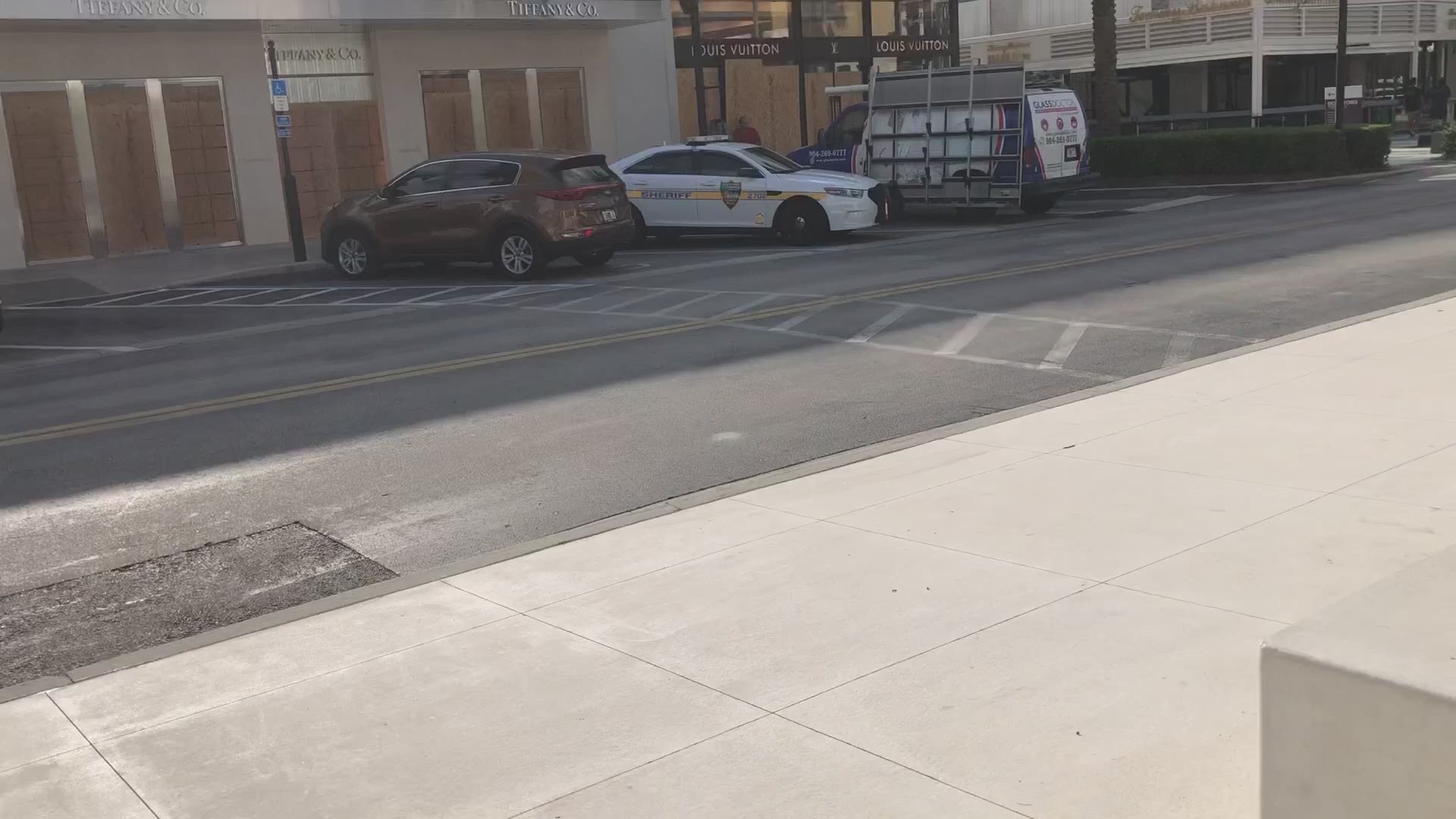 JACKSONVILLE, Fla — Businesses and stores in the St. Johns Town Center have boarded up their windows Monday following a weekend of protests that left behind damage in Downtown Jacksonville.

This follows Saturday's protest against racial injustice which started as peaceful but then turned violent, culminating in multiple arrests, injured Jacksonville Sheriff's Officers and damaged buildings.

First Coast News confirmed the total number of arrests thorough law enforcement officials. According to those figures, the protests resulted in 25 arrests on Saturday and 54 on Sunday (including one juvenile arrest).