The district says the survey, made up of nine questions, provides an opportunity for parents to provide input on the dress code policy. 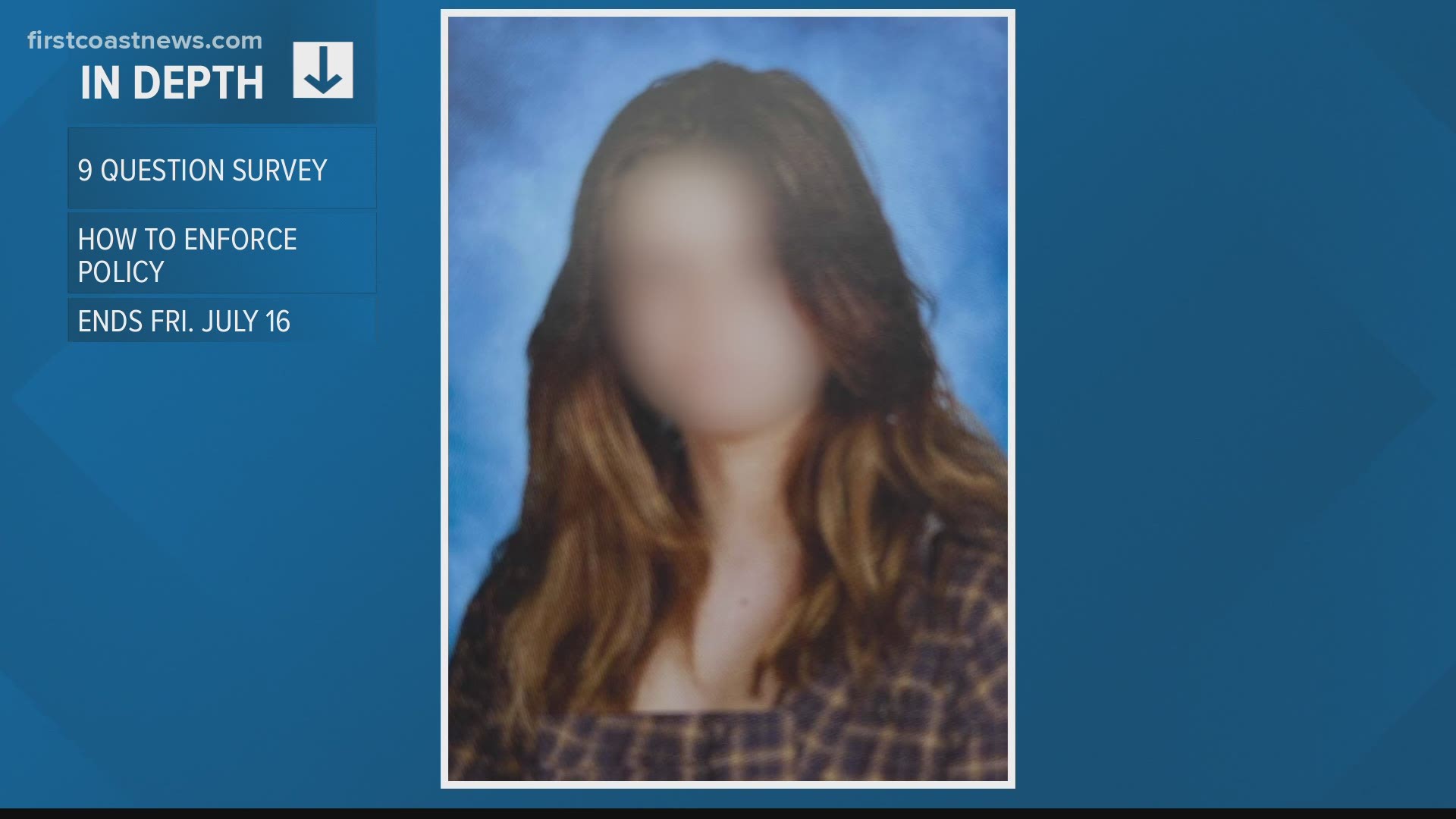 ST. JOHNS COUNTY, Fla. — The St. Johns County School District sent out a survey to parents this week to get feedback after a school year full of dress code-related controversy.

The district says the survey, made up of nine questions, provides an opportunity for parents to provide input on how they feel the dress code policy should be enforced.

"The primary responsibility for a student’s attire resides with the student and their parent(s) or guardian(s)," the district said in an email to parents. "The St. Johns County School District will implement a dress code that supports a safe and positive school climate. The dress code should be fair, equitable, and consistent for all students..."

Questions on the survey are multiple-choice and give a series of statements from which parents can choose "Strongly Agree,' 'Agree,' Disagree,' or 'Strongly Disagree'.

There is also a box at the bottom that allows for open-ended feedback. The survey will be open until July 16.

The issues began last year when a group of parents teamed up online with the goal to change the dress code policy in St. Johns County schools. The Facebook group quickly grew to almost 1,000 people.

The main concern for parents was the inconsistencies in the district’s dress code policy for girls versus boys.

Then in May of 2021, students at Bartram Trail High School in St. Johns County opened their yearbooks to find more than 80 female students’ photos were edited to censor out their chests.

It’s a story that gained national and even international attention.

Not only did the edits spark controversy, but so did the way that the edits were made. It appears small sections of the student's clothing were cut and pasted over their chests, which many parents say ruined the photo completely.

RELATED: 'You've made them even more of a target': 83 high school girls have photos digitally altered to cover chest in St. Johns County yearbook

As a result, St. Johns County school district formed a dress code committee after hearing input from parents and students upset about ongoing issues with the dress code in the county.