A mom says her daughter received threats saying she should be killed like Tristyn Bailey. The St. Johns County Sheriff's Office has received a report. 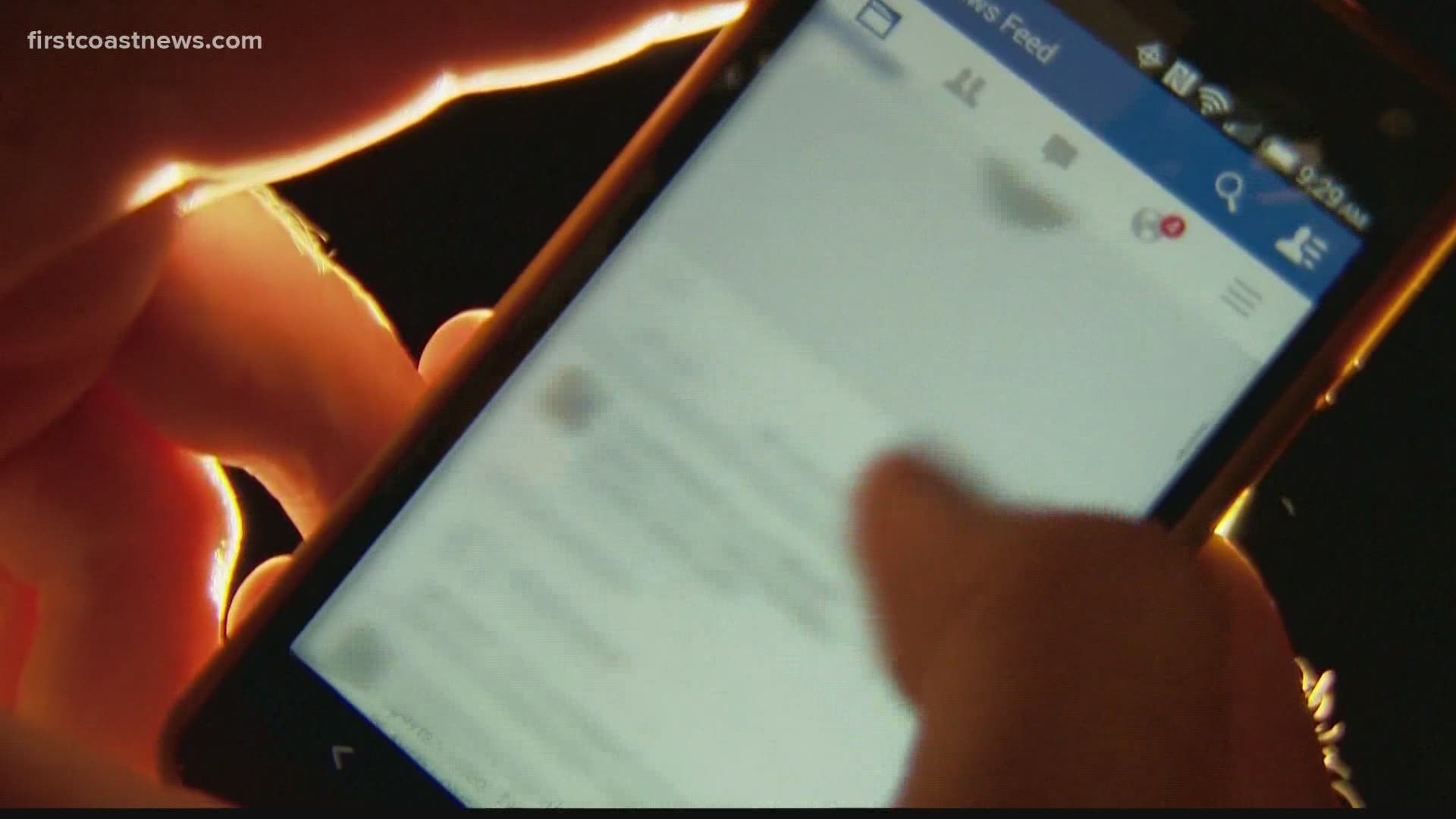 The mom claims threatening messages and videos, including one allegedly of a boy pointing a gun at her daughter, were sent in a group chat last week.

“She was being called names you don’t want to repeat, she was told to die and be killed like Tristyn Bailey. ‘She should be killed Aiden Fucci style, shot between the eyes,’” the mom said.

The mom, who wishes to remain anonymous says she reported the bullying to the St. Johns County School District and to the Sheriff’s Office, who says the report is on file but was not able to provide First Coast News a copy.

The mom confronted the bullies in a video call within the group chat.

“I screamed this is her mother and said this is enough, they started to leave the chat room and I didn’t know, I wasn’t super familiar with how to do a screen recording.”

Her main concern with the app is how messages disappear once someone leaves a group, according to Snapchat rules. Some screenshots show the abuse the daughter reported.

She wants other parents to be aware of how certain apps work and how to report abuse as well.

She says this is a wake-up call and a reminder for parents to be openly communicating with their children about what apps they use and the terms and conditions in place.

“It’s heartbreaking to see what’s going on in the aftermath,” the mom said, referring to the death of Tristyn Bailey.

We have reached out to the St. Johns County Sheriff’s Office for additional information. A police report was filed but was not available to First Coast News at our deadline.

You can report bullying within the St. Johns County School District at this link.

Steps to report abuse in Snapchat both through the app and online can be found here.