Tristyn Bailey was reported missing Sunday morning after last being seen around 1:15 a.m. at the Durbin Amenity Center. 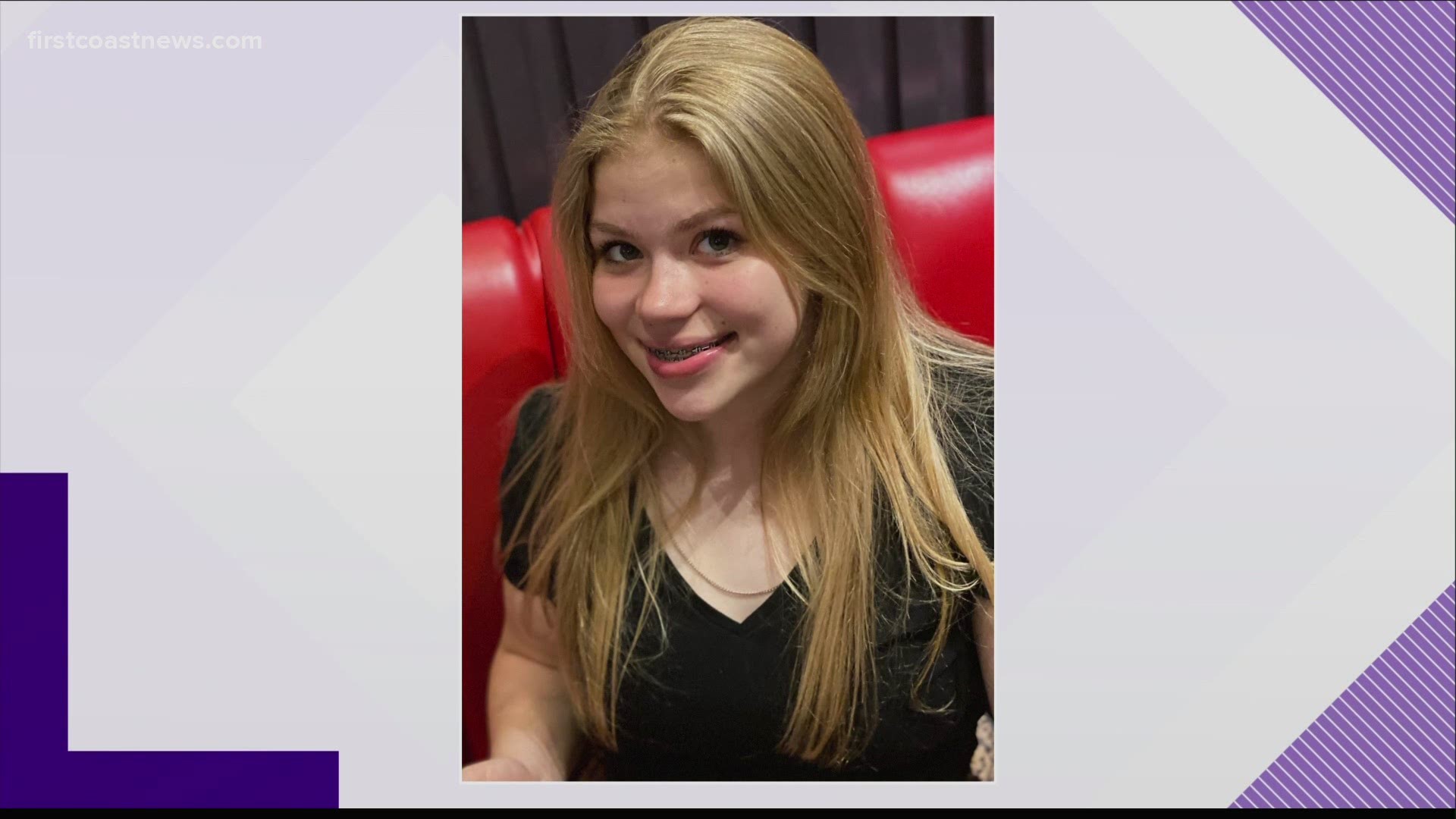 ST. JOHNS COUNTY, Fla. — The St. Johns County Sheriff's Office says they have found a body that is believed to be 13-year-old Tristyn Bailey who was reported missing early Sunday morning.

Bailey was last seen around 1:15 a.m. at the Durbin Amenity Center. She was reported missing to authorities around 10 a.m. and after some time had passed, the Florida Department of Law Enforcement joined search efforts and issued a Florida Missing Child Alert for Bailey Sunday afternoon.

Neighbors, teammates, and deputies had been searching for the teen all day before the sheriff's office called off the search at around 6 p.m.

First Coast News has confirmed that grief counselors will be available Monday at the school Bailey attended, Patriot Oaks Academy.

"I love her so much. It makes me really sad that the last time I saw her was at cheer," a friend and teammate said.

A close friend who cheers with Bailey says she talked with her Saturday night on Snapchat at around 10 p.m. "She's a really good athlete and she's strong and I'm just heartbroken."

Authorities are still in the early stages of their investigation.

The sheriff's office has not released any other information at this time and is expected to provide another update Monday morning.

The St. Johns County Sheriff's Office is searching for a 13-year-old girl who was reported missing early Sunday morning.

Tristyn Bailey was last seen around 1:15 a.m. at the Durbin Amenity Center. She was wearing a white cheerleading skirt and a dark-colored shirt with black Vans sneakers.

Bailey is described as being 5'04", 120 lbs, with blonde hair and green eyes. She has multiple birthmarks on her face, a scar on her right forearm, and braces.

The Florida Department of Law Enforcement joined search efforts and issued a Florida Missing Child Alert for Bailey around 4:50 p.m.

The crime scene unit and a unified command center are currently on scene at Veterans Park in St. Johns County. Our crews have also confirmed that there are at least 10 police cars on scene.

Members of the community have gathered at the park to search for the teen.

The story continues below.

The St. Johns County Sheriff’s Office is currently seeking the whereabouts of a missing child who was reported missing earlier this morning by family.

The individual has been identified as Tristyn Bailey who is a 13 year old white female. (1/3) pic.twitter.com/krno3rvjfR