ST. AUGUSTINE, Fla. -- A First Coast woman is watching what’s going on in Texas and is remembering  her own hurricane survival story.  She nearly died from an infection she contracted after hurricane Matthew.She contacted First Coast News because she wants others to know how dangerous hurricane debris can be. 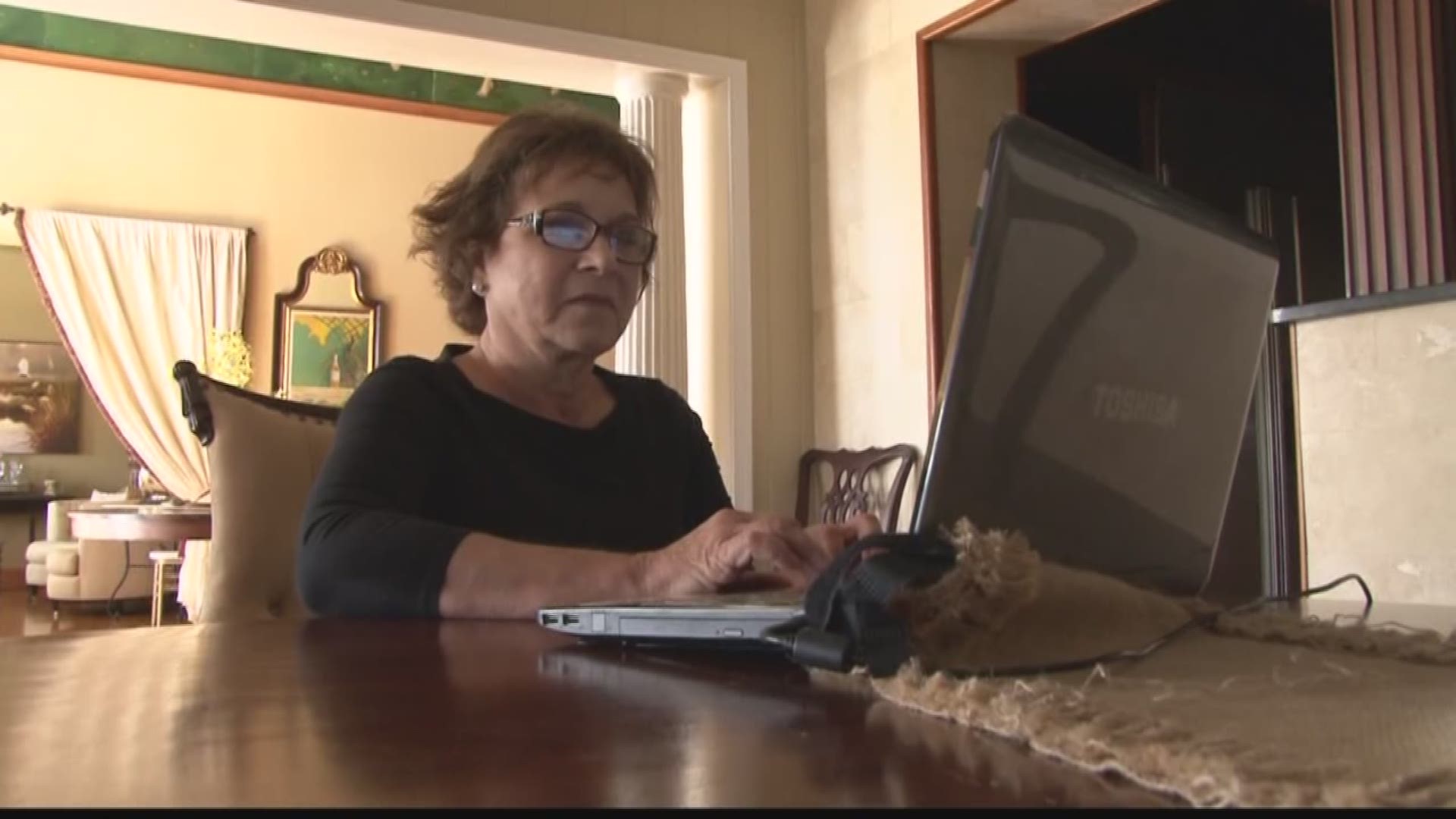 ST. AUGUSTINE, Fla. -- A First Coast woman is watching what’s going on in Texas and is remembering her own hurricane survival story: She nearly died from an infection she contracted after Hurricane Matthew.

Bonne Jones of St. Augustine is a realtor. After Hurricane Matthew hit last fall, she checked on a client’s home, and she accidentally stepped on a stump and cut her foot.

"It was a pretty big chunk of cedar," she said. "It was that kind of hurt that you want to say every bad word you know, but I didn’t think anything about it. I came home and cleaned it up."

She then went into her garage in Davis Shores to clean up her own hurricane mess.

"And of course there was contaminated water there," she remembered.

Though her foot seemed fine, she said it got infected from the flood waters.

"It never turned red, never had a green line. Never had anything that would lead you to believe there was an infection," she said.

Over the next few weeks, she felt tired and winded and her back hurt, but she just thought it was other things causing all that.

"I can make up an excuse for anything!" she exclaimed.

About a month after the hurricane hit, Jones was in so much pain that one day that she went to the emergency room. After tests, doctors determined she had double pneumonia, septic shock and meningitis.

Sepsis happens when there is harmful, toxic bacteria in the tissues. Jones also had acute respiratory distress syndrome. Basically, her lungs were full of fluid, and it blocked oxygen from getting to her organs.

On top of all that, she couldn’t move her legs.

"The infection had gotten into my lower spine, into my neck, and paralyzed me," Jones explained.

The doctors said Jones was near death.

Doctors at Mayo Clinic asked where she could have gotten the infection.

She remembers telling them, "'The only thing I’ve done is I ran into a stump.' They were just in shock."

Jones said the medical team believes that piece of hurricane debris she stepped on was the infection culprit "because the wood had been saturated by the hurricane water. Between that and going and cleaning out the garage."

The infection "hit my blood stream and settled in my spine," she said.

After surgery and months of physical therapy and lots of prayer, Jones is now walking with a cane, even though many doctors didn’t believe she would.

She wants people to know that hurricane debris and flood waters can be dangerous.

"It breaks my heart seeing these people in Texas in chest-deep water, knowing what can happen," Jones nodded.

Thinking about all she's been through this year, she held back tears and said, "I’m blessed to be here. It’s just been a long hard road. And it’s going to be longer and harder."