Tuesday was her first day back since being diagnosed with Guillain Barre syndrome. She was in the hospital and rehab for six weeks 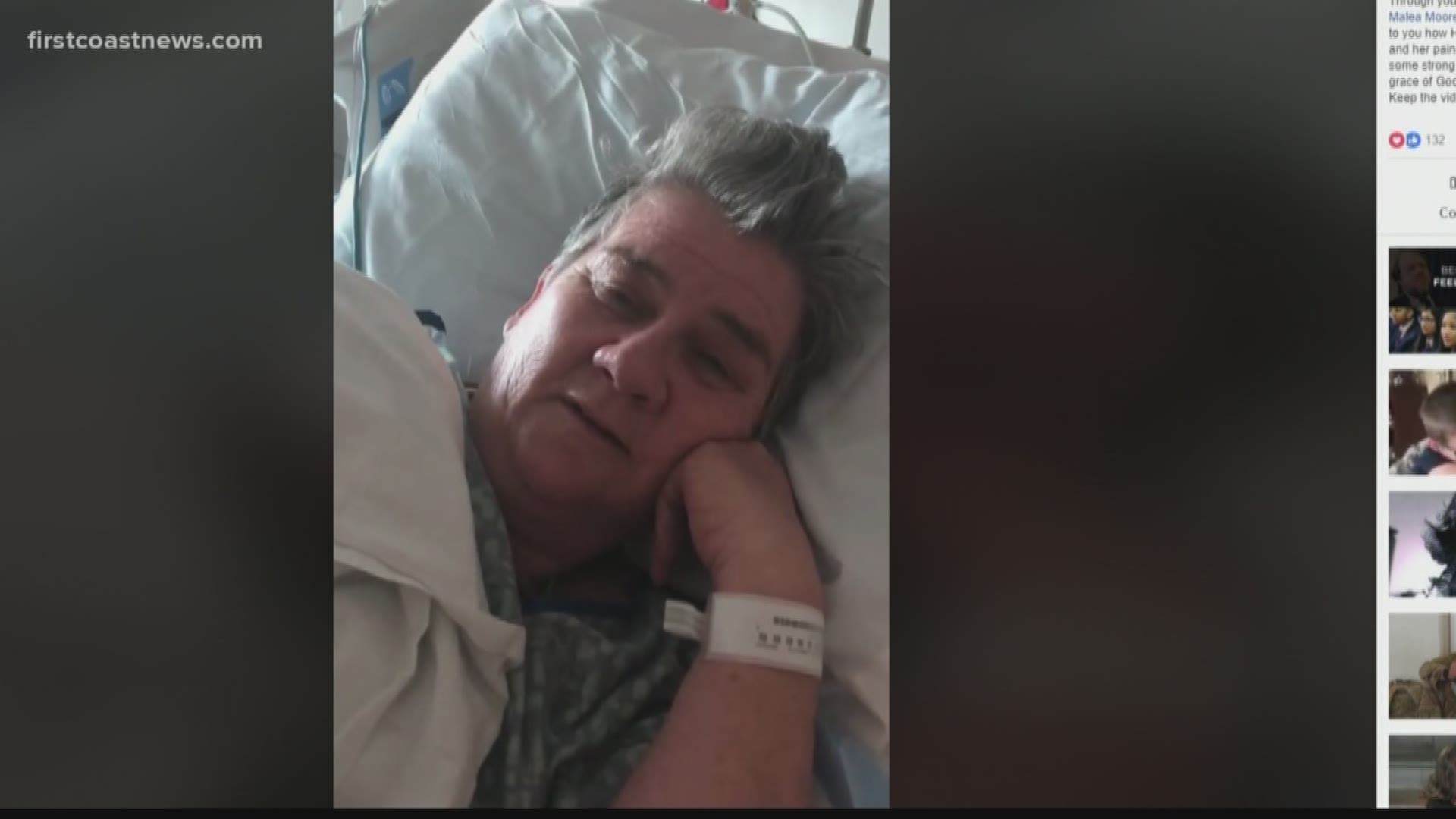 ST. JOHNS COUNTY, Fla. -- A very active local woman was diagnosed with a rare disease that paralyzed her this year. She is bravely fighting it. Even so, she went back for the first time since her battle to the program that she created to low-income elderly people.

Malea Guiriba showed up at the Pie in the Sky warehouse on Riberia Street in St. Augustine, and it was bustling.

She created this program that delivers food every two weeks to low income seniors in St. Johns County.

"It's to help them eat better, age in place, stay in their homes longer," she said.

Tuesday was her first day back since being diagnosed with Guillain Barre syndrome. She was in the hospital and rehab for six weeks

"It's a syndrome that attacks your nerves and strips them of conductivity that makes everything work," Guiriba explained. "So half my face was paralyzed."

She said it was sudden too. "One day you're walking, and then next day, you're not. Like that," she snapped her fingers.

She's been out of the hospital for a month now.

"I still can't walk, but I will. You get better," she nodded.

Malea wanted to come back to Pie in the Sky to pack groceries, and it feeds her soul.

"This is therapy right here," she said.

Then it was time to deliver the food. Malea's destination is a low income senior apartment complex in St. Augustine.

"We're going to be so excited to see them," she said.

People were waiting for Guiriba and the food.

She received and gave many hugs to the people who live in the complex.

One food recipient said, "I think they're the most beautiful people in the world because they're so caring. They care about people like me."

Another woman said, "Oh it's a blessing because vegetables are getting higher and higher every time you go to the super market. It's not only that. They say 'hello.' They're pleasant, and they make you feel better. Cheers you up."

Little do they know, Malea is the one getting cheered up.

"It's good to get back to ya'll and see your smiling faces," she beamed.

The Pie in the Sky slogan is 'delivering hope.' After what Guiriba has been through this year, hope means even more.

"What else are you going to have? Hope and faith," she said.

For more information about Pie in the Sky, click here.